With No Cross No Crown enjoying its 10th month since exploding into the Metal arena, Corrosion of Conformity finally bring their crushing live show back to Ireland for a master class in no-bullshit, haze-fuelled, hard-desert rock. 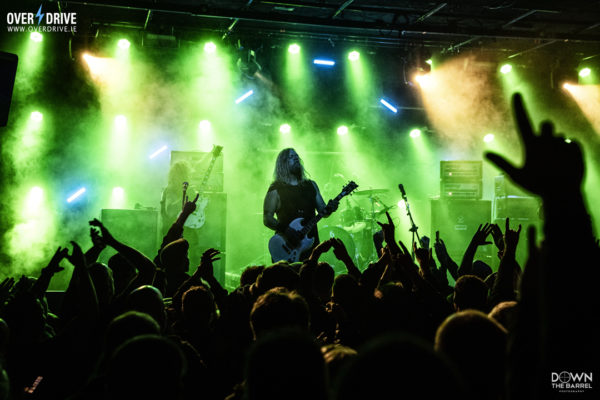 The Tivoli swings open its doors to a slow trickle of punters on this chilly Monday night for the return of Two Tales of Woe who last performed in Dublin back in….forever!

Now a five-piece, it’s clear that a few adjustments here and there have boosted the lads’ confidence as the tunes are faster, heavier and dripping with swagger. Frontman, Carl King commands the Tivoli stage with ease as he leads guitarists Dan Walsh, Ross Duffy, drummer Johnny Kerr and bassist Christian de Brabandere through an impressive setlist that included ‘Hell Again‘ and ‘The Devils Mark‘ to name but a few. 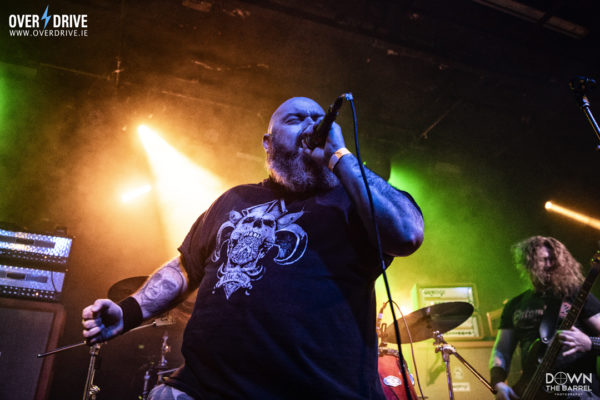 We are treated to a few new tracks which go down a storm with the increasing crowd who lap up the groove-laden riffs like a cat that got the cream. Great to see the lads back in action. Let’s hope they’re here to stay this time around.

As the stage lights glow with a sinister shade of slime-green, it can only imply the arrival of Ireland’s lords of sludge, ladies and gentlemen, Ten Ton Slug. I swear on my left bollock, every time I see these guys, they just get better and better. 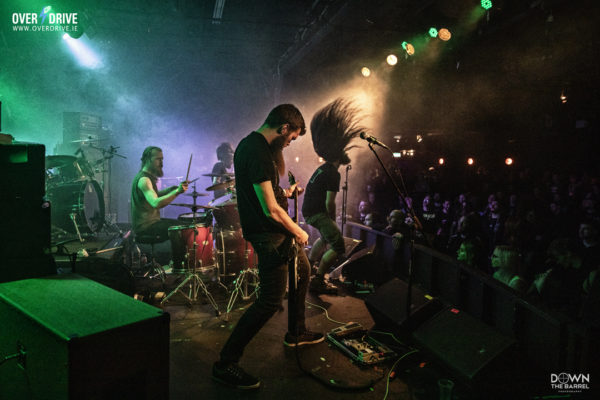 “The Slug”sounds fucking immense, to say the least. Low-end, spine-tingling brutal riffs, dripping with grove and served with the vocal talents of one Ronan O ‘hArrachtain, who calls for absolute fucking war, goating the crowd with: “Come on Dublin, you mother-fuckers!“.

The first pit of the evening opens its doors for business thanks to ‘Matriarch of Slime‘ which is the sonic equivalent of an atomic bomb. That fucking riff…It gets me every time. This being the first night of the COC mini-Irish tour, Ten Ton Slug mark their territory with absolute brutal style, as we all knew they would. One of Ireland’s best metal bands. Fact! 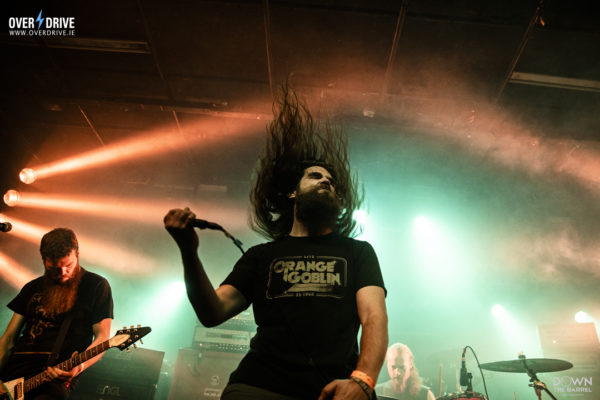 And so to tonight’s main attraction. Having seen COC many times in the past, I’ve always loved the way they take to the stage. There’s no fanfare per say, just balls-out hard ‘fuckin’ rock.

What we get tonight is just that. Opening up with ‘Novus Deus‘, Mike Deen appears from the wings as the stage under amber glow and a shit-tonne of dry ice. Pepper takes centre stage, while Woodroe Weatherman hunches over his beat-up looking guitar and it sounds every bit as good as I’m describing. 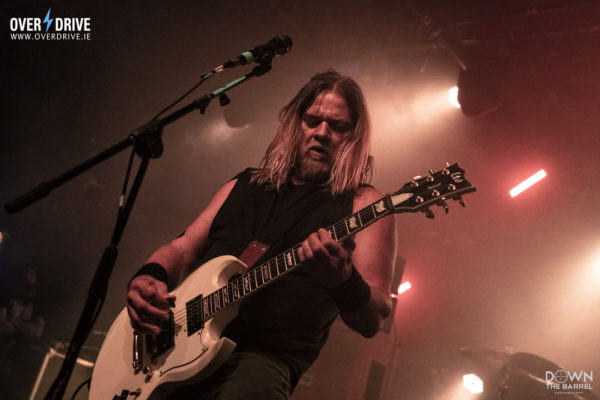 With the venue now packed, a slew of bangers come at us fast and thick such as ‘Diablo Blvd‘, the magnificent ‘Seven Days‘ and a debut performance of ‘Forgive Me‘, which is taken from their latest offering.

You would be mistaken thinking that this was a raging Saturday night as the beer flowed and the chugging riffage gushes from the venues PA., C.O.C have the power to turn any day of the week into an end of days style party, where the power of the riff, literally compels us all.

With a setlist that swang all over the bands rich legacy, there were many stand-out moments, however ‘Albatross‘ did a sensational job in levelling the place before tonight’s mind-bending extended jam version of ‘Clean My Wounds‘ see Keenan wander into the audience before finishing the remainder of the track from the front of the stage. Now that’s how you put on a fucking rock show. 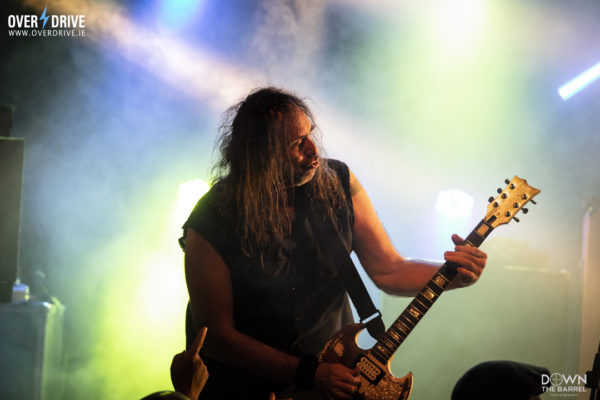 As they bid their farewell, Corrosion of Conformity will continue to do some serious damage in Limerick and then Belfast before they sail over the UK for their adventures with the one and only, Orange Goblin.

No Cross No Crown is out now via Nuclear Blast. Make your life better and pick up a copy here. Keep an eye out for our feature interview with Woodroe Weatherman coming soon.

It Is That Way

Born Again for the Last Time

Who’s Got the Fire

Vote With a Bullet

Photos – Down The Barrel Photography 2018, exclusively for Overdrive.