Dark Tranquility finally made their debut on Irish soil this past Wednesday night with co-headliners Ensiferum and special guests, Nailed to Obscurity and Brunhilde. 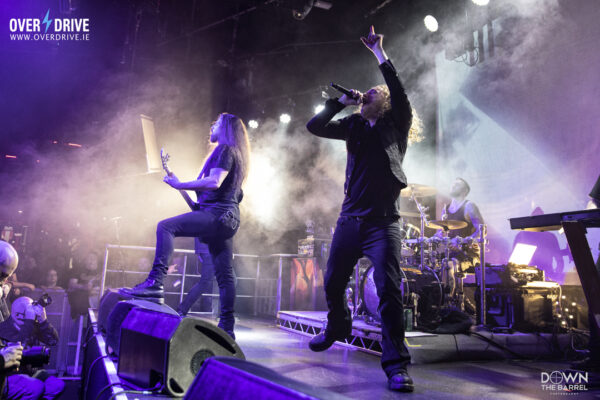 ©Down The Barrel Photography for www.overdrive.ie © 2022

Walking into The Academy was a jubilant experience since it was the first time since December 2019 I entered the building just before Nailed to Obscurity took to the stage, sadly missing the nights opening Brunhilde.

The venue was starting to fill with attendees in great form, anticipating a wonderful night of Melodic Death Metal.

Germany’s Nailed to Obscurity burst on to the stage with their opener “Black Frost” bringing their melodeath doom atmosphere to an Irish audience for the first time.

Next up ids “Protean” from their excellent 2017 release. King Delusion. They offer up a new release “Liquid Mourning” for the growing and attentive audience. Unfortunately, their Katatonia-esque “Deadening” is slightly marred by technical difficulties, and the loss of one guitar, but they soldier on. 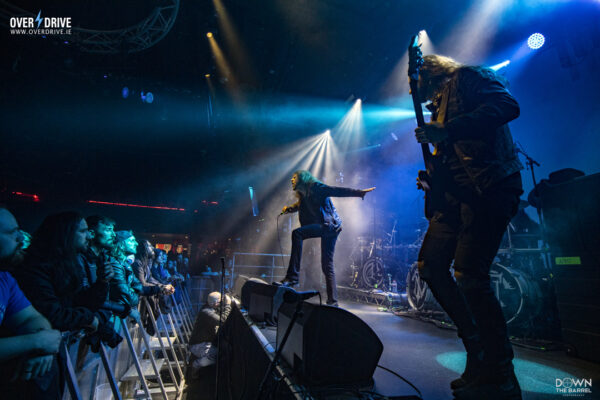 Nailed to Obscurity ©Down The Barrel Photography for www.overdrive.ie © 2022

Guitar restored the band finish with the crushing “Desolate Ruin “where vocalist Raimund Ennenga enquires from the audience had they sufficiently warmed the crowd up, and there was no doubt that they certainly did.

The audience eagerly await Finnish Folk festival legends, Ensiferum to the stage and a gleeful atmosphere builds. The band saunter on to the background instrumental Seafarers Dream to raucous applause and erupt into Run Women Victory as The Academy burst into song for the first time of the evening. 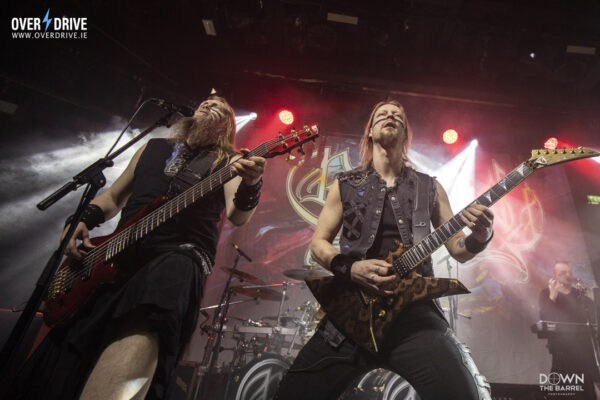 Ensiferum ©Down The Barrel Photography for www.overdrive.ie © 2022

Quickly followed up with the catchy Andromeda, offering up harsh vocals supplied by guitarist Petri Lindroos supplemented by clean vocals by new keyboardist Pekka Montin. A sword arises from within the crowd, though it may be made of foam it adds to the jovial atmosphere. Older tracks such as One More Magic Potion and Into Battle see moshpits form at the stage front as jolly-kilt clad bassist, Sami Hinkka fist pumps willing punters along the stage barrier.

The foam sword makes many appearances for its own tune “In my Sword I trust”. “From Afar” closes the set to an adoring, happy and fully warned up audience.

As the sets are running nearly 30 minutes late due to bands late arrival to Dublin, Dark Tranquility finally hit the stage to much applause and cheering.

They explode into the opener Phantom Days from their 2020 release Moment, followed by the wonderfully harmonic Transient. Frontman, Michael Stanne looks in amazement at the rapturous applause and adoration from the Dublin audience and apologizes that in the bands 33-year lifespan, it is their first visit to the country. 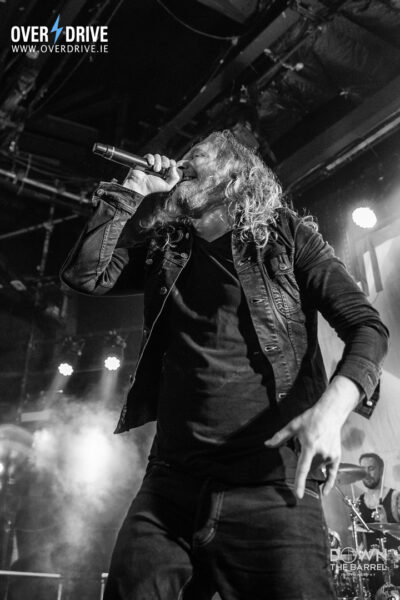 Dark Tranquility – ©Down The Barrel Photography for www.overdrive.ie © 2022

He promises not to be so long from the next visit. ‘Focus Shift’ from the album ‘Fiction’ further fuels the overjoyed crowd. ‘Atoma’ and ‘Encircled’ get an outing from 2016’ a fantastic album ‘Atoma‘.

A spellbinding night of Metal and a historical moment for DT who have finally made their mark on Irish soil. Hopefully, we’ll not have to wait so long for their return.

Check out the full gallery below: