Among his vastly successful roles as drummer for Nirvana, founding member and frontman for platinum global hard rock crew, Foo Fighters, Dave Grohl has once again turned his talents to another documentary ‘What Drives Us’, which is a must-see for any musician or passionate music fan. 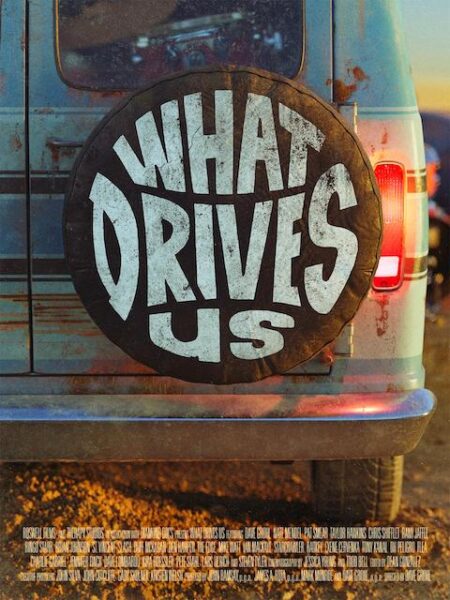 The premise of ‘What Drives Us’ couldn’t be more appropriate for the current [and tragic] fallout from the effects of Covid-19.

With the live entertainment industry in crises, ‘What Drives Us’ takes an informative and candid insight at the live industry from the perspective of the musician and what it means for them to be holed up in a stinking van traveling from show to show, collecting memories and fans along the way.

Grohl captures the true essence of life on the road from a who’s who of touring veterans including Metallica’s Lars Ulrich, ex-Slayer drummer, Dave Lombardo, Flea of Red Hot Chilli Peppers, Slash & Duff from Guns n’ Roses, Ringo Starr of  The Beatles, The Edge from global superstars, U2 and many more.

What unfolds over the course of the documentary is a series of funny antidotes from the likes of Minor Threat vocalist, Ian MacKaye to No Doubt’s Tony Kanal and a whole host more offering vintage footage archive footage. Grohl’s mission statement for this documentary is to bring the viewer into the mindset of the musician and to understand how vitally important it is for bands to be able to continue to undergo this age-old practice to evolve, not only as musicians but as creative individuals.

The growing concern of creative spaces being replaced by tower blocks, franchised coffee shops, and generic fast-food restaurants, or corporate office space is a global concern. A concern that falls on deaf ears to developers who care not, for an already endangered industry.

Grohl finds a perfect balance between storytelling and captivating footage reminding us about the importance of music not only for entertainment values but for helping out mental health and giving us a small corner of the world to be ourselves.

‘What Drives Us’ is a heartwarming, fascinating, and at times, romantic insight into the ups and downs of life on the road, which should be enjoyed by all. 8/10

“What Drives Us‘ will be officially released on April 30th and can be accessed on Amazon Streaming platforms. Check out the trailer below: