It’s a Saturday night, and that means that there’s partying to be done. Besides all the other stuff in Dublin on a Saturday night, the main venue for metalheads is the Button Factory, where European metal brings some of its finest wares for others to see, hear, and possibly take a chunk of it home! 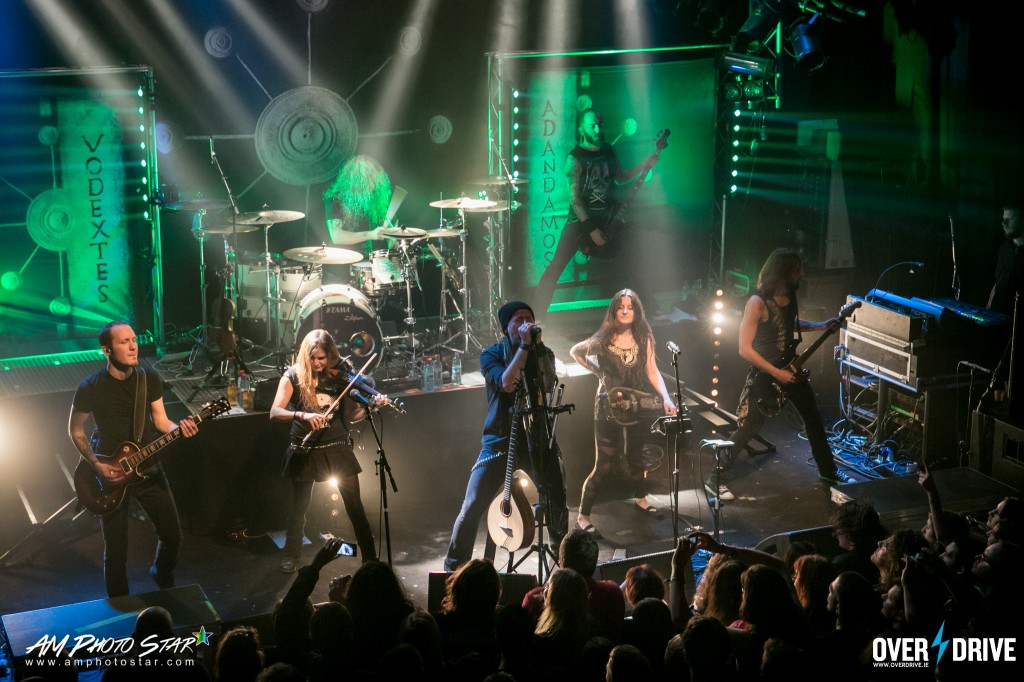 First up are Icelandic Viking folk metal skull-crushers Skálmöld. If thre was a band that could get blood pumping, its these guys. Astoundingly heavy, but melodic and well-rehearsed. Tighter than Sif’s corset and booming like Odin’s wrath, odes to Valhalla are screamed from the stage. The singer’s beard looks like it could cover a small house. But that’s another story. The venue is sold out, and already, at 6.10pm, there’s a sizeable audience. Their audio range starts from a low growl to a deafening roar, and Skálmöld revel in the work they do. Beats and cymbal smashes perforate the night, screeching guitar solos and awesome riffs shatter the eardrums of even the most seasoned gig-goer. I’m glad I have earplugs. Fresh out of the studio from recording their latest album “Med Vaetum” (Napalm Records), Skálmöld are ready to smash their way around the globe. Do yourself a favour – their new album is out now. Get it.

Arkona, are on next. Children of Mother Russia, they appear sans vocalist. The music begins, an after a few seconds, their singer sprints onto the stage carrying a large flat battle drum, beating to the rhythm of the fury that’s just been unleashed. There are very few female death growl singers out there, but Maria “Masha Scream” Arkhipova is up in the ranks with Angela Gossow and Otep Shamaya. I had never seen Arkona at a live show before, and if I wasn’t watching the stage, I’d swear she was a guy. The growls and deep roars are pivotal in expressing the anger and violence that was all too common in Viking/Pagan era Russia. The thumping bass drum and drop-tuned guitars pound the Button Factory’s swirling populous, now firmly gathered in the centre of the floor. In the midst of the commotion, a wall of death appears. I’m on the balcony upstairs (booo!), and can only watch as the walls collide on the command of Masha and co. 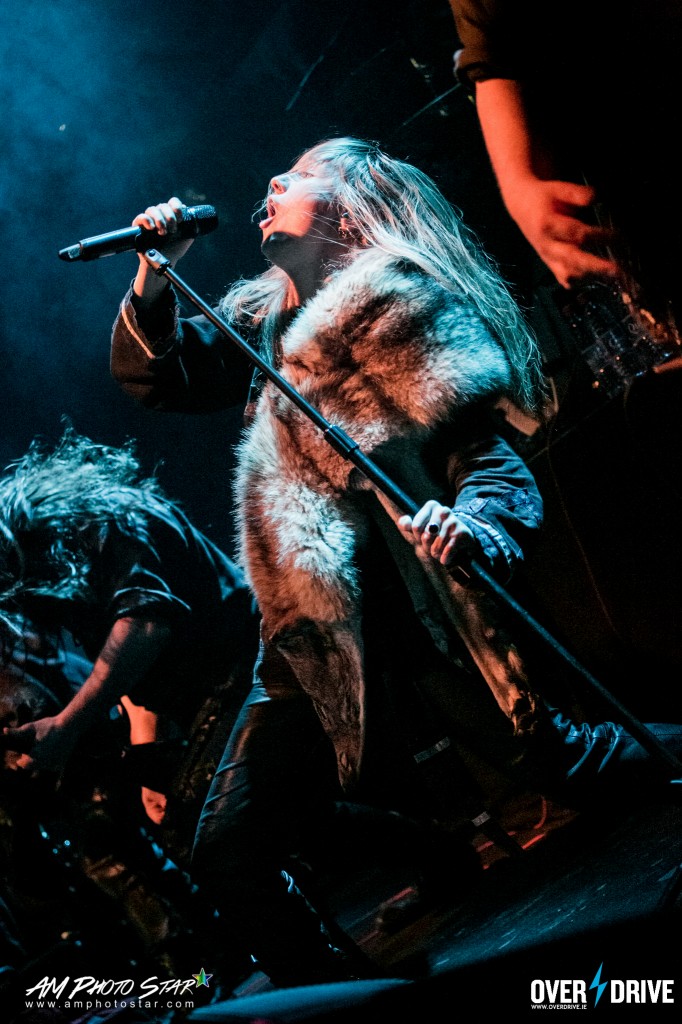 The two support bands would exhaust the hardiest of pit-seekers, but the best is yet to come. Having heard Eleuveitie, in all its glory, I think I’ve found a new favourite band. Eight members make up Eleuveitie, composed of Chrigel Glanzmann: vocals, mandola, mandolin, tin & low whistles, bagpipes, and bodhràn (talented guy), Ivo Henzi and Rafael Salzmann on guitars, Anna Murphy-Hurdygurdy on vocals and flute, Nicole Ansperger on fiddle duty,Patrick Kistler, also on tin & low histles and bagpipes, Kay Brem on bass, and Merlin Sutter on drums. It’s like a folk version of Slipknot but without the dj. Not that they lack in technology: the light show is amazing. There are 2 small stages on either side of the drum kit with metal platforms over them. All but Glanzmann take turns being illuminated by strobe lights from beneath, and are silhouetted against the backdrops to the beat of the drums. 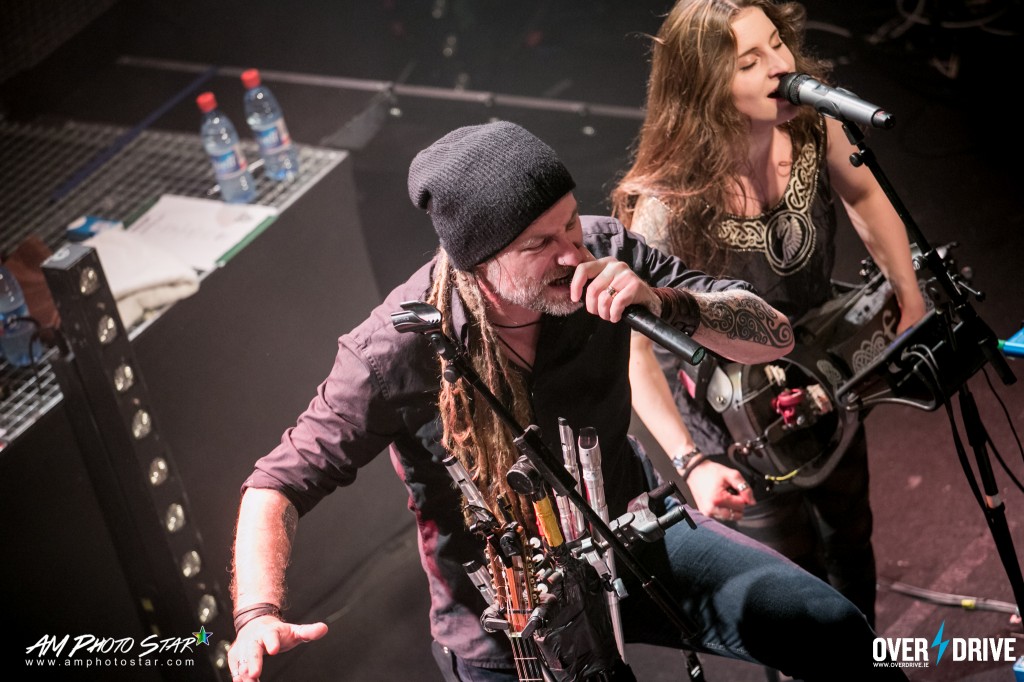 They are missing Kistler due to a family reason, we’re told. But even with a man down, Eleuveitie continue as if nothing were wrong. You don’t get the feeling that there’s someone missing. After the first few songs, there’s a fewvoiurite played – “Call of the Mountain”. We are asked if we want it in English, or in Swiss-German. Now there’s dedication! That particular song was recorded in 6 different languages, but we’re not told which ones. We get a Swiss-German delivery, and the entire building sings along. Except me. I can’t speak Swiss-German. 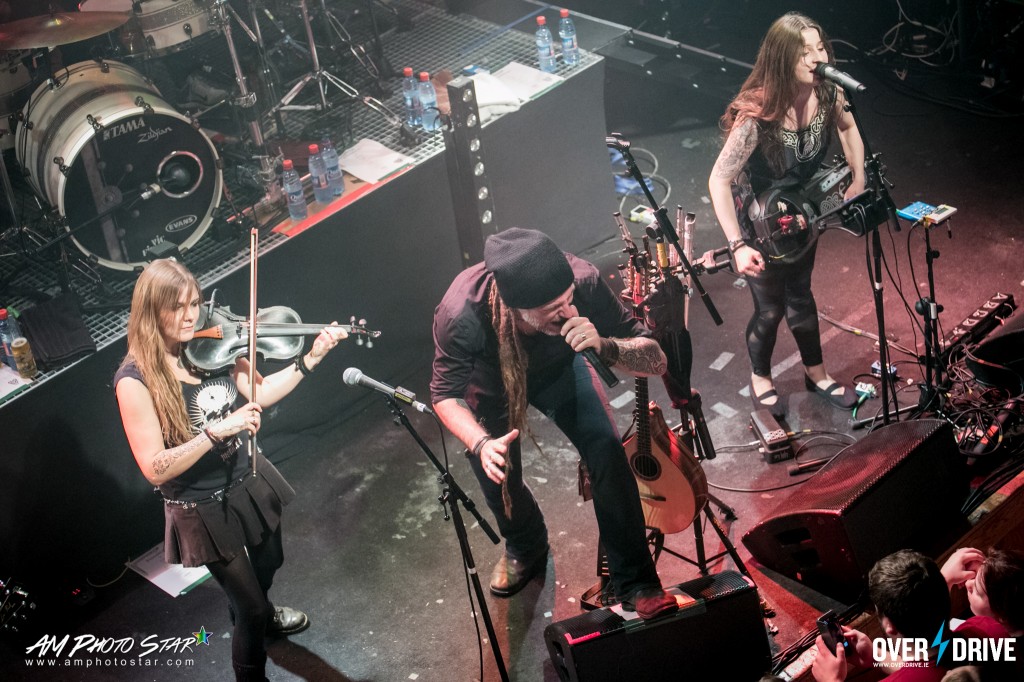 “Kingdom Come Undone” is another crowd-pleaser. I’m observing Sutter on his elevated stage – his head looks like it’ll fall off. He’s banging it more than some people in the newly formed wall-of-death, and that includes people being flung skywards. Obviously enjoying himself and what he’s doing. This song clearly evokes their black metal roots, but they make it a little more eloquent in their delivery of an otherwise brutally heavy song. Murphy-Hurdygurdy also takes on vocal duties, and that little lady can scream! She and her female counterpart Ansperger windmill their long hair across the stage, and it’s especially awesome when they both take a side of the drumkit and are lit up by the strobe lights. Glanzmann has a variety of wind instruments on a rack in front of him, and hearing him duel with two electric guitars is nothing short of spectacular. Raw talent that isn’t going to waste is always a pleasure to see. 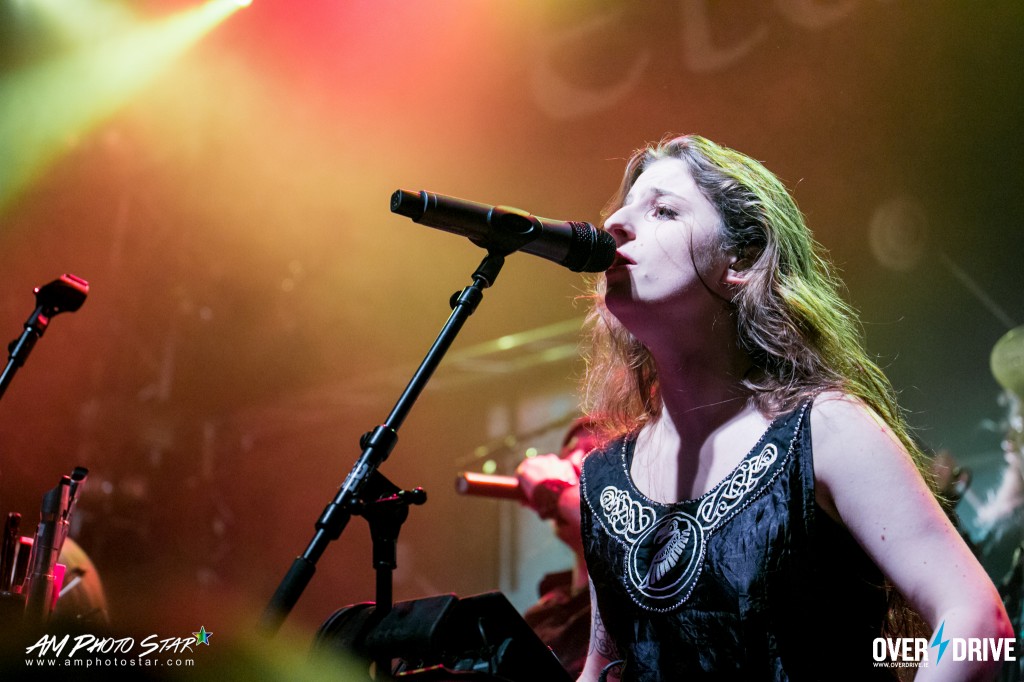 As the night ends, Eluveitie treat us to 2 encores. Vladimir “Volk” pitches in (on lend from Arkona), on bagpipes to fill in for the missing Kistler. He does a fine job of supporting his fallen comrade’s position. All in all this was an absolutely smashing gig; one that took me totally by surprise. I half expected a folky, rock-flavoured nod-fest. Instead, I got an eviscerating, gut-wrenching, head smashing heavy metal blitz-athon that would rival any mainstream metal act, which includes their entourage. All 3 bands are currently on tour; Skalmold are touring Europe, Arkona are confirmed for Hellfest (YESSS!!), and Eluveitie are presently tearing Germany a new one as you read this piece. I can’t overstate this enough – if you like metal, you NEED to see Eluveitie. It’s make you think of your home in the countryside when you were a kid, and then smash that thought wide open with a death-growl of city living! Like I said already – my new favourite band.

Check out the exclusive photo gallery below!

Call of the Mountains

A Rose for Epona 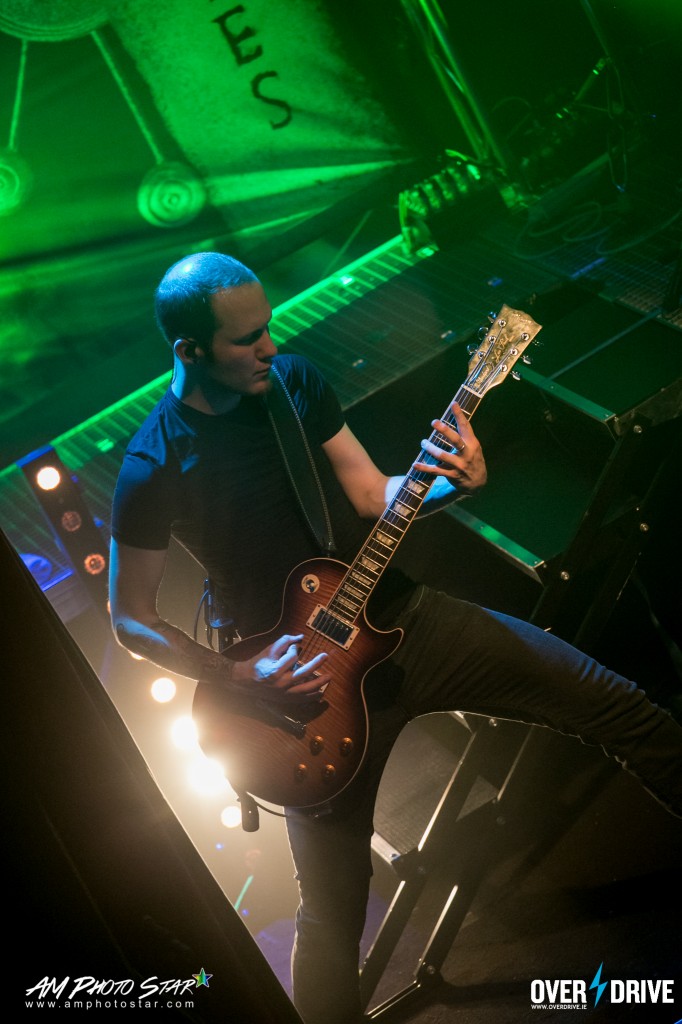 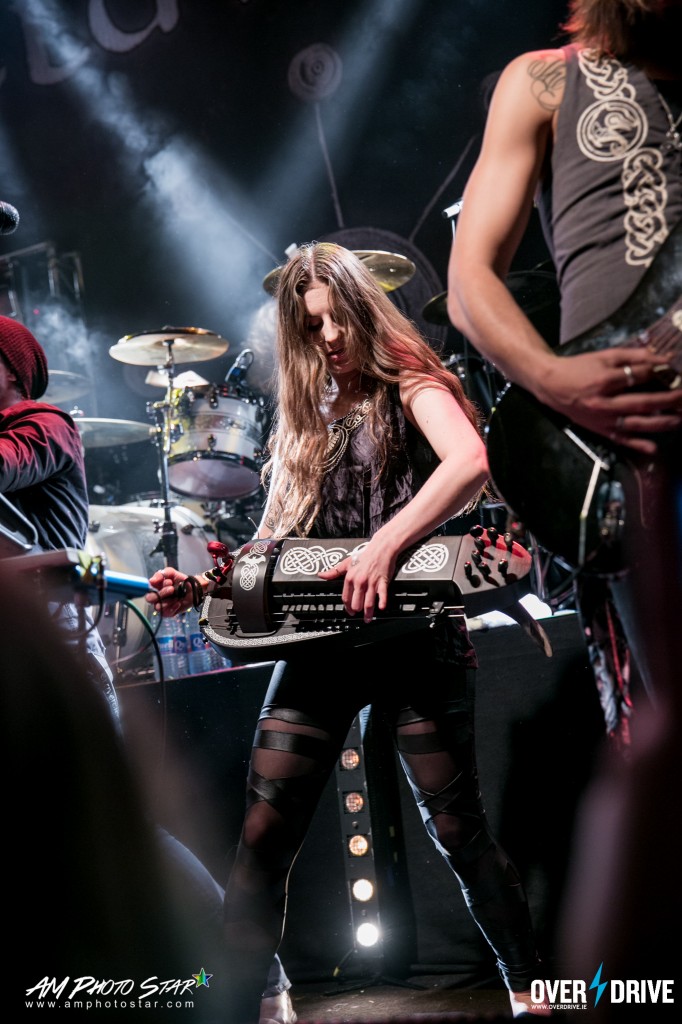 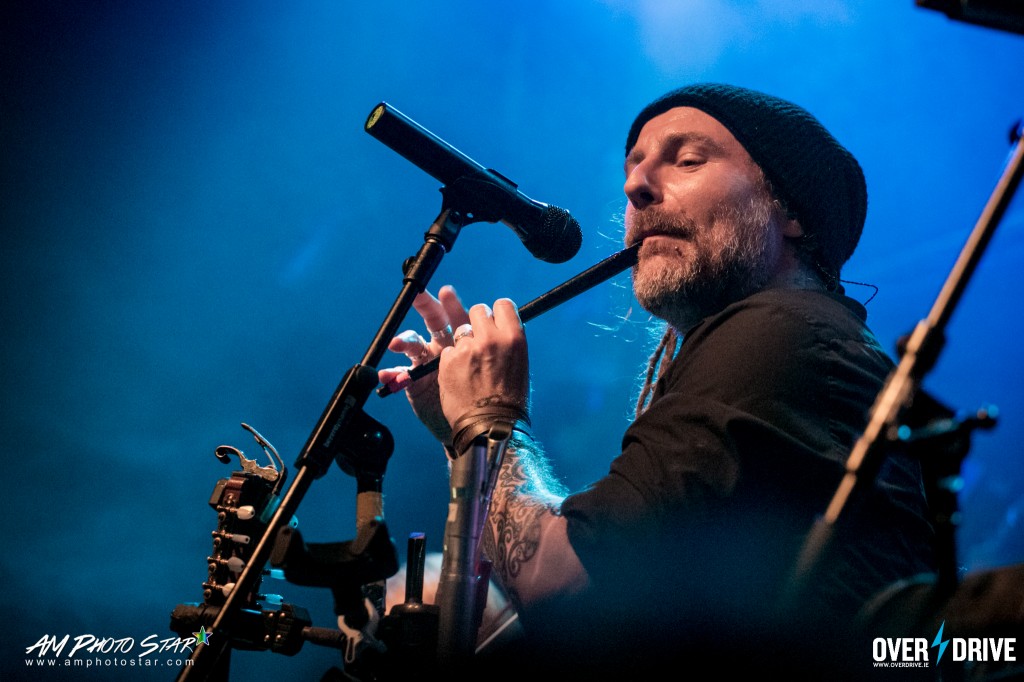 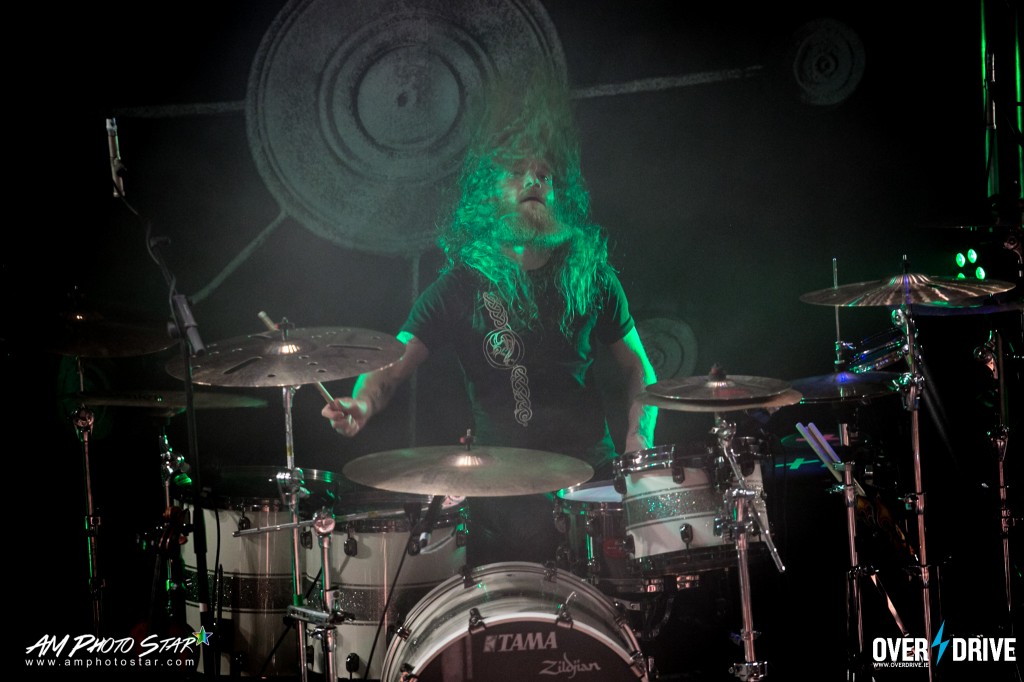 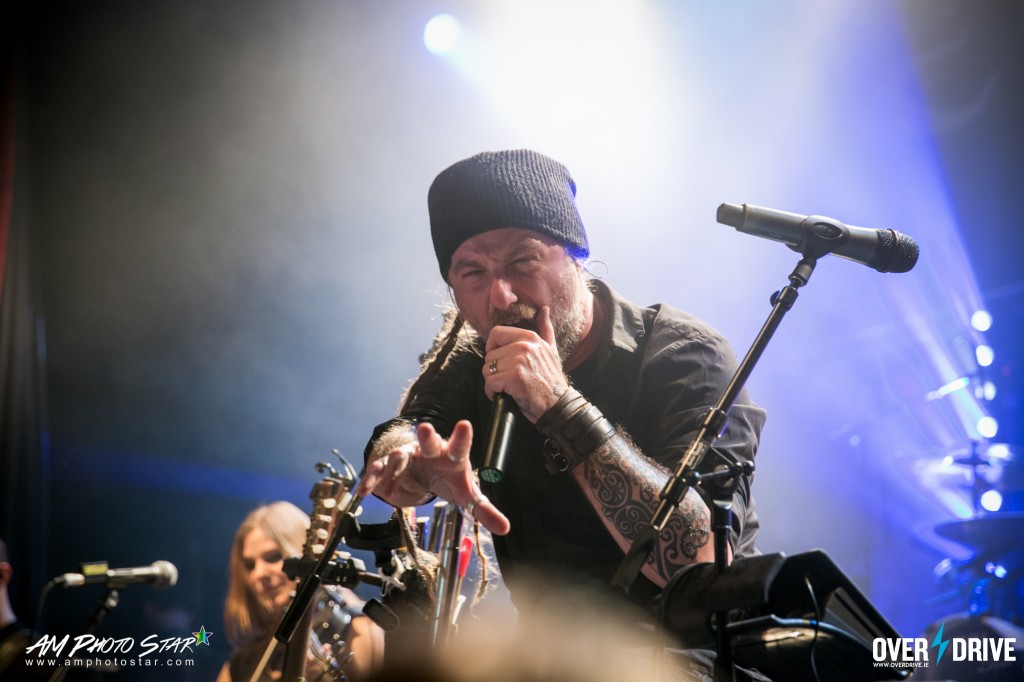 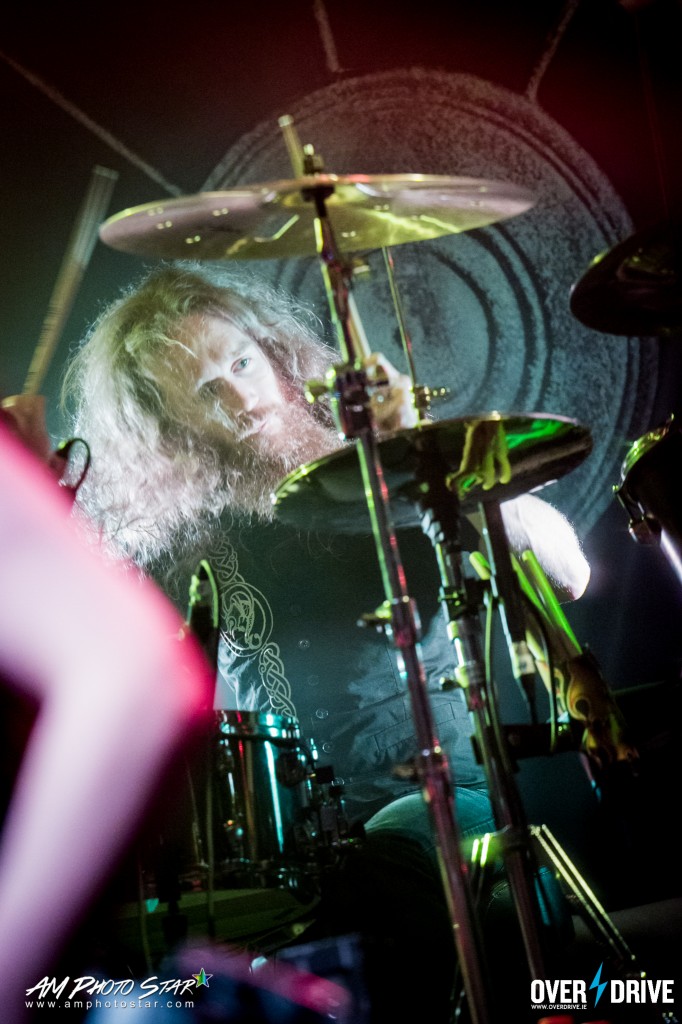 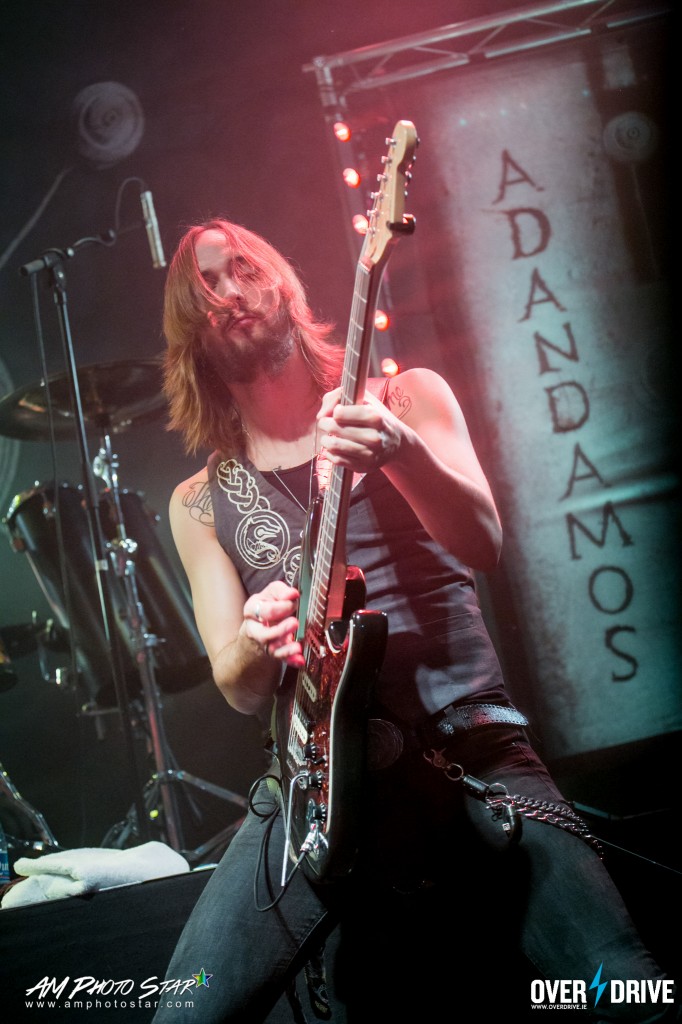 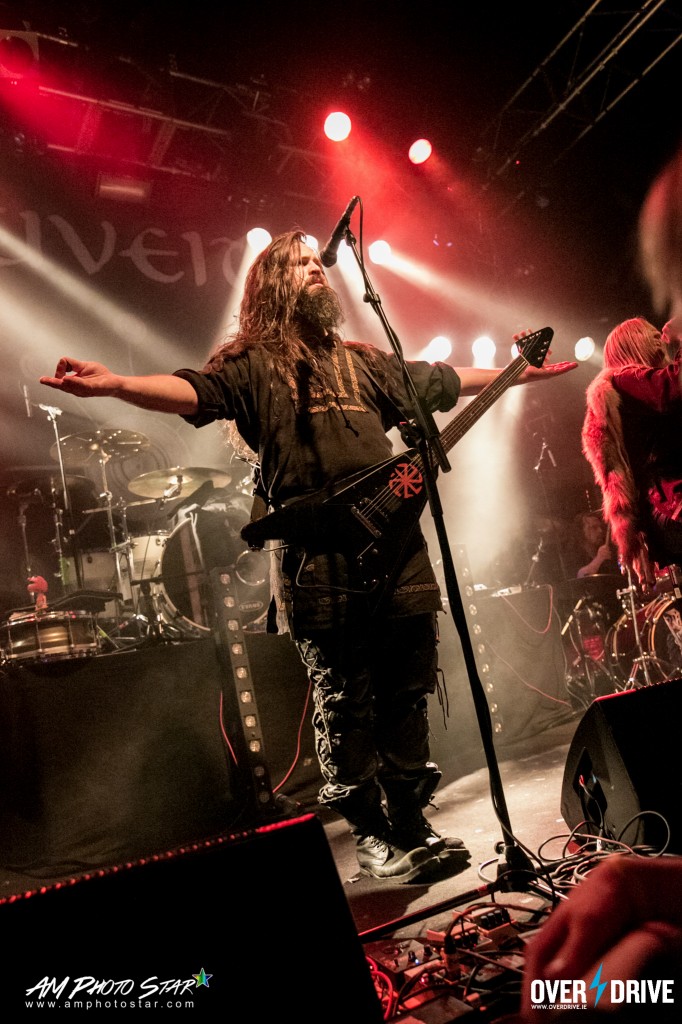 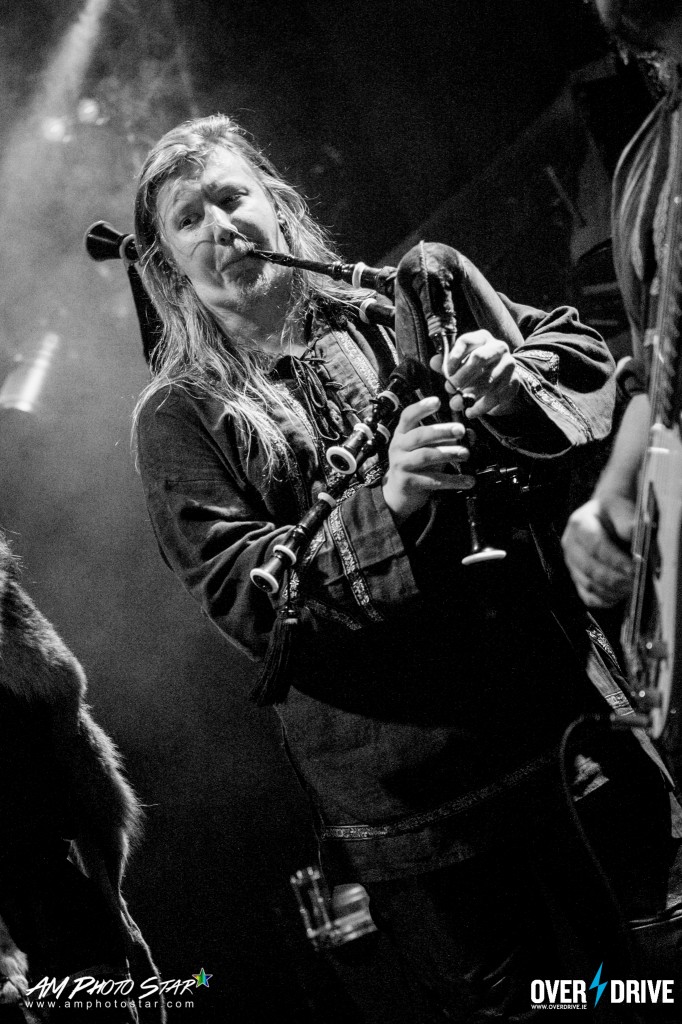 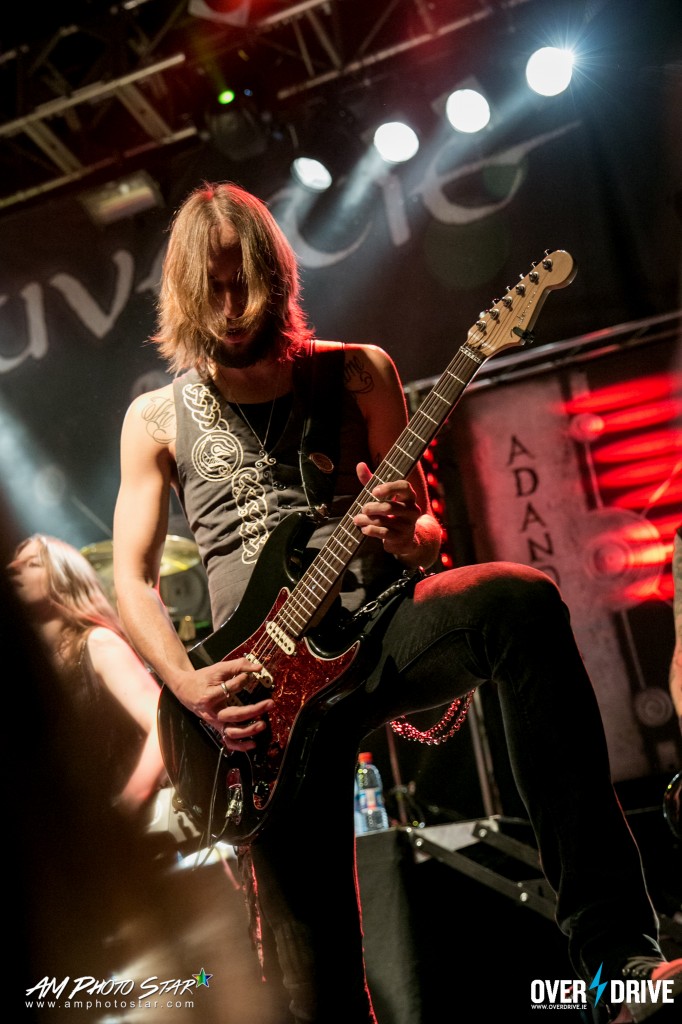