A stacked bill of top-shelf metal awaits in Dublin’s Tivoli Theatre as the doors swing open for Enslaved, High on Fire and Norwegian post-rock five-piece Krakow. 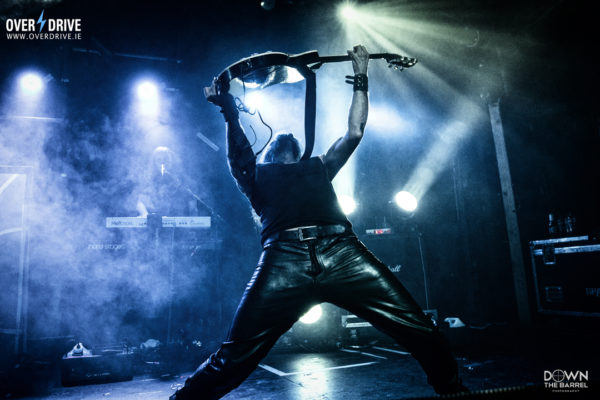 As we approach the closing months of 2018, the evening air is filled with the decay of Summer and the sweet smell of burning turf which lingers throughout the surrounding streets of the Tivoli Theatre.

Tonight’s line up boasts three stellar bands that bring a very different flavour to the many sub-genres on offer in today’s metal directory.

First up tonight are Krakow, a Norwegian outfit which honestly are impossible to categorise other than being a post-rock, shoegaze, progressive black metal trip. 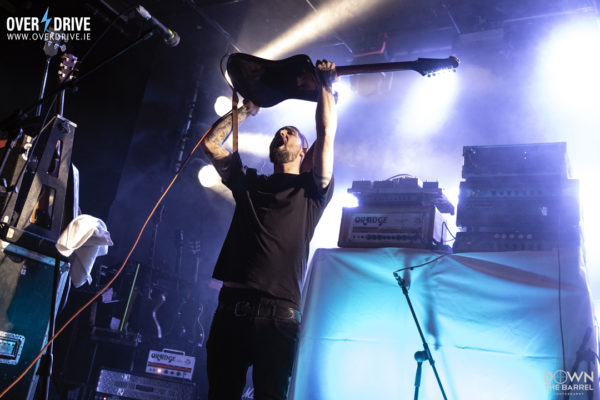 Having known nothing about this band they were a really surprising treat to start the evening. A Predominantly backlit performance gives their songs more impetus as we are taken on a blistering 30 minutes of original metal.

Bassist and Frontman Frode Kilvik is similar in looks to Steve DiGiorgio and with a stage presence to boot. Krakow were a very welcome addition to the bill and much more suited to fans of Enslaved over those of High On Fire.

Tonight’s alternating Co-headline show meant that High on Fire are the penultimate act. Matt Pike is almost feral tonight and grinds out riff after riff to the hot and sweaty venue. Jeff Matz on bass adds a considerable visual and sonic dynamic to the band and challenges the audience with his every gesture. During Fury Whip, Pike is like a sweat-soaked puppet master while he one-handed riffs with his strumming hand aloft like it has marionette strings attached. 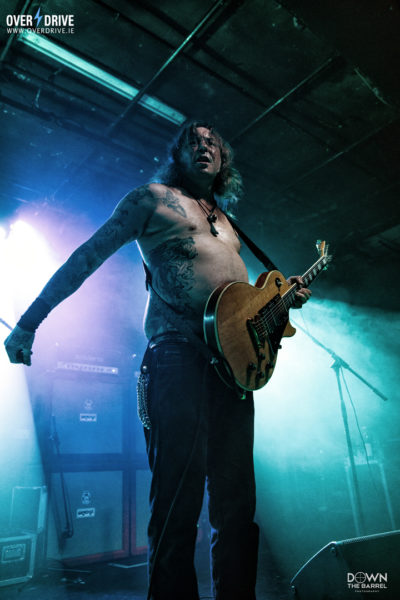 The roar from the crowd for Snakes For The Divine is deafening and the mosh pits respond accordingly. High On Fire close their set with Electric Messiah dedicated to Lemmy Kilmister. It’s been a while since High On Fire were last in Dublin and by the decent response, they need to get back again soon.

Tonight’s headliners are Enslaved who in their own words are playing in what is “their second home” tonight. The last time they played (supporting Opeth), a lot of people enjoyed the set but were left wanting more and this evening they hit the ground flowing with more power than their native Månafossen.

Havenless is a cool addition to the set with Grutle ditching the bass guitar for a pedal effect board. The Viking choral chanting from the start is impressive and equally as powerful as the guttural vocals that follow.

As always, there are Father Ted jokes from Grutle Kjellson and Ivar Bjørnson but new drummer Iver Sandøy steals the limelight for a second with his “that would be an ecumenical matter” quip. To which Grutle tells him he’s supposed to be quiet and play the drums.

Seem like the new guy has settled in. Older material Isöders Dronning and Jotunblod are rapturously received by old-school and new fans. Guitarist Arve Isdal, shakes free any myths that progressive metal is played standing still and ignoring the crowd as he throws more guitar shapes than a KISS or an Audrey Horne show. 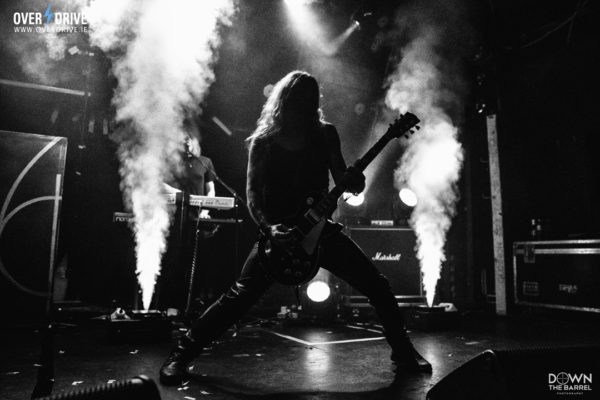 Enslaved are in fine fettle tonight and their 75-minute set flies by. It is a progressive, aggressive, expressive and suitably impressive show from stalwarts of the Norwegian metal legacy. Fantastic!