A torturous evening’s weather washes away the last of the calmer Irish Autumn. Winter has truly arrived. Approaching the Voodoo lounge on Dublin’s Quays, I see people running to the door to escape the torrential downpour. Its ok though – I know whats coming. The thoughts of the weather aren’t gonna last too long. Fact. 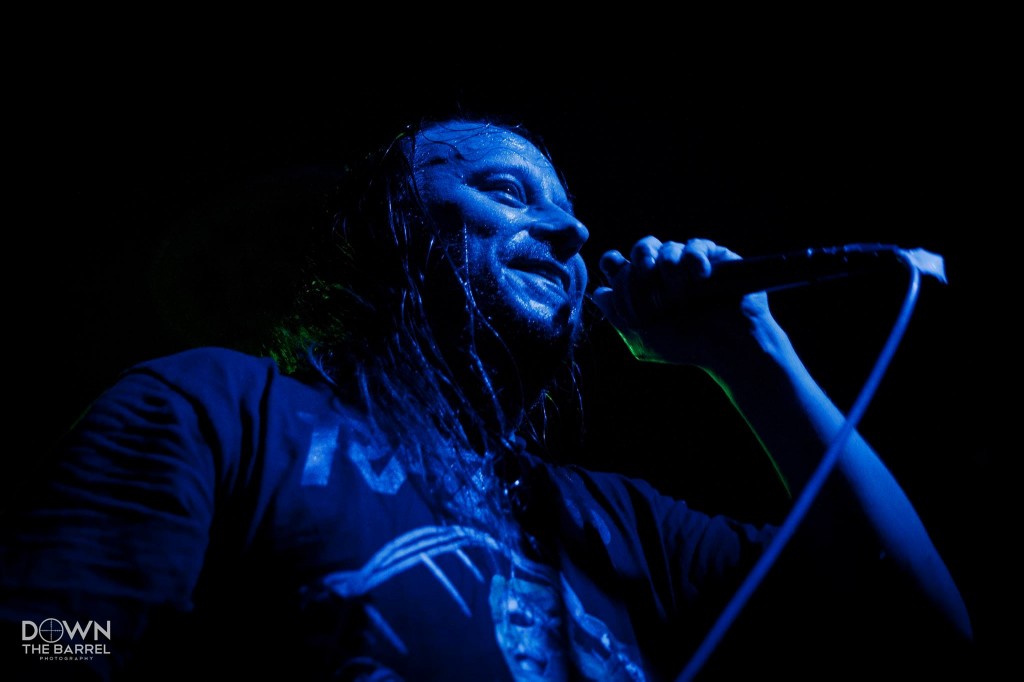 The first gang up tonight of our trio of bands are local death-purveyors Killface, straight out of Dublin. It’s always a pleasure to watch these guys in action. One of the front-running underground metal acts from Ireland, and are currently making waves in Europe after playing the likes of Bloodstock and Wacken: Open Air. Unfortunately there aren’t too many people here, but its only early. Mixing up with new songs and old, repeated orders of “Geddit into ye!” are bellowed from the stage. Every time I see these guys, they have new songs that they’ve never played live before, so I know that they’re always working hard and with slots across the water coming every year, their work is paying off big time. Keep it up lads! 4/5

Next up are doom-metal dark-horses The Graviators . Originally, Hang The Bastard , were to play, but sadly, their drummer currently has a spinal injury which forced him to pull out of the gig. That’s a shame, as HtB are a really heavy band and would have put on a killer show. But they’ll be back fighting fit as soon as theyre back on the road. However, The Graviators pulled a rabbit out of the hat. The first thing that hit me was a freight train full of heavy metal. It’s like Black Sabbath back in the 1970’s when they just started out. Additionally, they sound a little bit like Saxon too. There is a definite vibe of homage to titans of British rock. The lyrics are crystal clear, the riffs are biblically heavy, and the drums are double-bassed within an inch of their existence. I could watch these guys all night. Their final song is something to bring home though… the last song they played, the singer thanked us for listening, stopped singing, got down of the stage, and headbanged with the rest of the crowd. I’d have done the same, because what happened next is the stuff of legends. A free form 10minute guitar solo right out of an AC/DC playbook! Awesome!!! 4/5

By the time Entombed A.D. arrive, everyone is pumped. The lights go out, and the Voodoo is plunged into darkness. The odd flash goes off, but we see darkened spectres shuffling towards the stage. Then, as the lights burst back on, the band flares up with “Pandemic Rage”. The floor is packed with bodies as soon as the drums kick in. this is gonna be mental! We will all be… Entombed! Frontman Lars-Goran Petrov is on fore as the vocalist of the newly re-christened Entombed, changing names last year. Before “Revel in Flesh” starts, Petrov exchanges drinks with a member of the crowd, thanking him for wetting his whistle. A deal is announced: whoever gets them a whiskey will have a song played in their honour. Hit after hit, pit after pit, the band works its way through the insane world of Swedish death metal. After a blood drenched treat in the form of “Living Dead” and “Out of Hand”, we get the immortal “Wolverine Blues”, which is quite possibly the thumpiest songs I’ve ever heard.

Guitarists Alex Hellid and Nico Elgstrand rip the head off the joint, duelling for the right to be crowned the fastest on the stage. It goes well, but are joined by a supremely advanced drum master Ole Dahlgstedt. The crashes would knock you sideways. Everyone around me is going crazy. The best way to describe it is like an open air metal festival in a small room, but the antics are the same. Speaking of being knocked sideways, Petrov gets his whiskey, and it does kick him a little bit. They play “Strain Your Aeons” for the guy who buys the whiskey. It isn’t on the setlist, but they play it in appreciation as it’s a request. And that was the end of the band’s need to buy booze.

I’m pretty sure the entire band got bought at least 3-4 drinks each by fans hoping for some special treatment. I had to laugh. It seems that Entombed A.D. have entombed themselves in fan’s attempts to get requests! (I’ll get my coat). 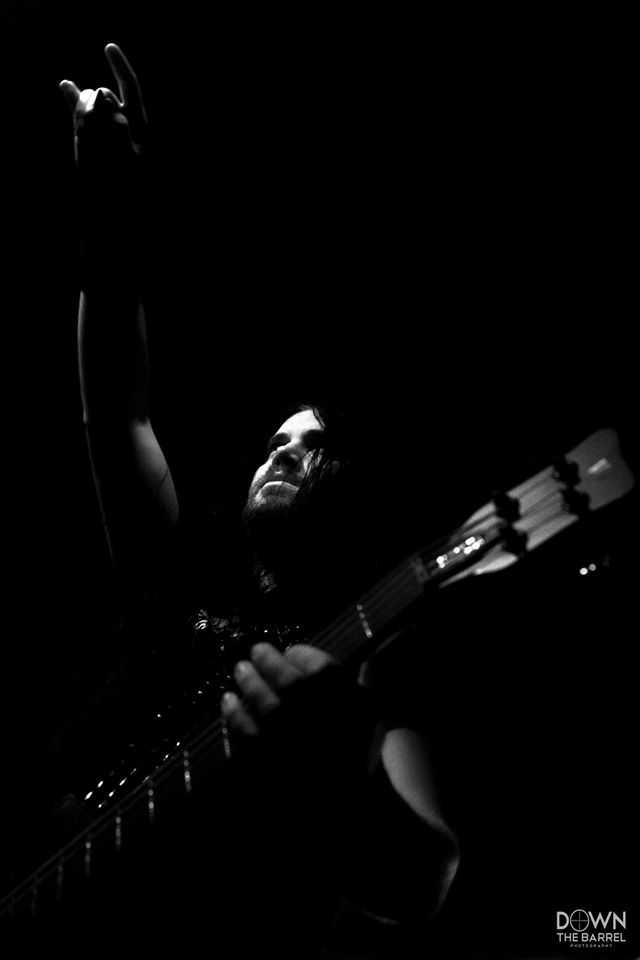 “Left Hand Path” and “Chief Rebel Angel” kick-starts the fury again. There really is no sign of anyone tiring as the pit intensifies. But it’s always good to see the etiquette is still there – someone falls, 5 pick them up. As long as that methodology of looking after your fallen comrade stays alive, this genre will never lose its fun element. “Supposed to Rot” pours petrol on the fire and it really gets wild. The encores of “Abnormally Deceased” and “Serpents Speech” drop the curtain on an immense night of metal and I tip my hat again to The Graviators. An absolutely stunning set from all 3 bands. I look forward to seeing any of them again, and as Entombed A.D. are currently on tour maybe they’ll swing by here again soon. And its after nights like these that I wish I wasn’t working in the morning. 5/5

I For an Eye