Europe returns to Ireland’s iconic Olympia Theatre for a masterclass in Classic Rock. 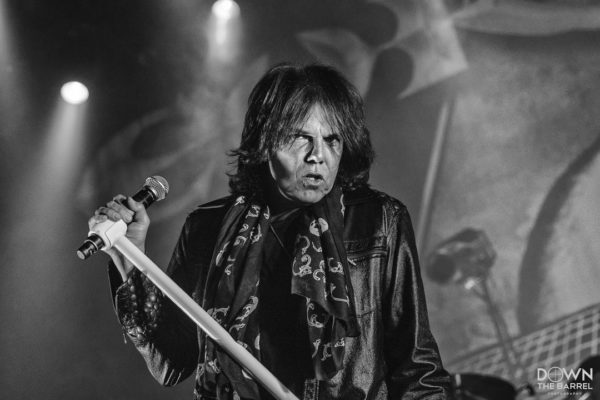 It is great to see a band of the stature of Europe coming back to Dublin again, with their last visit to the Olympia having been back in 2015.

Supporting tonight are a band that have been growing both their fanbase and reputation massively over the last couple of years, Scotland’s very own Blues Rock explosion King King. Keep your eye on this band they are definitely going places, Alan Nimmo is not only a cracking singer but one hell of a guitarist, with the band pulling in the same direction. Tonight and this Tour will see them adding more new fans to their growing legions. 4/5

Some people have no idea that Europe have continually released new and different material over the past 30 years, and still expect just the hits from the 80’s. Tonight they prove that there is more to them than THAT song. There is no doubting their quality and the response from tonight’s capacity proves that the bands back catalogue is a rich one, loaded with sonic nuggets of pure gold.

Joey Tempest is somehow getting better and better as the years pass by, his vocals are spot on, his showmanship is really as good as any out there, and alongside John Norum who is just a classy guitar player they raise the level of this band to one that is now in demand at the large European Festivals, the style of music they now play, that bluesy power rock also dovetails nicely with the Hair Metal favourites that made their name back in the 80s. Tracks from the latest Walk The Earth album went down really well tonight and I think they will outlive the War Of King’s songs in the setlist.

Standouts were “Carrie” where the audience was really loudly singing along, “Last Look At Eden” for me a much more progressive track but also one that is cherished by fans, “Riches To Rags” a newer track that just smashes everything in its path live, old favourite  “Cherokee” that comes alive in front of your eyes, and naturally the closer “The Final Countdown” which had most people jumping around really getting into it.

Europe put on one of the performances of the year in Dublin tonight, and lets hope that keeps them coming back for more as we could all do we more shots like this in our lives, energy, pomp, great playing and lots of interaction, throw in the classics what more could you want from night out. 4.5/5

Photo – Down The Barrel Photography courtesy of MCD Productions © 2019. All Rights Reserved.