Bay Area Thrash titans Exodus, finally made their anticipated return to Irish shores with shows in Belfast and Dublin this week ( Feb 29th / March 1st). Overdrive was in attendance for the Dublin show to witness the welcome return of enigmatic front-man Steve ‘Zetro” Souza to the fold. 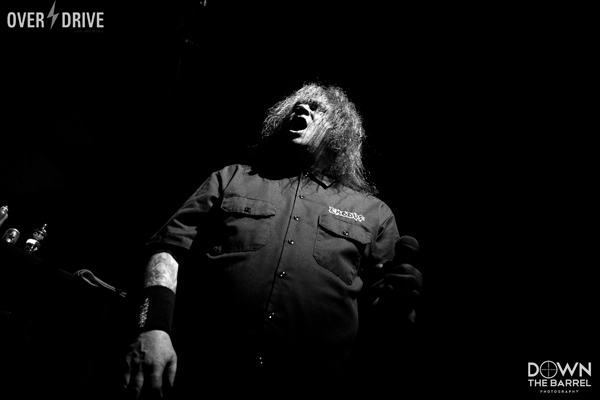 A modest sized queue of skin tight denim and white hi-tech trainers snakes around the Button Factory on this chilly March night for the return of iconic Bay Area Thrash masters, Exodus. Considering tonight’s opening band, Lost Society are scheduled to take to the stage at 19.45pm, the early crowd quickly scuttle through the doors and immediately cluster around the merch stand like kids in a candy store.

It’s been twenty six years since Zetro graced an Irish stage with Exodus and to say that people are excited, is just a slight understatement.

First up tonight are Finnish four piece and high octane thrash outfit, Lost Society. Dressed like one of those dudes from the infamous 74’ Dogtown skate gang, vocalist and budding guitar virtuoso, Sammy Elbanna is grinning from ear to ear with excitement and we don’t blame him. Lost Society are touring with their idols and having a blast by the looks of things. 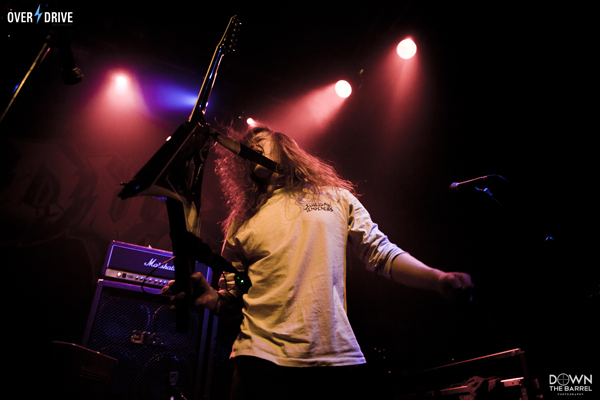 With limited space on the Button Factory stage, Lost Society work every angle and are literally overflowing with confidence and frantic stage presence. With the sound becoming a little better as each song is executed within their forty five minute set, it’s impossible to not feel that the future of Thrash, is in pretty safe hands here. Dipping into their back catalogue, we are treated to a rip-roaring set featuring the fantastic “Hangover Activator” and the slow stomping “I am the Antidote” from the bands recent release “Braindead”, proving to be a tremendously engaging, feel-good performance. Look out for these guys as they are destined for greatness. 4.2/5

And so we get to the main event of the evening. With the Button Factory now busting at the seems with rowdy punters both young and old, the first to take to the stage among the deafening roar of approval; is non other than Tom Hunting, who stands throwing the horns behind the kit, under the synonymous Exodus logo.

Band members Lee Altus, Jack Gibson and Gary Holt substitute Kragen Lum of Heathen, drift out from the darkened corners followed by Zetro. At this point you can feel the energy in the venue rocket skyward and with Zetro’s introduction “I can smell violence in the air, we must be in Dublin” before launching into “Black 13”, all hell breaks loose! 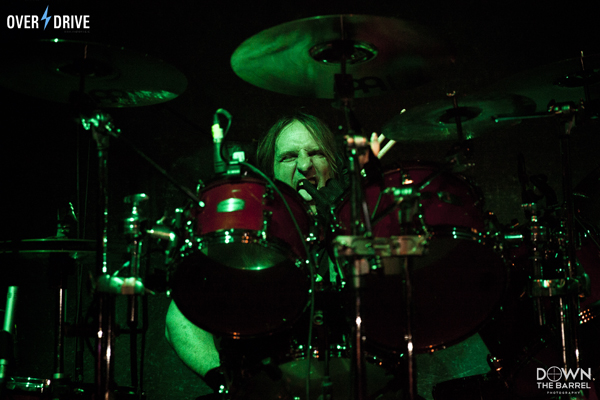 Adrenalin levels withstand the duration of tonight’s set, with both crowd and band exchanging slabs of volcanic intensity to the likes of “Blood in Blood Out”, “Children of a Worthless God” and “Salt The Wound”. Looking clearly stunned by the response, Zetro confirms that we are indeed “all crazy mother-fuckers” adding that we have already far outdone the attempts of the Belfast crowd to which they performed too the previous night.

Although it’s a shame not seeing Gary Holt on stage here tonight, Lum does a fantastic job in delivering the razor sharp mechanics of the Exodus sound. It’s impossible to replace the presence of Holt’s menacing nature on stage, however Exodus are smashing it tonight and the chaos on the venue’s main floor is a confirming statement of approval. 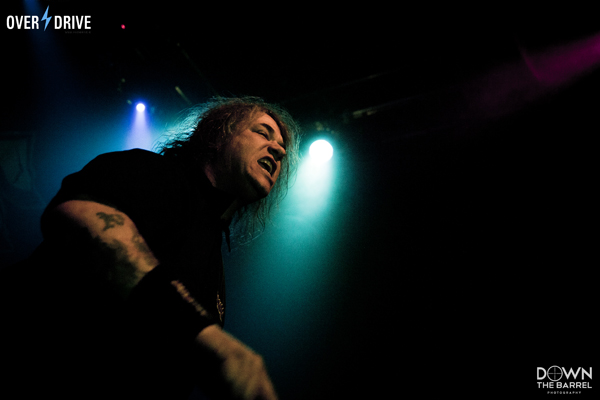 Zetro’s vocals sound just as good as they ever have done in the past and with “Impaler” bursting through the house P.A, a near riot of bodies, smash and slam into one another just like it was 1989 all over again. What followed was the anthemic “Body Harvest” showing that the new material sits along side the classic stuff perfectly.

The 31 year anniversary of the fantastic, “Bonded By Blood” is celebrated in true Exodus fashion, with scenes of mid 80’s style pit action whirling and twisting about the Button Factory floor as the Bay Area crew lash out the iconic title track. Finishing with “War is my Shepherd, The Toxic Waltz” and the crushing “Strike of the Beast”, it’s safe to say that this indeed was not only a lesson in violence, but a lesson in the very spirit of Heavy Metal. 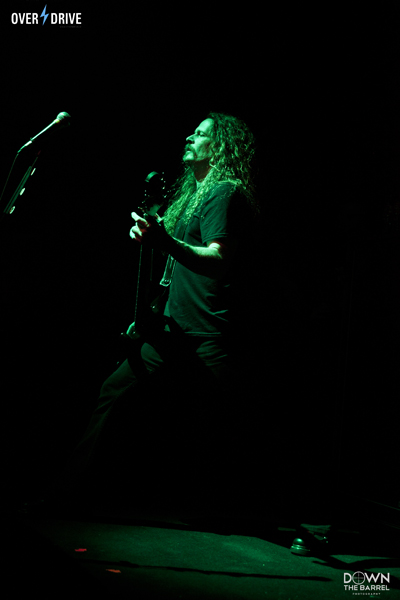 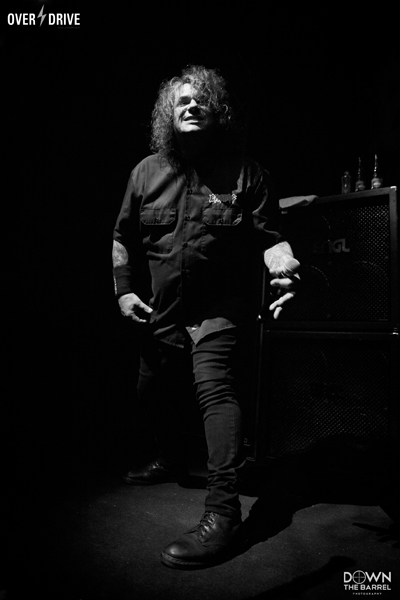 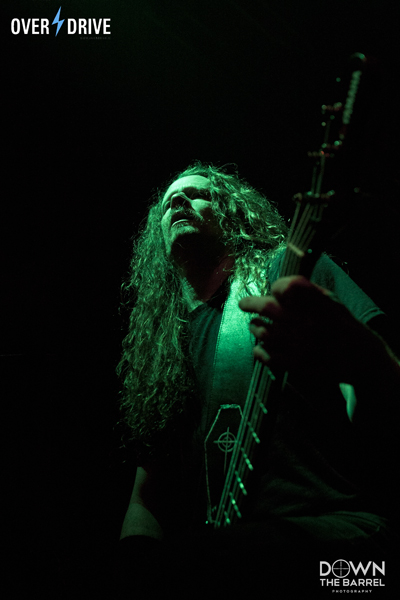 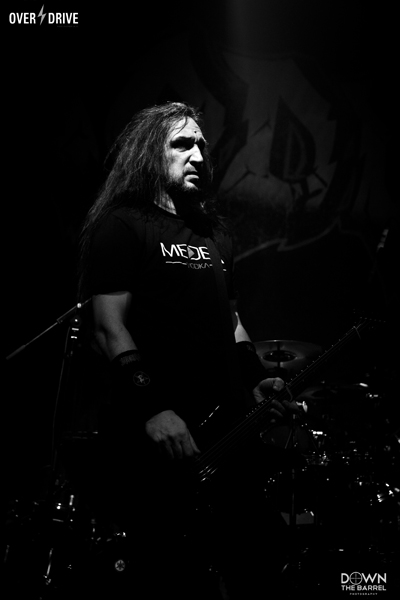 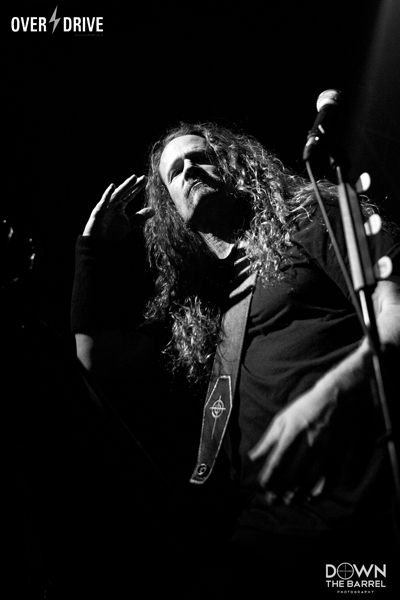 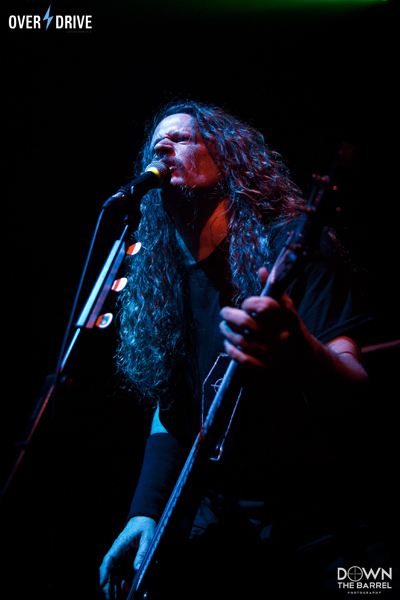 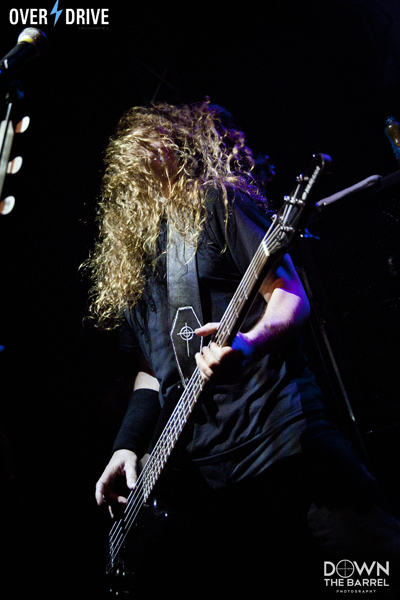 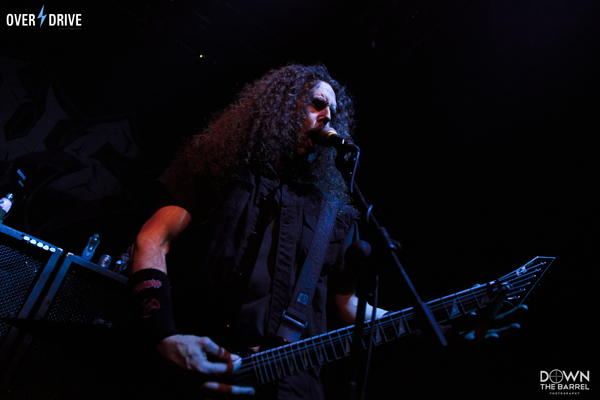 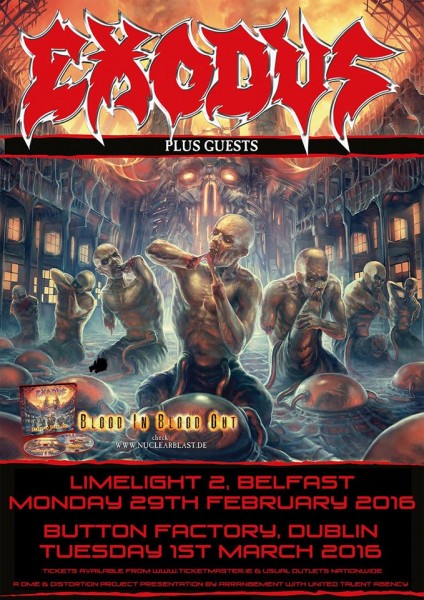