Landing down at Dublin’s Voodoo Lounge on a bitterly cold February evening, we can hear that the bands are in full sound check mode. Ireland is hosting Californian extreme metal quartet The Faceless, promoting their latest album “In Becoming a Ghost”, released in December by Sumerian Records (who also boast Jonathan Davis amongst their ranks as a signed artist). It’s a slow night to start, but that’s going to change very quickly. Shaun Martin was in the mix for Overdrive on the night. 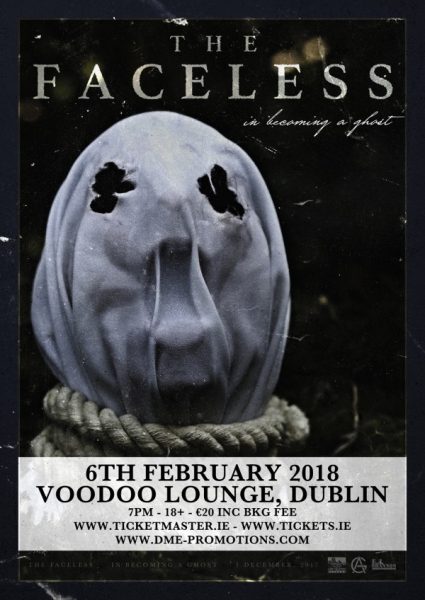 Zhora are fast becoming a more and more commonly known band since their triumph at Metal 2 the Masses Ireland in Dublin in 2017, giving them the nod to perform at Bloodstock Open Air in last August. The Tipperary four-piece don’t hang about and make short work of their (not long enough) time slot. With only 4 or 5 songs to get through, their Mastodon-on-acid originality has no problem getting people in front of the stage, and they are known for being animated in their setlist; tonight is no different, as both guitarists headbang their way voraciously from one note to the next. 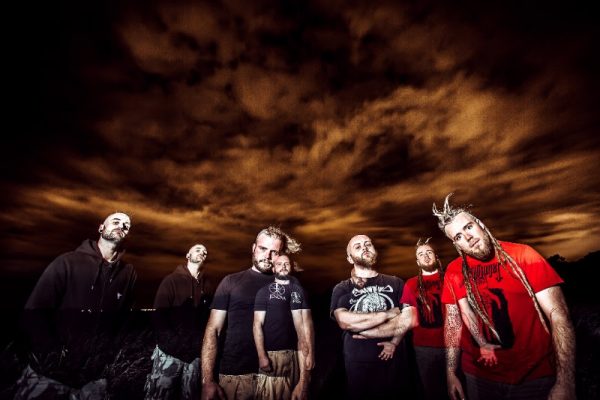 A top quality Irish band celebrating their first gig of 2018 (consisting of guitarists/vocalist Colin Bolger and fellow guitarist Pancho O’Meara, bassist Alan Hanlon and drummer Thomas Woodlock), each man is solid in his role and the band delivers a kicking to the eardrums to warm us up for tonight.  3.5/5
Getting through their sound check in record time, Dublin metal outfit Aesect don’t even wait for the PA to get turned off before the decibels skyrocket. Frontman Mark Lennon’s guttural vocals resemble Burn the Priest-era Randy Blythe, and only that I can actually see the band, one would be forgiven for thinking they may be a tribute act to Lamb of God. But this is no tribute – this is sheer niche-defining talent. Axemen Dave Kennedy and Aidan O’ Halloran wield the power supreme with dominance, palm-muting their unstoppably catchy riffs backed up with a note-perfect bass line by Aidan Williams. Drummer Luke Peters is the common denominator here though, tying everything together with the earth trembling with every beat he produces. Heads are whipping left and right on stage and in the audience and the numbers here are growing by the minute. 4/5 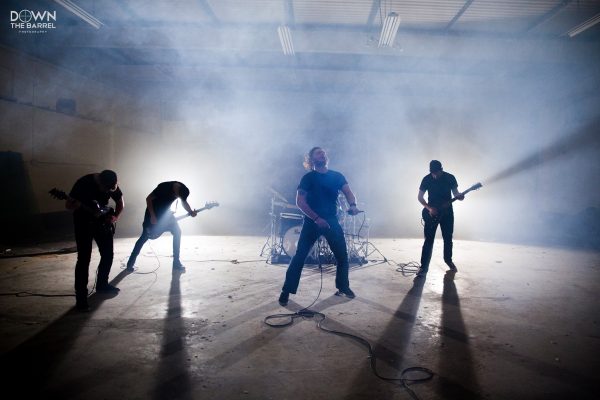 Brutal deathcore harbingers from the UK, Osiah assembles their stage pieces bit by bit, as frontman Ricky Lee Roper stalks the stage over and back, clearly working himself up into some sort of frenzy.

Without warning, the bottom drops out of the venue, catching everyone by surprise (me most of all with his greeting “top of the mornin to ya!”). There is a platform on the lip of the stage, where Roper, guitarists Chris Keepin and Rownan Tennet join bass player Andy Mallaby to stand their ground front and centre and headbang their way through the entire setlist. The drums are an entirely different animal, however. Drummer Robbie Dinnen is hidden behind his kit and he’s working overtime. Imagine a band that has a machine gun for a drummer and you’d be somewhere in the vicinity of how fast he’s going. 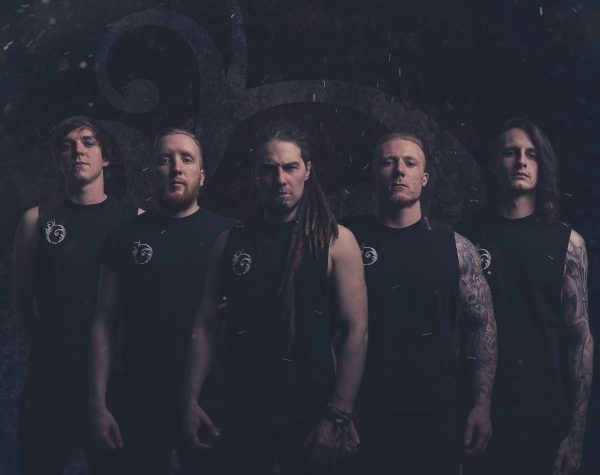 It is impeccably timed, and it’s going at a hundred miles an hour… I can’t really keep track of it, to be fair. The band can though… that’s the main thing, and it’s working its magic. The pace of the breakdown beats is synonymous to a sledgehammer rhythmically striking a hollow surface; very loud, very heavy, and the music is very, very catchy. There are majestic silent pauses in their songs are not signalled by anybody (like someone counting 1,2,3, or the drummer counting beats on a hi-hat, or giving stick counts), so the lads have their timing down to the nearest second. The brutally heavy setlist bounces with a real sense of pride. It’s difficult to maintain the pace of treacherously complex drums and guitars and at the same time have it slow and sludgy but Osiah have that covered like a well-tuned engine. 3.5/5 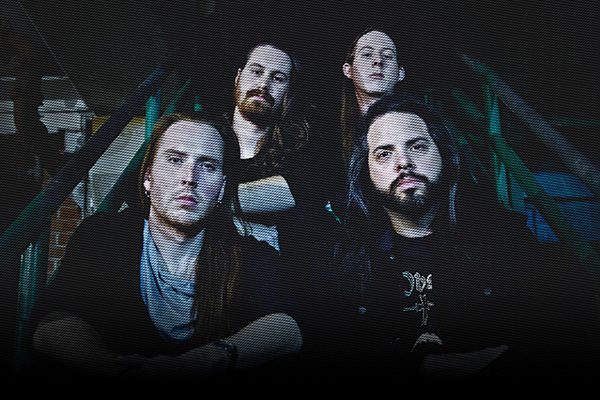 The Faceless sharpen the axe getting ready to make the final cut tonight. It’s a bit of a mixed bag of guitar virtuosity, prog metal and extreme death metal… a bit like Dream Theatre meets Dying Fetus. Both guitarists Michael Keene and Justin McKinney are absolutely mesmerising, and watching them play is a real treat for the eyes and ears.

Main vocalist Ken Sorceron (who reminds me of Dave Grohl in appearance, voice, and demeanour), declares his happiness for the first time the band have been in Ireland. There are requests for “Rush” covers but Keene insists on Thin Lizzy instead, much to the delight of everyone here.

Keene also supplies the easy vocals coupled with the death growls of Sorceron to make their pairing quite unique in equal parts heavy and equal parts soothing. Their 4th song “Sons of Belial” really lets the floodgates open wide… it’s the heaviest song of their set so far, and it’s very complex – mixing brute force akin to Emperor or Dimmu Borgir with standard 2×4 drum beats of more mainstream bands, and the way they pull it out of the bag is impressive.

Technical death metal is always a tough genre to crack but ‘Cup of Mephisopheles’ surpasses the preceding heaviness and replaces it with guitar shred insanity, courtesy of Keene. They dig deep into the back catalogue of earlier recordings and find “The Ancient Covenant“, much to the delight of the baying crowd. Things are really starting to get lively up front and with each passing song, and they’ve mentioned (just a few times), how impressed they are that the punters know the lyrics so well. Keene invites a large singalong on multiple occasions and his request is not unrequited.

Unfortunately, it is a school night so the gig has to finish early. Although there are only 9 songs on the setlist, it feels like it could have gone on for a lot longer and for the last song ‘Xenochrist’, the crowd goes wild and enjoy every single second of it. The lights don’t go up at the end of the song, exaggerating any hopes of an encore, but sadly there is none. This was a truly amazing performance from a band that have had a long hard-fought slog over the last 14 years, with line-up changes, session musicians, and many albums under their belt. They’re welcome back here anytime. 4/5
Setlist: 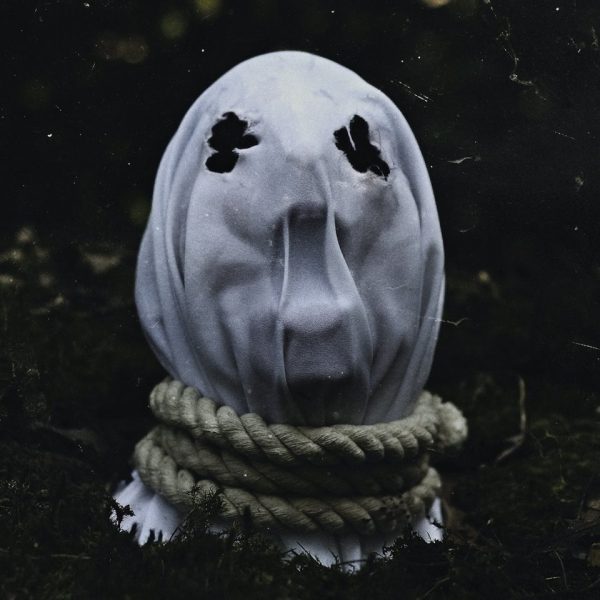