REVIEW: AT THE GATES, THE ACADEMY, DUBLIN JANUARY 30TH


Ireland has been fortunate to have a dedicated metal promoter in DME Promotions. To say there wouldn’t be a quarter of the gigs that go on here if it wasn’t for them, is not hyperbole. It has taken 25 years to get At The Gates over here and on stupidly cold Saturday in Dublin ‘The Academy’ was the setting for their first venture on these shores. 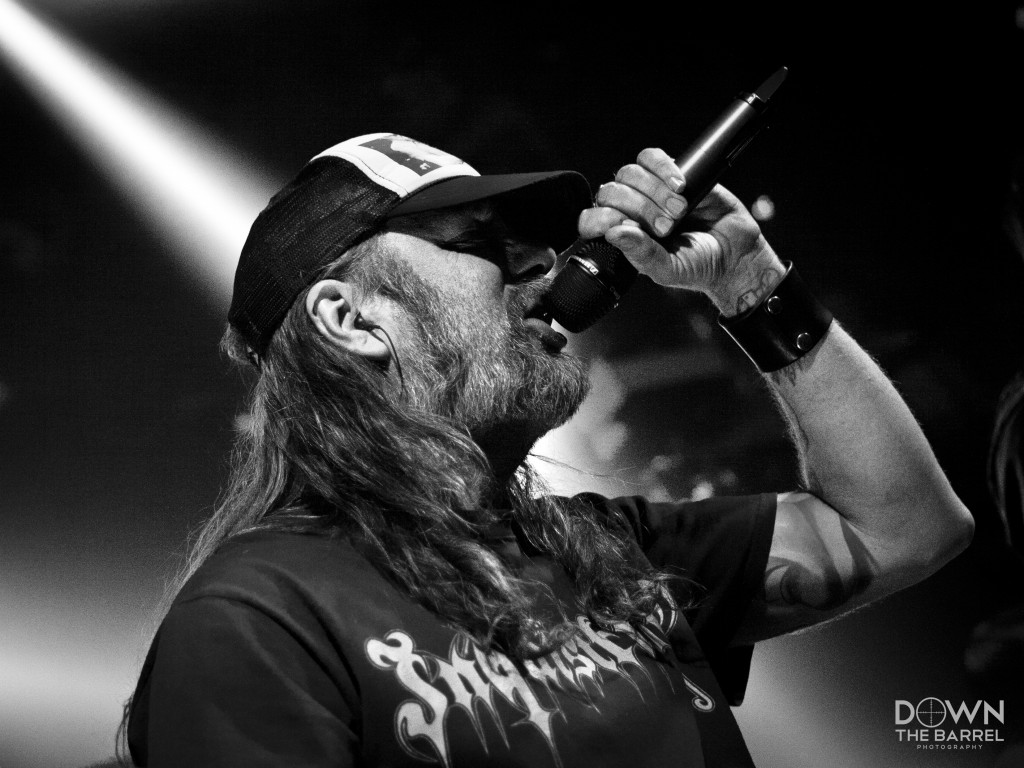 This is the first gig of the DME Promotions calender and there is literally no better way to kick off 2015,  than with a debut Irish show from the mighty AT THE GATES! As the punters pour into the venue and mooch around the merchandise stand, stock up on frosty cold beers and find their place in the Academy, we are treated to the opening band Bloodshot Dawn.

Bloodshot Dawn draw a sizable crowd to the Academy for the opening slot and made use of each minute on stage as they smashed through their half hour set.

Having won the Bloodstock Festival feeder competition “Metal to The Masses” in the UK a few years ago, they have really become a force in live music. They have a extremely well developed live sound, great songwriting and can more than handle their instruments with guitarist Ben Ellis being the obvious stand out with his Jeff Loomis style technicality. 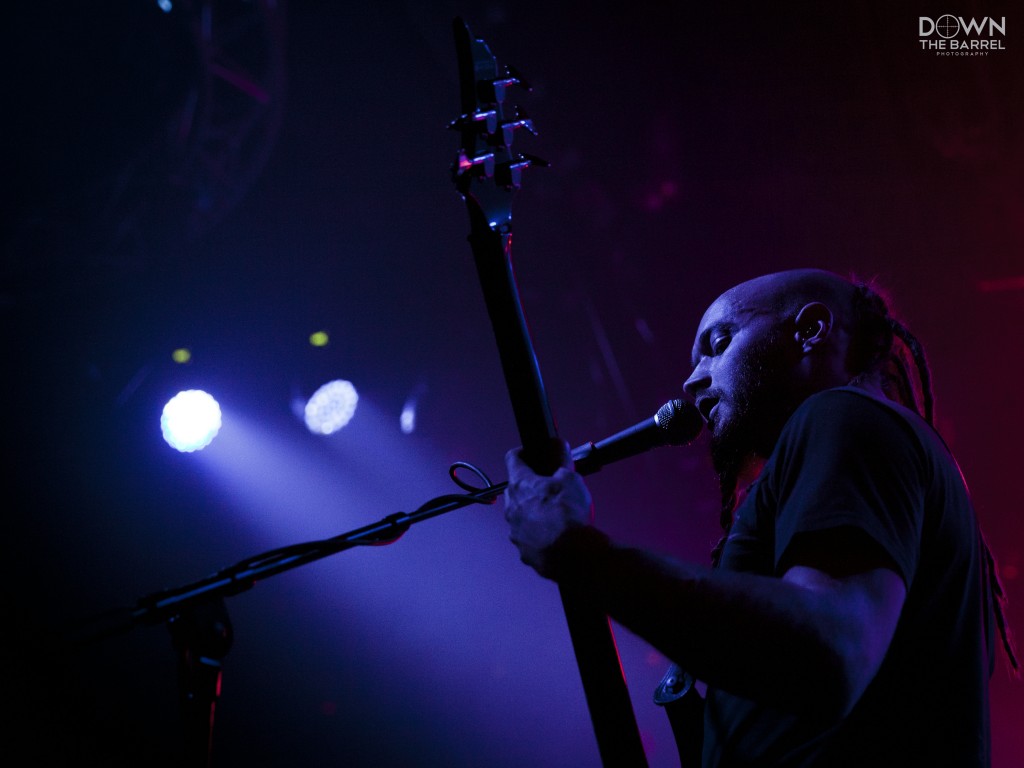 But one guitarist does not a band make. The fleet footed drum work of Janne Jaloma and bass rattling of Anthony Ridout (pictured above), give a perfect foundation to Josh McMorran’s own impressive guitar work and guttural vocals. Realistically Bloodshot Dawn are the most impressive new melodic death metal band I’ve heard in years. There are a hell of a lot of mediocre bands trying to fake it till they make it, but Bloodshot Dawn aren’t one of them. 4/5 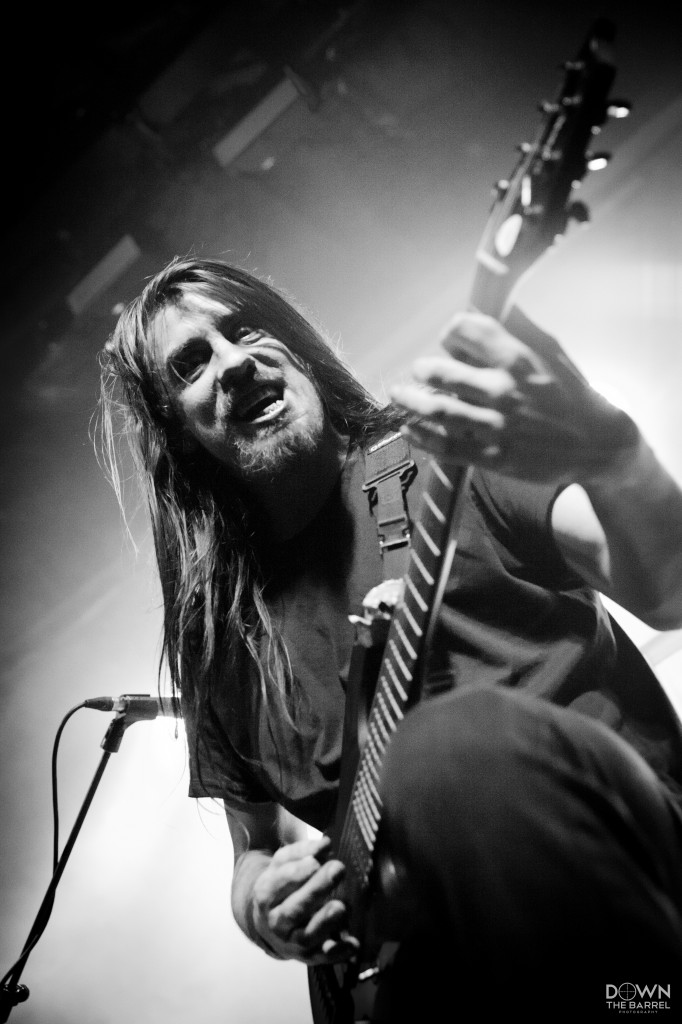 A certain amount of healthy cynicism has surrounded me over the last few years with an ever increasing amount of bands reforming in a misguided attempt to recapture earlier triumphs. Some bands think that they can ride a wave of nostalgia, becoming parodies of their former selves. Then there are bands like At The Gates.

After Bloodshot Dawn‘s fearless performance at the start of the night anticipation was almost at fever pitch for the first ever showing on Irish soil for the iconic band and pioneers of the Gothenburg sound. And my Christ they did not disappoint. Sheer intensity from set openers “El altar Del Dios Desconocido, “Death and the Labyrinth” both from new album “At War with Reality” crushes any doubts about their ability or passion. Mixing classics like “Terminal Spirit Disease” and “The Burning Darkness” with new cuts like “Heroes and Tombs” it becomes quite easy for us to forget that its damn near 20 years between the last two studio albums. 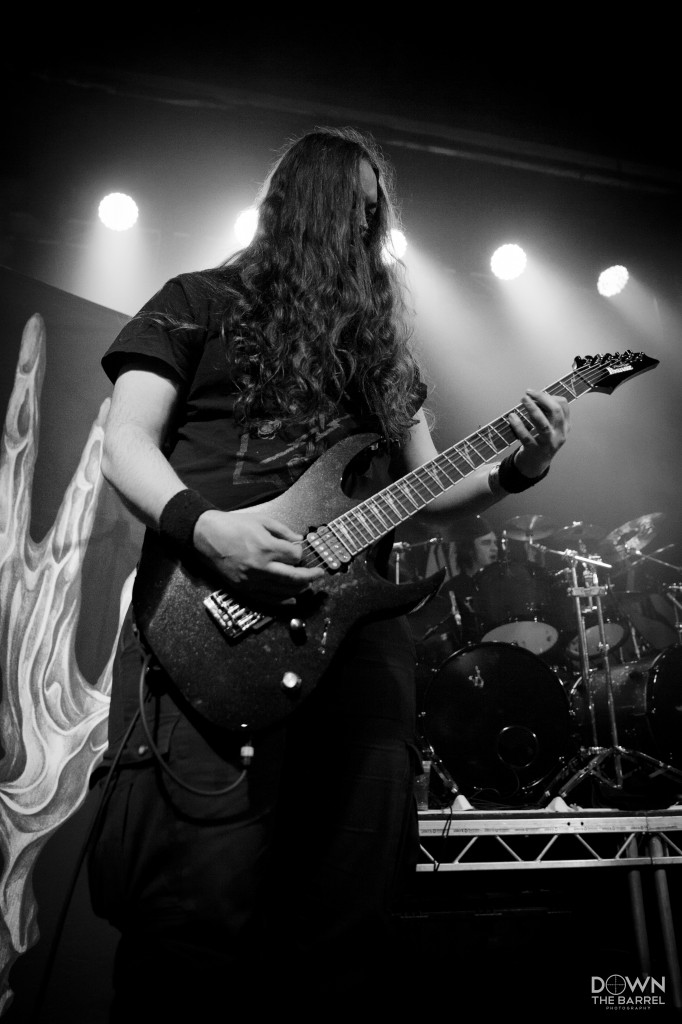 The crowd were absolutely frenetic in their response and the band really picked up on this. Both Bjorler brothers and Martin Larsson’s guitar playing were in fine form with Tomas Lindberg really taking hold of the crowd and not letting them or us rest for a moment. Adrian Erlandsson’s drum work was absolutely superb tonight and all together At The Gates were relentless. Tonights show was really testament to what happens when people come together and form a band. Not to be just individual players on stage. Lets hope that we don’t have to wait another 25 years before we see them grace a stage in Ireland. Fantastic 5/5. 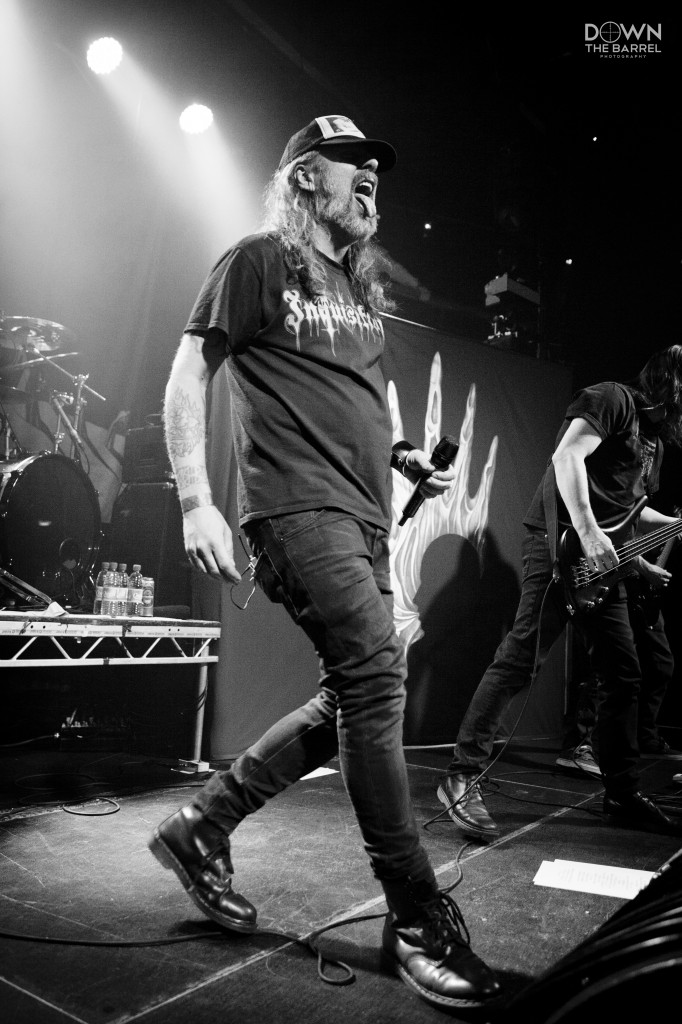 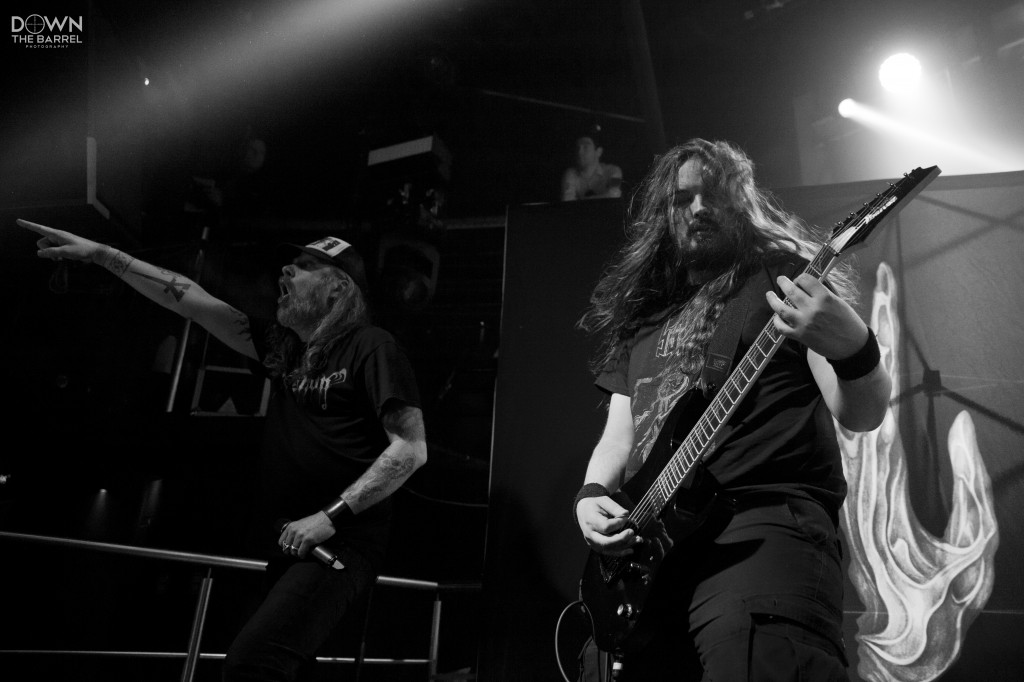 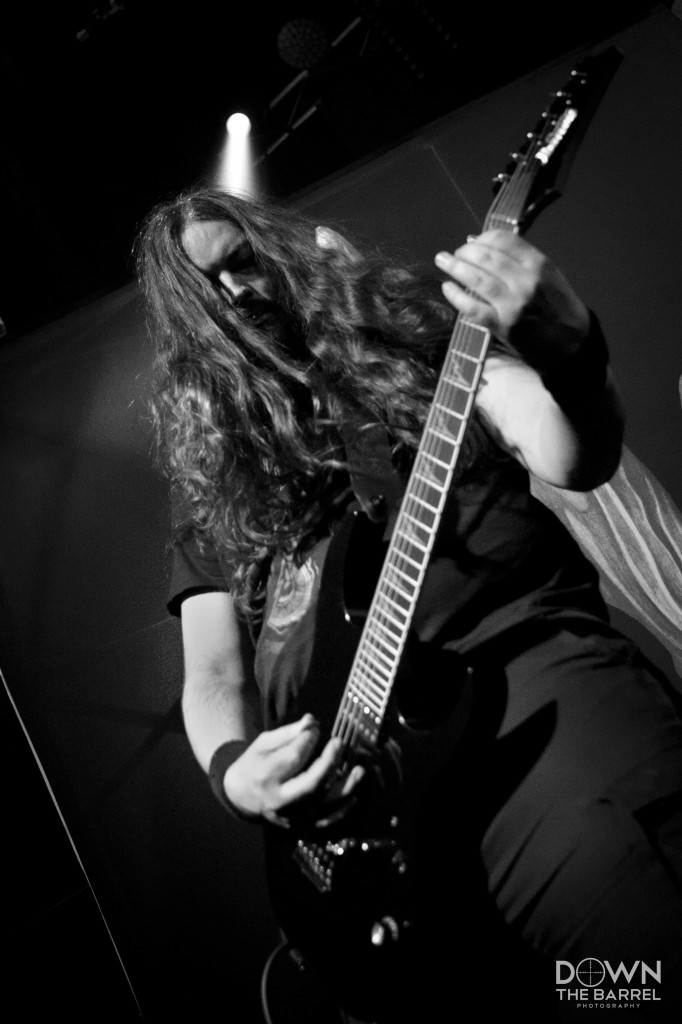 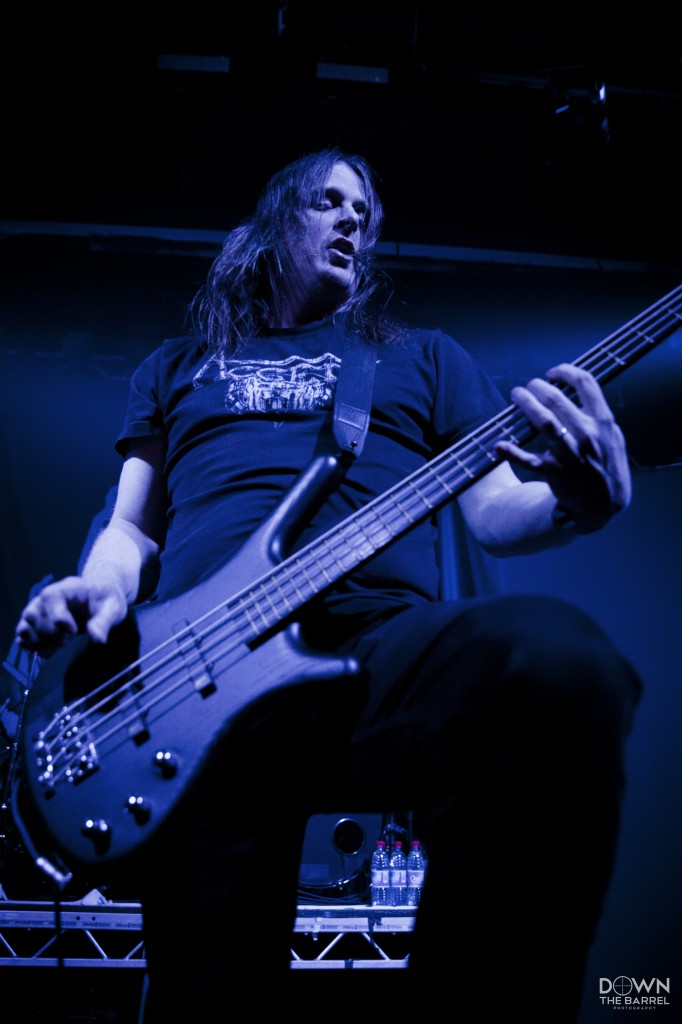 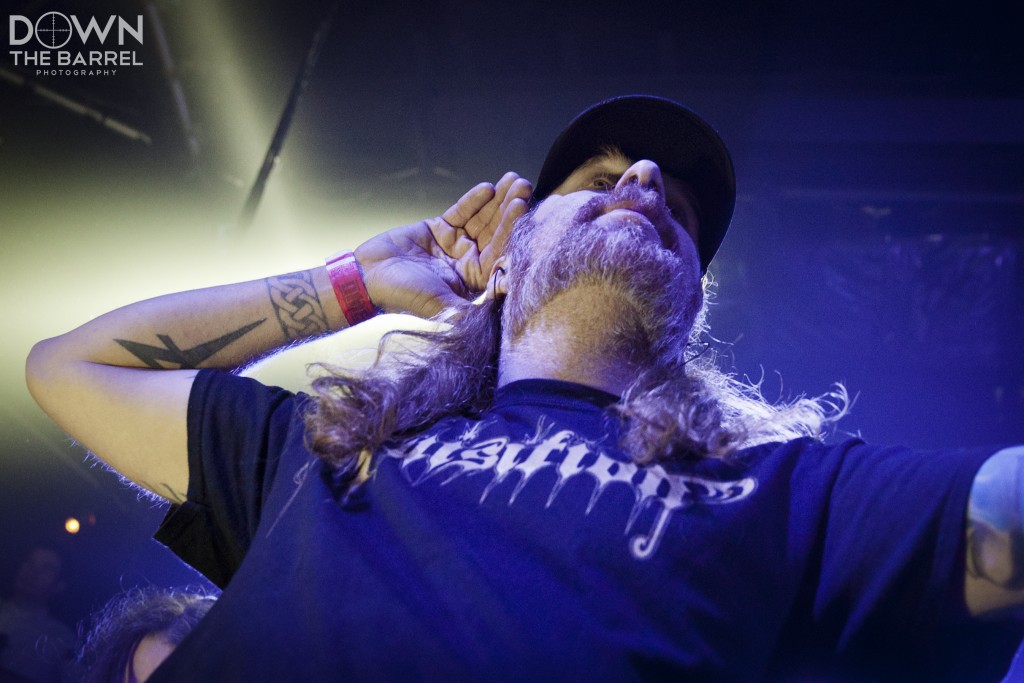 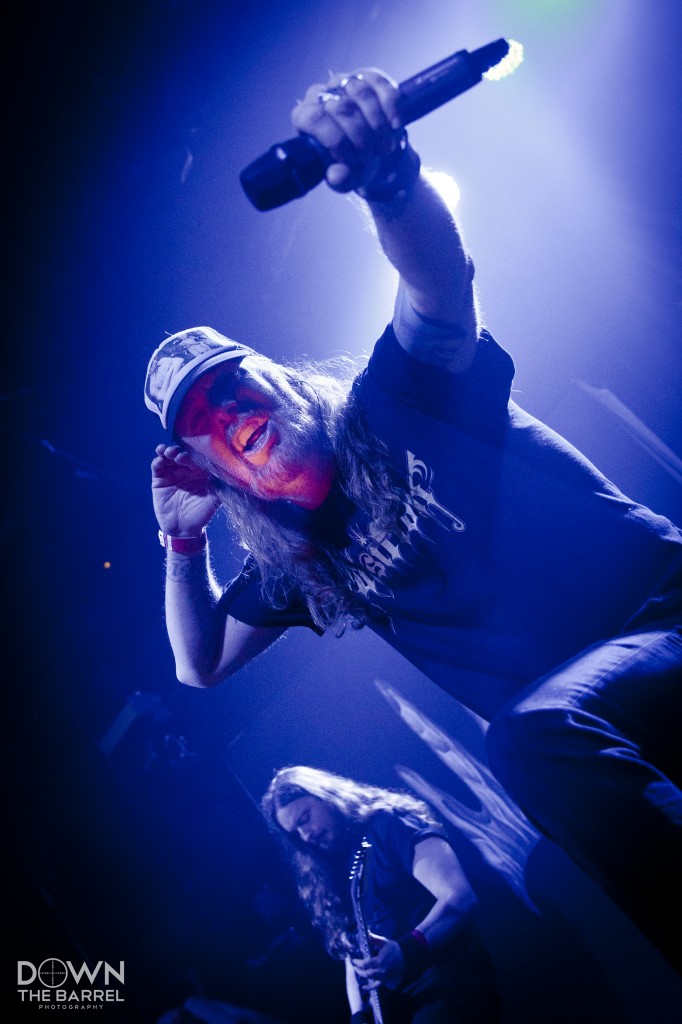 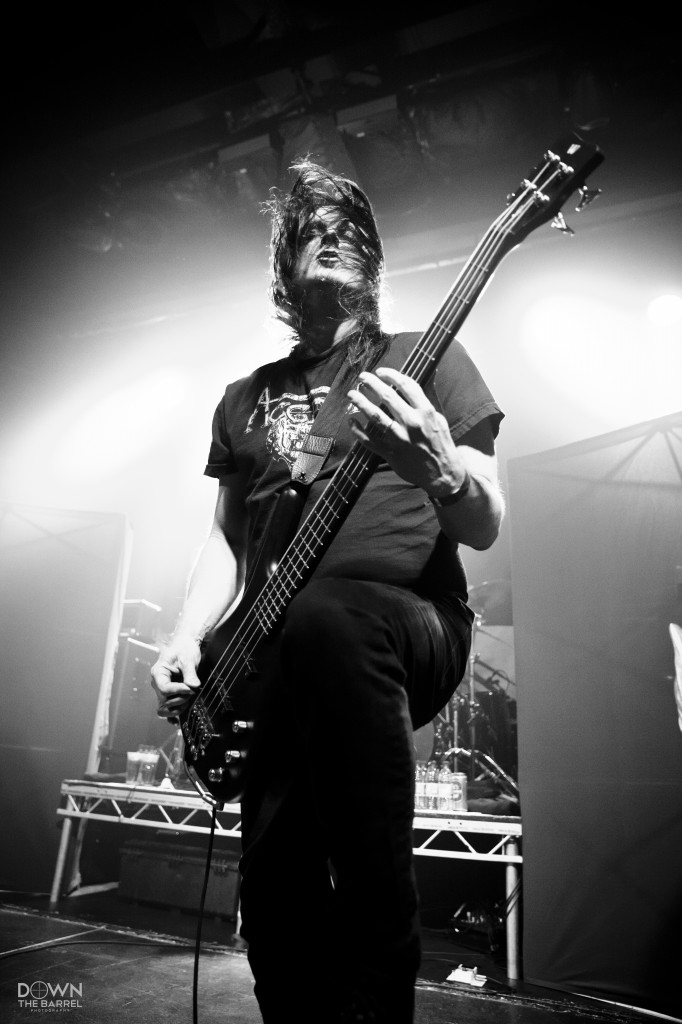 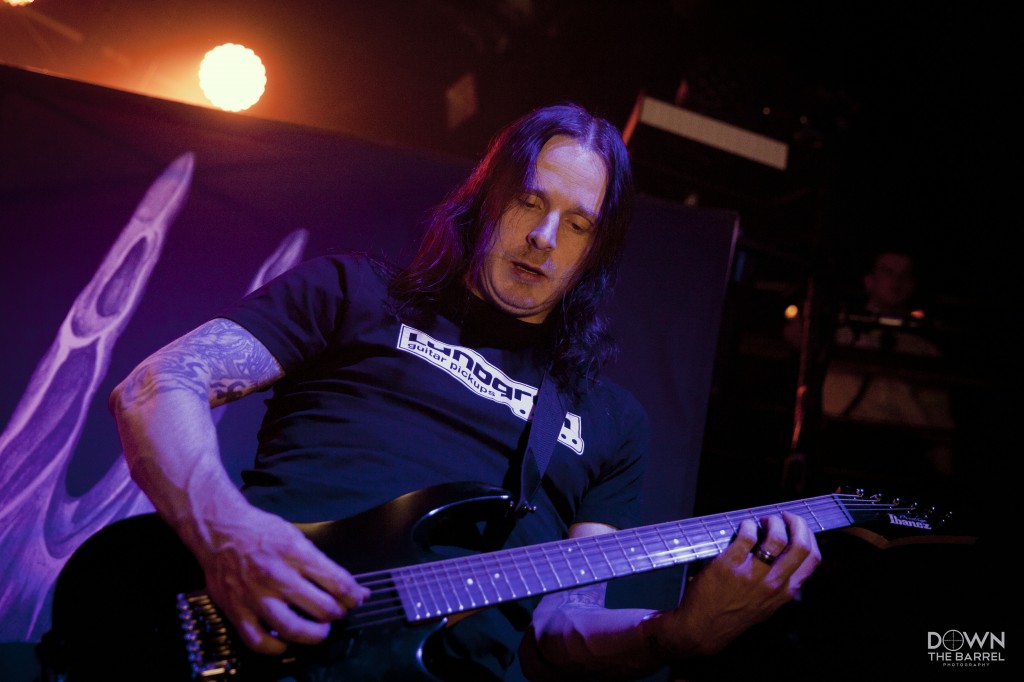 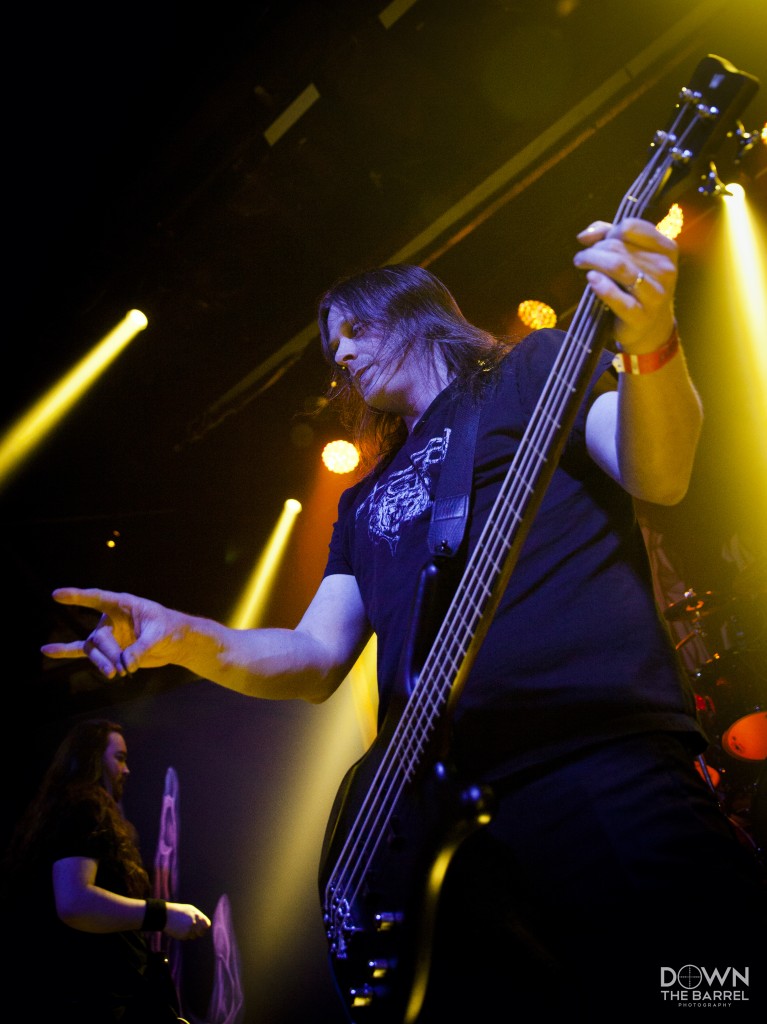