Easily one of the most anticipated studio albums of 2022, GHOST return with ‘Impera’ – a magnificent opus that is dripping with ’80s power chords, heart-bursting choruses and sky-scraping melodies. 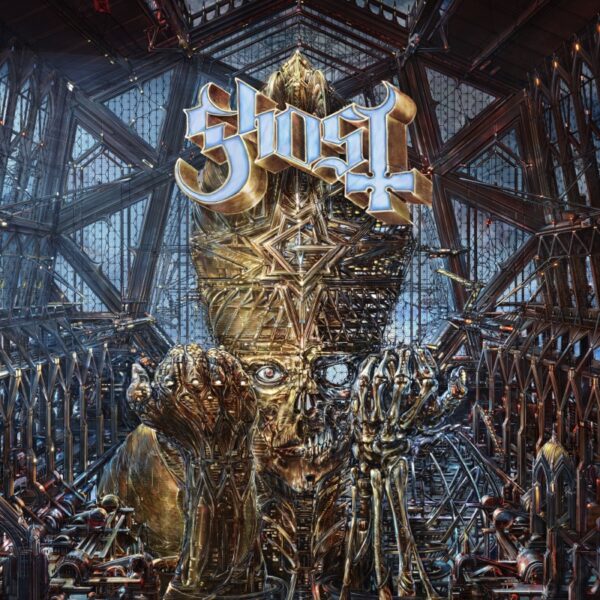 The success of Ghost has been a truly astonishing story. From their underground debut, ‘Opus Eponymous’ just 12 years ago, to ‘Imprea’ which tackles the rise and fall of Empires through the ages…

There is no question that Tobias Forge and his cast of  Ghouls are one of the biggest success stories in the Rock/Metal universe over the last decade, and by the strength of ‘Imprea‘ [Latin for ‘Rule‘], they will continue to reign supreme all the way to the lofty heights of the genre… and beyond. 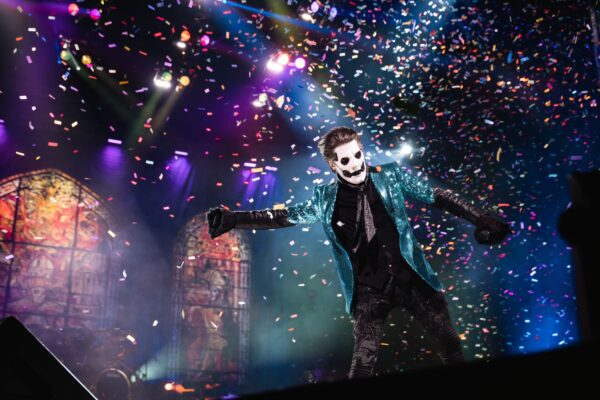 Opening with the bombastic title-track, ‘Imperia‘ sets the tone with its escalating arrangement and skin-tingling melody, that is the perfect precursor to ‘Kaisarion‘ – a glorious burst of sonic colour,  dripping with Ghost’s DNA, all-the-while paying homage to ’80s MTV Metal, and big-hair Rock riffs.

In fact, the entire album is a wonderful cascade of rich ’80s-influenced Metal/Rock/Pop pantomime with Prog-style arrangements peppered throughout, translating more like the gripping soundtrack for an ’80s Blockbuster action movie, rather than your typical studio album.

In fact, a fine example of this is the fist-pumping track ‘Spillways‘, which ticks all the boxes for me. It’s the epitome of what every Ghost fan years for. From it’s Abba-esque piano opening, to galloping tempo, key changes, and a chorus that should come with a warning, as it’s rather contagious. 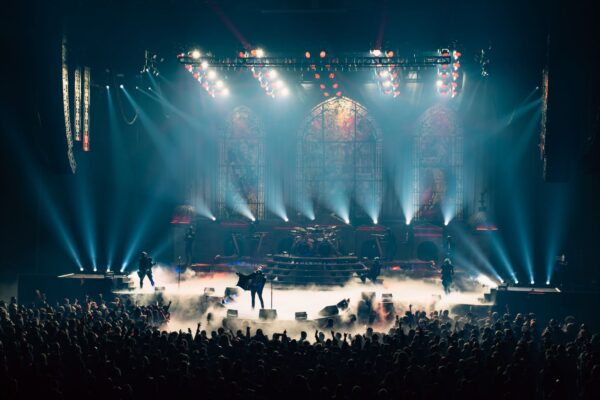 Previously released singles ‘Call Me Little Sunshine‘ and ‘Hunters Moon‘ unfold perfectly in the track-listing before ‘Watcher in The Sky‘ picks up the pace, unloading a Ozzy-style intro, before a plodding sinister beat punches through the speakers – and it’s fucking glorious.

Forge’s vocals are front and centre throughout, complementing the albums warm, rich and stadium-sized production [thanks to engineer Klas Åhlund], laden with the bands’ now iconic theatrics, which work just as good in an audio capacity, as well as visually.

The energy of ‘Imprea‘ seems to shift with instrumental offering, ‘Dominon‘ which segues into one of Ghost’s more strange offerings, ‘Twenties‘. If ever there was a ‘black sheep‘ in the bands discography, this is it. A strange mishmash of styles that, to be honest, seems out of place amongst the albums strong content.

‘Darkness At The Heart Of My Love‘ brings a gentle intro, before a surging guitars, soaring vocals, escalating key changes and intentional soundscape arrangements swirl in the atmosphere before a hair-raising choir joins Forge towards the end. Now, this is how you do a power ballad in 2022!

As we glide towards the final stages of ‘Impera‘, ‘Griftwood‘ presents itself with an unashamed intro that is almost identical to Van Halen’s, ‘Ain’t Talking Bout Love‘, before layered choir vocals, and multiple ’80s metal guitar nuances take over.

Rounding off the album you’ll find the albums’ second segua, ‘Bite of Passage‘ – bringing a feeling of autumnal change, before the final offering comes in the form of  bass-heavy ballad-esque, ‘Respite of the Spiritfields‘,  which keeps a perfect equilibrium of dark and light, [in both lyrics and music] before fading off into the bands very bright future.

In true Ghost style, ‘Impera‘ is rich with theatrics that plays out like an epic movie soundtrack, brimming with a feast of anthemic synths, heart-bursting choruses, and that captivating element the band have had since day one.

In short, ‘Impera‘ is a triumphant addition to what is already a very strong discography. 8/10

‘Impera‘ is available from Friday March 11th via Concord Records, online, and all good records stores. 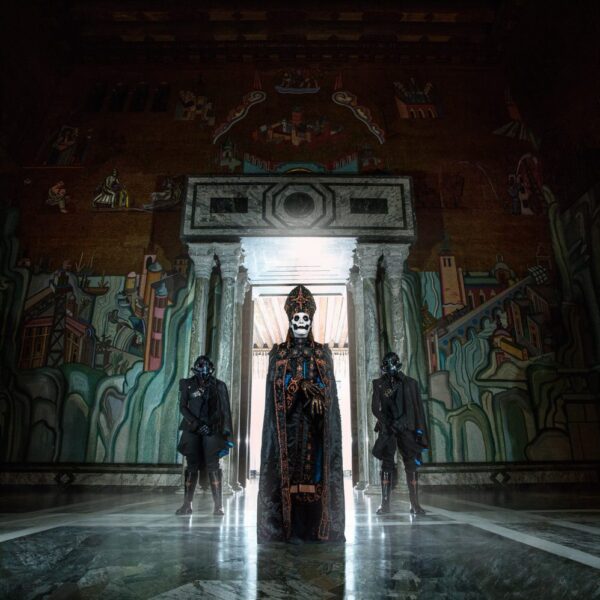