Grand Magus return to Irish shores with their new album ‘Wolf God’ in their arsenal and proceed to unleash a ferocious live show to a sold-out audience. 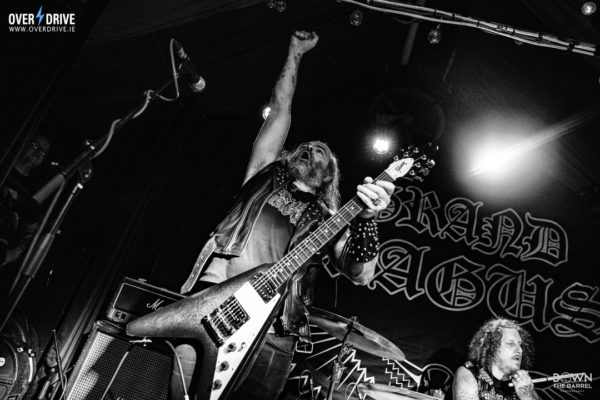 It’s a gloomy night in Dublin as Grand Magus’ tour rolls into town to promote their latest album ‘Wolf God’, and being regular visitors to Ireland over the years, their residence for the night, The Grand Social, is sold out.

Tonight’s line-up is completed with support from their fellow Swedish compatriots in Wolf. From the get-go, the venue is buzzing with excitement, and a more than healthy amount of punters have turned up to see the opening act… 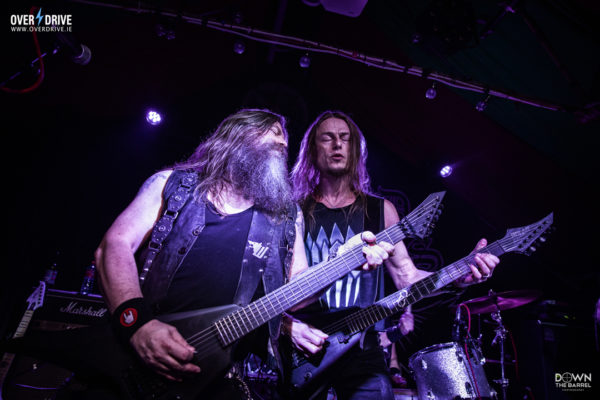 The sound of a guitar imitating an air raid siren sets the tone for what’s ahead as Wolf take the stage. They waste no time getting started, raising the tempo in the room with their brand of classic heavy metal. Although initially, the audience is quite passive, Wolf starts to win them over with their undeniable enthusiasm.

Frontman Niklas Stålvind is particularly effective and the music seems to flow through him. His regular hand gesturing and maniacal grimace help get the crowd’s interest as the band plays material from their new album ‘Feeding the Machine’, the title track of which is arguably the highlight of their set.  2.5/5

The anticipation and excitement in the room has only grown larger as Grand Magus’ appearance draws closer. By the time their intro track starts to play, the crowd begin to cheer at an immense volume. Cups of beer and fists are raised into the air as a salute and the band are given a hero’s welcome as they begin to play.

Their sound comes from the roots of metal, flying V guitars, A Rickenbacker bass and pounding double bass drums. For a three-piece band their riffs demand a lot of weight. They are nothing short of pummelling, and it’s definitely felt by those in attendance. The songs have the venue heaving, headbanging, and most noticeably, loudly singing along to the memorable choruses the band are well known for. 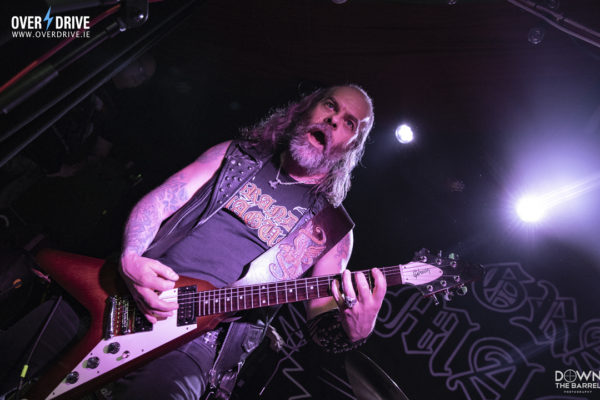 Band leader Janne “JB” Christoffersson has great stage presence. He’s clearly having a lot of fun as he entices the crowd to get involved, delivering a few playful jabs at times wherever they seem to quieten. This is met with great enthusiasm as more bodies start to move and the volume in the grand social swells. His voice is strong and gravelly, similar to Bruce Dickinson… if Brucie’s diet consisted mainly of metal studs. It has great command as the band deliver a well-rounded selection of songs.

The show is closed with the unquestionable highlight of the night, ‘Hammer of the North’, in which the audience are challenged to sing louder than the show to come in Belfast. This test is not taken lightly and the chants begin to surpass the volume of the band while they smash their way through the track. As the final notes ring out, the gleeful crowd continue to sing while the band take their bows.  4/5

Photos – Down The Barrel Photography, exclusively for www.overdrive.ie © 2020. All Rights Reserved.