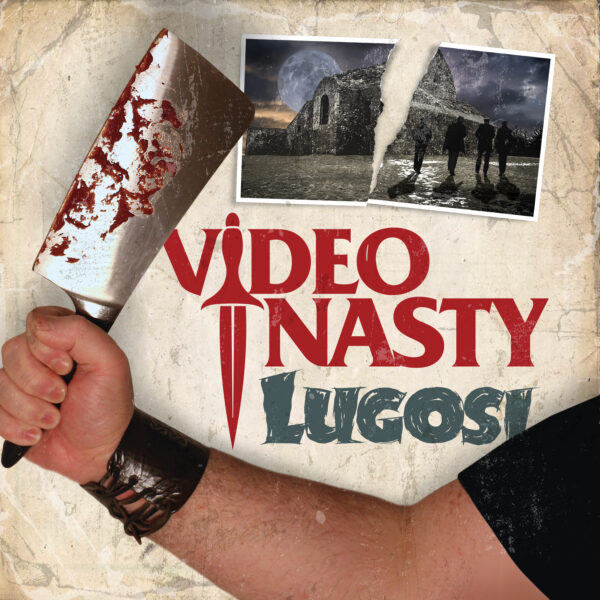 Especially if the shop had a good horror section, racks and racks of small plastic boxes, often portraying garish and grotesque artwork and in an era, before everything was offensive, the surly staff would let you rent a classic like Zombie Flesh Eaters or Evil Dead provided you were tall enough to see over the counter.

Dublin’s Lugosi harks back to that bygone era, one of Satanic panic and Video Nasties, the latter being the title of the band’s latest album.

Lugosi are like a Frankenstein’s Monster made up of body parts from the Misfits, The Cramps & The Ramones all fused together using the blood of Motorhead to form their own brand of horror punk rock n roll.

The album is full of fun Halloween party anthems and the band’s sense of humour and attitude is evident throughout, with tracks like Late Night Slasher Movie, the played at ramming speed, We’re Here To Drink Blood, 70’s dystopian sci-fi homage, Soylent Green, The Vampyre, with a funky bass opener that Geezer Butler would be proud of and I defy anyone to try and not bang their head the thunderous riffs on Hellfire Club.

Personally, I can’t wait for gigs to return because I can only imagine how much fun Lugosi are on stage, so for now, climb into your seat, keep your hands inside the carriage at all times, crack open a beer and enjoy the Rock N Roll ghost train that is Lugosi’s Video Nasty, you’ll be doing that graveyard smash known as the Monster Mash in no time! 6/10

‘Video Nasty’ can be pre-ordered via this link. Official release date, March 12th. 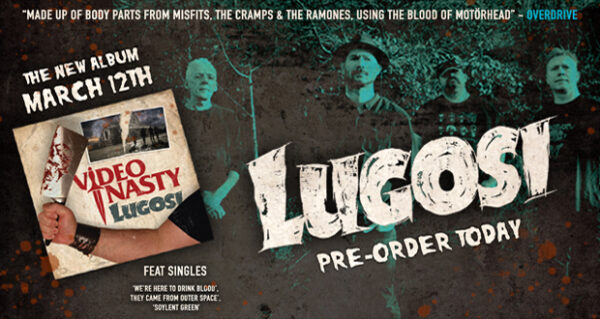