The greatest show on earth pulled into SSE Arena Belfast for one night only on their ‘Legacy of the Beast’ tour. Yes, folks, Iron Maiden have been doing a lap of glory showcasing their vastly rich history and tonight, Belfast was given a crown jewels level performance. 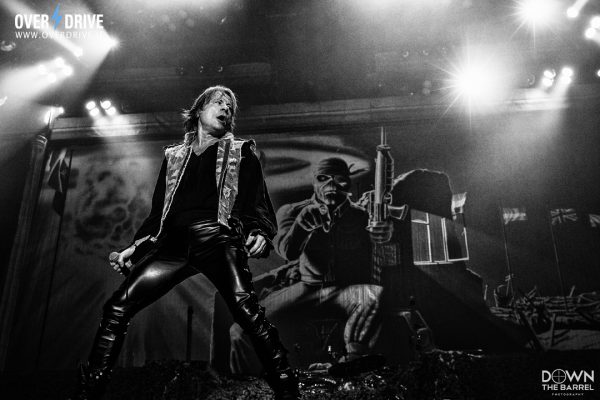 The city of Belfast has been overtaken by black-clad hordes of excited metalheads who make their way under a dull overcast sky towards the SSE Arena like moths to a flame.

It’s not every day that one of the most influential, ground-breaking and highly respected live bands on the planet pull into the capital and judging by the sold-out crowd that snakes its way around the exterior of the Arena, each and every ticket holder is dead-set on paying their respects  – the old school way.

Taking to the stage after a sold-out headline performance the previous night in Dublin, Killswitch Engage hit the stage with a venomous level of power and passion. Vocalist, Jesse Leach dominates the huge stage with ease as his bandmates churn out their brand of melodic metalcore, which echoes throughout the SSE. 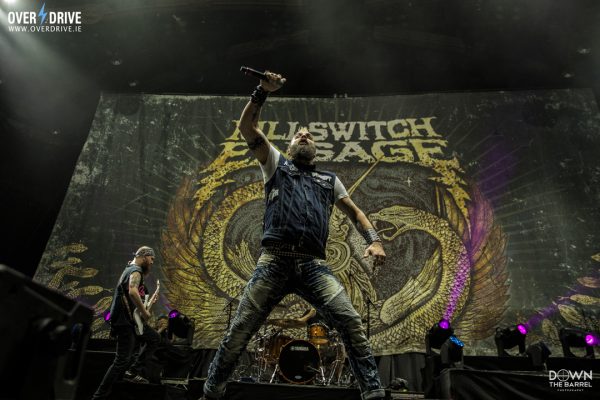 I can’t imagine opening for Iron Maiden is any easy task and with a fairly stagnant, yet captivated attendance, the arena (not 3/4’s full) politely welcomes each track with little to no fanfare.

Guitarist Adam Dutkiewicz skips, hops and jumps his way from the back to the lip of the stage before trotting back to his backing mic to lay down the occasional guttural roar. It’s clearly not for everyone here tonight but with tracks such as ‘Hate by Design‘, ‘The End of Heartache‘, ‘My Curse‘ and their now famous Dio cover of ‘Holy Diver‘, the band make an impression on the majority of tonight’s crowd and bid their farewell. 3.5/5 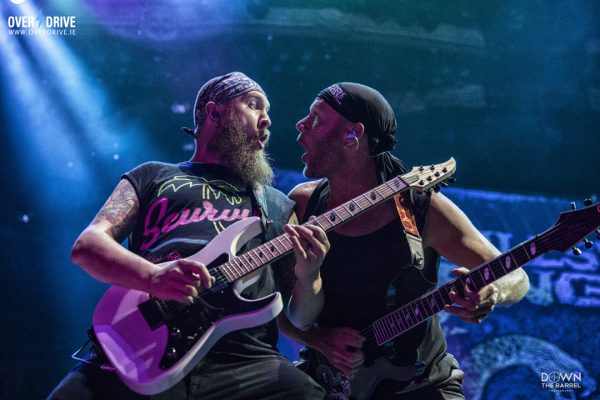 With the capacity now at peak levels, the SSE Arena prepares itself for a master class performance of epic levels. We are plunged into darkness with the trademark ‘Doctor Doctor‘ providing the soundtrack to the swelling excitement that hangs in the air.

The thunderous sound of Maiden’s‘ intro pounds throughout the Arena with Churchill’s iconic speech almost lost amongst the deafening screams before the ‘Aces High‘ intro.

Bursting onto the stage with the intensity of a cyclone, Steve Harris, Adrian Smith, Dave Murry, Janick Gers, Nicko McBrain (although you can’t actually see him behind the kit) and an ‘airborne’, Bruce Dickinson rip out this classic as if it were 1984 all over again. 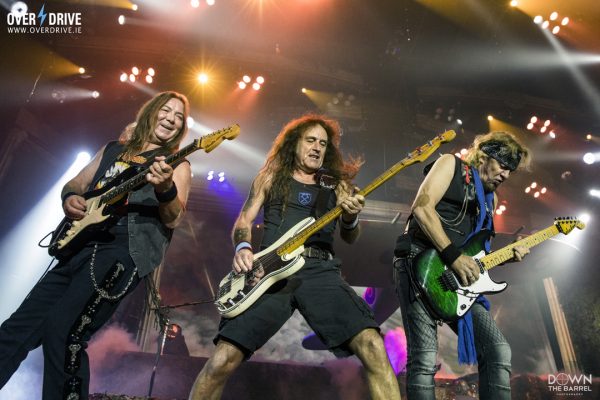 Having seen Maiden many times over the last three decades or so, there is a fire inside them tonight that is burning brighter than ever before. The memories of staring at their mesmerising album artwork as a child and studying the ‘Live After Death‘ footage trying to work out what Murray and Smith were playing, comes flooding back as they rip through tonight’s set opener, all the while a scaled to size Spitfire glides over the stage adding to the majestic intensity of their performance.

Considering Dickinson’s vintage, his vocals are in peak condition throughout the show and although at times hard to hear over the overpowering volume of tonight’s crowd, he masters classics such as ‘Where Eagles Dare‘, ‘2 Minutes to Midnight‘, ‘The Trooper‘ and personal favourite ‘Revelations‘ with a perfect equilibrium of theatrics and precision.

There is little banter from Dickinson tonight as they work through a setlist of 16 genre-defining classics accompanied by a whirlwind of captivating stage props and visually commanding backdrops that are switched over for almost every track.

The use of stage props keeps Dickinson busy throughout the show, as he disappears and reappears with various costume changes and at one point is equipped with a flamethrower strapped to his back for ‘Flight of Icarus‘ to which he gets up to all manner of mischief including a close call with Nico’s golden mane.

For any self-respected Maiden fan, tonight’s show is an indulgence if anything. A glorious peppering of the band’s rich career, all tied together in a tantalising visual extravaganza that leaves jaws agape, the heart-rate galloping and shredded vocal chords the following morning.

The Belfast SSE Arena laps up every last drop of the band’s performance which finishes off with encores ‘The Evil That Men Do‘ (what a track), ‘Hallowed Be Thy Name‘ and finally, ‘Run to the Hills‘, which has every man, women and child on their feet under the hypnotic spell of the worlds greatest Heavy Metal band.

This is Iron Maiden 2018. A juggernaut performance of epic professionalism from start to finish. 5/5 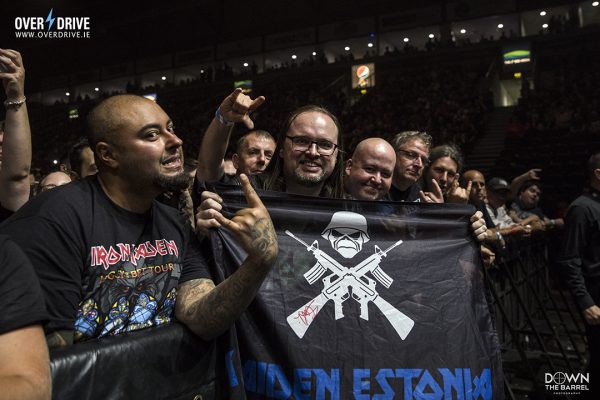