REVIEW | KING 810 ‘La Petite Mort or a Conversation with God’


‘LA PETITE MORT OR A CONVERSATION WITH GOD’, KING 810’s follow-up to their provocative and acclaimed debut LP ‘MEMOIRS OF A MURDERER’ is set to arrive on September 16th (this Friday) and Overdrive has been giving the bands sophomore release a few spins to see if the Flint, Michigan crew can sustain the level of hype they managed to command upon their arrival to the global stage back in 2014. 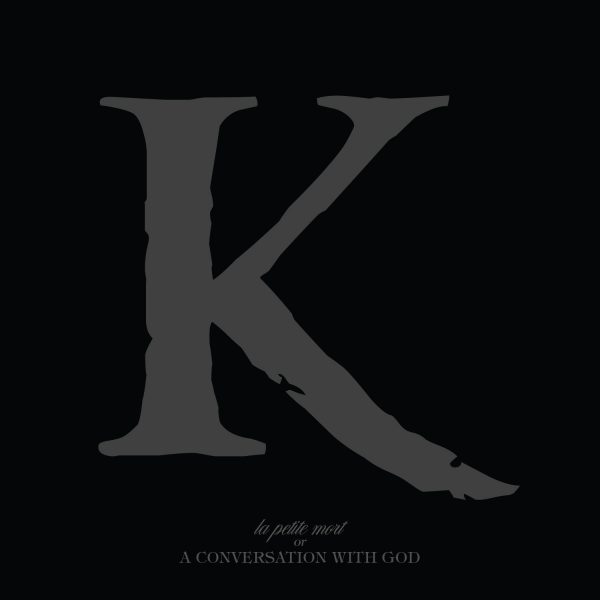 Having been in operation since as far back as 2007, King 810 only began to grab the attention of the global metal fraternity in 2014, with their triumphant breakthrough debut studio album, Memoirs of a Murderer.

Gracing the covers of the many a glossy magazine, we all became well versed in the turbulent and sometimes questionable lifestyle surrounding the band and particularly the ‘heart on sleeve’ rhetoric of frontman David Gunn. Murder, bloodshed, and chaotic gun violence, provide the backdrop to a hopeless sense of existence; which is all linked to the band’s hometown of Flint, Michigan.

There is no doubt that King 810 have to deliver on this, their second major studio album. A definite divide within the metal community propelled the band’s popularity and whether you like it or not; generated a sensational amount of mystic and momentum, generating impressive album sales, leading to coveted package tours such as Slipknot’s Prepare for Hell global assault.

Produced by Josh Schroeder, Justyn Pilbrow and KING 810 and recorded in Bay City, Michigan, LA PETITE MORT OR A CONVERSATION WITH GOD finds KING 810 delving right back to the lyrical inspiration into which they so explicitly ventured on Memoirs…

Opening track ‘Heavy Lies the Crown’ finds frontman David Gunn wasting no time in ripping the band-aid from a very septic wound. His opening statement publicly sets the tone, claiming that upon his return from touring, people he knew had been murdered and had he been there, he just might have been able to save them. Yea, very dark indeed!

What is instantly noticeable is the production on this album, which kicks a tremendous amount of arse. You will be hard pushed to find a more crushing, vacant and eerie guitar tone this side of the decade. Gunns vocals switch between tooth-grinding venomous snarls and helpless anger; to emotionally charged desperation.

Already released track, ‘Alpha & Omega’ fits perfectly as the second offering with a slow, heavy-as-fuck pace that just crushes all in its path, before the giant riffs of ‘Give My People Back’ come seeping from the speakers, armed with a menacing chorus and enough embedded hatred; that it leaves you feeling a little uneasy. 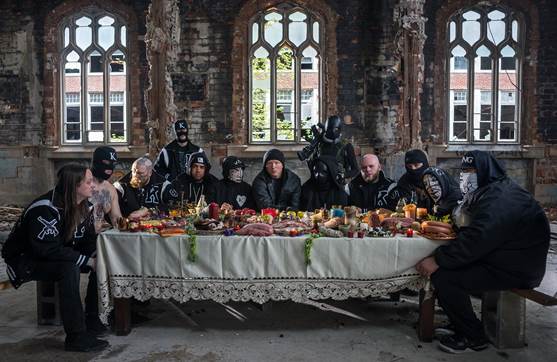 There is no question that King 810 is very much all about Gunn’s interpretation of life. His hypnotic and extraordinary ability to drag the listener through the bloodstained streets of Flint; is an achievement in its own right. Like it or not, it’s compelling at times with slightly un-nerving afterthoughts.

Referring to King 810 as ‘Nu-Metal’ just doesn’t seem right, especially since that specific terminology was laid to rest many moons ago. The absence of guitar solos would be the only similar trait; when trying to associate the band with the genre but look a little deeper and you’ll find that there is actually a hell of a lot going on with King 810. The slow crushing pace of tracks such as ‘Vendettas’ and the poetic structure to ‘Black Swan’, show a very different style of music that is hard to classify at times.

La Petite Mort or a Conversation with God seems to be more than just your standard album. As each track weaves its way into the atmosphere, it’s hard not to imagine this album being more of a soundtrack to a cinematic masterpiece, rather than a collection of songs. The magnitude of space between the malice in Gunn’s lyrical delivery, in conjunction with the cold hopelessness of the music; creates a horrific, dark and dreadful place, perfectly executed with ‘The Trauma Model’ and title track ‘La Petite Mort’ which clocks in at just under 8 minutes.

Keeping an intense consistency with ‘I Ain’t Going Back Again’ and ‘War Time x Trick Trick’ the album takes an unpredictable left turn with ‘Life’s Not Enough’, showing a more heightened soundtrack element to the band; complete with sax solo (yes, a sax solo)!

Following that is dramatic and passionately strange ‘Me and Maxine’, which makes you wonder are you listening to the same album! Not a million miles away from the background music in a Tarantino movie, King 810 are clearly playing by their own rules.

Finishing up with ‘Wolves Run Together’ and ‘A Conversation with God’ it’s impossible to wonder how they will be able to pull this album off live. Fragmented musical arrangements that unpredictably switch between string sections and atmospheric soundscapes, provide an interesting listen – there is no doubt about that, however, the overall  delivery can at times, grind the momentum of the album to a halt, which can take some getting used to.

Sounding more like a cinematic score; rather than a traditional album, King 810 are masters of creating a truly vivid landscape, drenched with misery, pain and hopelessness. La Petite Mort or a Conversation with God displays a band that are not only pushing their own personal boundaries but are also not afraid to explore the unpredictable side of heavy music. 4/5

La Petite Mort or a Conversation with God will be released worldwide on Friday, September 16th, 2016 via Roadrunner Records. To order your copy, simply click on the graphic link below.