REVIEW: THE LEGEND OF TARZAN


As the summer block-busters come fast and frequent, Overdrive gives you the inside on ‘The Legend of Tarzan’. 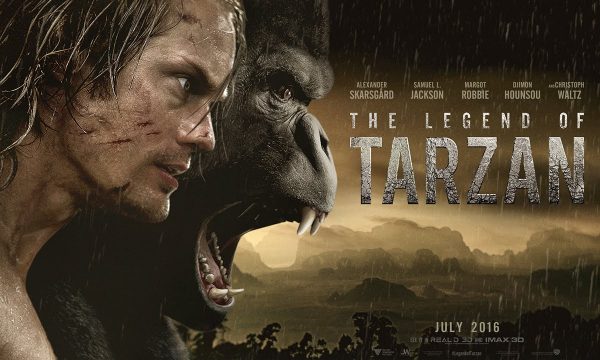 It’s safe to say that the world let out a collective groan upon hearing about another blockbuster remake this summer. That is until they saw the cast for The Legend of Tarzan… Alexandar Skarsgard (Tarzan) more than fits the bill; just look at the guy!

Margot Robbie (Jane) promises and delivers as an edgy, anti-damsel in distress. Samuel L. Jackson is perfectly cast as the sidekick (George Washington Williams) who is plucky but completely out of his depth and Christoph Waltz (Leon Rom) is, as always, a treat to watch as a maniacal villain. Another pleasant surprise comes in the form of young standout Christian Stephens who steals the show as the childhood representation of Tarzan in a series of flashbacks which quickly cover the origins of the character. 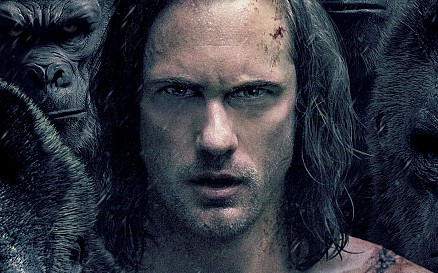 Huge praise must also be given to Henry Braham for his cinematography. The vine swinging scenes, which are synonymous with the story, are masterfully captured as are the stunningly tangible likenesses of the jungle animals.
Unfortunately a film can only be as good as the script and direction its cast are given. Craig Brewer (Urban Cowboy) and Adam Cozad (Jack Ryan: Shadow Recruit) seemed like an odd choice to tackle the adaptation of Edgar Rice Burroughs creation and did nothing to dispel my doubts here. The primary problem is that hero if the piece is at no point a likeable character. Director David Yates (Harry Potter series) is seemingly intent on making what should be a fun-filled, family romp into a serious, politically-charged commentary. Skarsgard is forced to play the role much like a Christian Bale era Bruce Wayne; all brawn and brooding. An attempt at a cool and morose anti-hero does not mesh well here though and leaves the Apes who raised him looking far more human than he does. 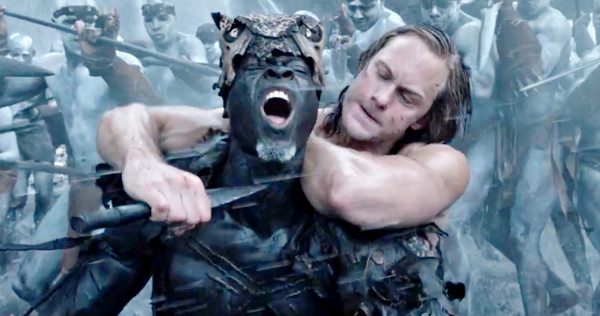 The Legend of Tarzan takes itself almost as seriously as Skarsgard plays the role. Where cheesy one liners would normally be delivered with an appropriate amount of irony (Jackson is a master at this), here it seems that the cast have been instructed to tackle them with utmost consequence. The effect is a humourless dialogue delivered with equal sombre. What this movie really needed to do was pick a target audience and stick to it. The trend of big budget blockbusters trying to be both dark and brooding under a PG13 rating may have worked for David Yates in the later Harry Potter films, but it rarely works anywhere else. 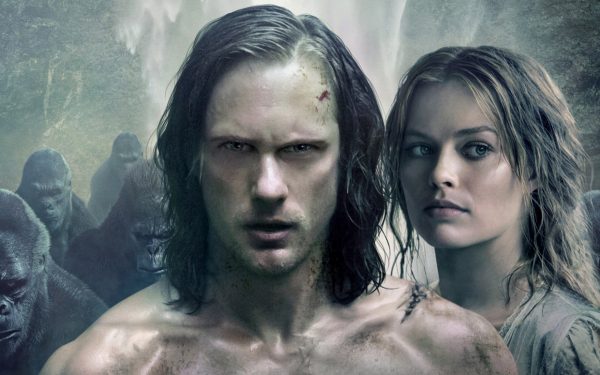 It’s a pity because the cast are for the most part excellent and honestly it’s worth the price of admission for the visuals alone! If a little genuine humour and levity had been added to the overall wondrous spectacle this could’ve been a real runner.

The Legend of Tarzan will be on general release from July 6th. Running time 1 hour 50 mins – PG 13