Austrailia isn’t going through a Rock & Metal revival, the bands have always been there plugging away, but it does seem lately that more and more bands are starting to get international recognition, which is long overdue. Another of these bands is Massive, a four piece unit who hail from Melbourne. Their particular brand of good time rock ‘n’ roll is familiar in nature, but very engaging none the less. 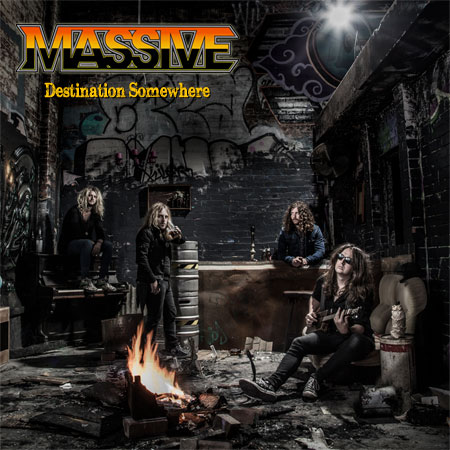 Destination Somewhere is the follow-up to the very well received debut, 2014’s Full Throttle, and second time around the guys are pushing even harder to make a racket.

Musically the band play straight ahead Rock music, have to say first impressions on Brad Marr’s vocals reminded me a little of Fall Out Boy’s Patrick Stump in places, especially in the chorus of the opener ‘One For The Road’, nothing at all wrong with that, just means there’s a very accessible and uplifting quality in there. On the whole the album is a mix of balls out rockers, some blues edges in places and it’s just an explosion of positive rockin’ vibes. This is not only a pretty cool chunk of Rock but it’s also different, I’m not saying it’s the most original sounding album you’ll hear this year, but it’s put together in a different way, there’s a controlled chaos here that makes you think it wouldn’t take much for these guys to just let loose and unleash hell. Tracks like ‘Up In Smoke’ that has enough kick in it to take you clean out or ‘Circus’ which is a raucous but oh so melodic anthem. 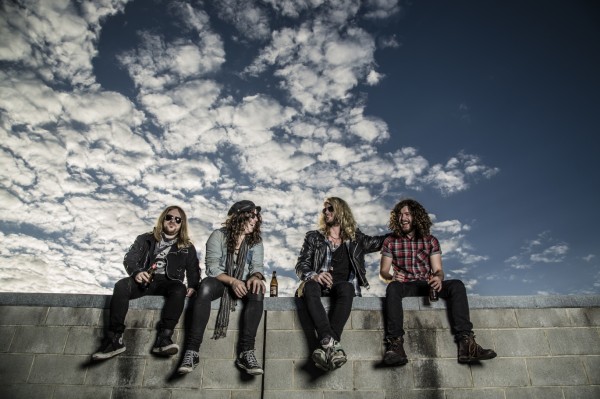 It’s crazy, but after listening to the album a number of times there’s times when it’s just impossible not to start rocking out, tracks like ‘Destination Somewhere’ and the aforementioned ‘Up In Smoke’ really do have that ability to get you moving. It’s kind of a shame that the two closing tracks on this album are in reality the slowest in momentum, and don’t get me wrong, nothing wrong with either track (particularly like the rambling, brooding almost country vibe to ‘Beaten Dog’, nice track), they are really good, perhaps positioning them through the album and ending with a one of the higher tempo songs would have been finished it off perfectly, but personal thoughts aside, it’s a cracking album well worth taking the time to listen through and just enjoy, let their infectious rock ‘n’ roll lift your spirits.

Thinking out loud wouldn’t a tour with Massive and Bonafide would be a hell of a fun ride if it ever happened, the guys from Massive are planning on hitting Europe again later this year – don’t miss out if you get the chance to hear these songs live. It will be one kick-ass party night.

‘Destination Somewhere’ is out now and available on this link.

Overdrive recently spoke with Massive vocalist / guitarist Brad Marr about the bands new album and their plans for 2016. Get that full interview here! 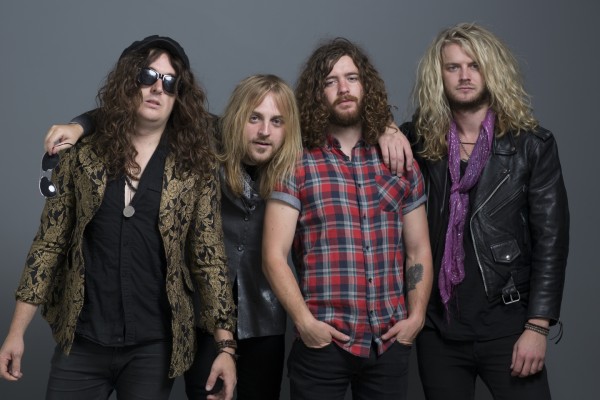