The 2018 Bloodstock Metal 2 The Masses Ireland campaign continued to roll on with the final showcasing heat taking place on March 31st. The final six bands took to the stage in Dublin’s Fibber Magees, rounding up this year’s full roster of potential Bloodstock Festival additions. 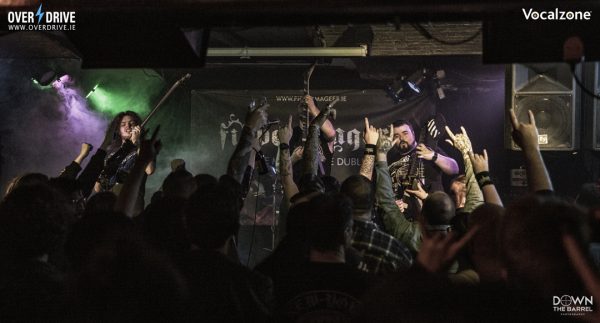 Now becoming a familiar sight, a cocktail of apprehension and anxiety lingers in the air, as members of Elevation Falls, Theories Divide, Black Dawn Rising, Sixth Extinction, Marabou and Slung From A Tree prepare themselves for battle under the glow of Fibber’s stage lights.

Tonight sees the final of seven heats that began in January, showcasing each of the 35 bands in all their blazing glory. Tonight’s show will determine who will proceed to the semi-finals on April 14th, 21st and 28th, completing the full line-up’s for each event.

Opening up tonight’s proceedings are first-time M2TM entrees, Slung From A Tree, who rip open the guts of the venues PA with their captivating brand of fuzz-drenched sludge. Hailing from Kerry and Limerick city, the four-piece smash through a setlist that is the audio equivalent of a back-street bar fight in slow motion. 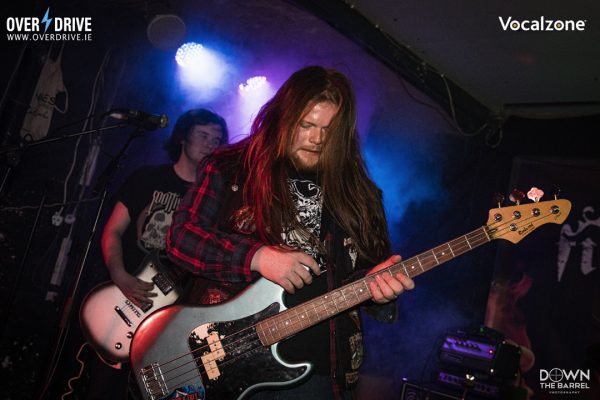 Low and slow menacing riffs thunder from the stage as vocalist Aaron Loughnane leads the crowd down a dark and twisted pathway using two mics (one with heavy reverb) which compliment the overall sonic delivery.

There is little movement on stage from the rest of the band, as their purpose is to cast out the low-end brutality as best they can. Having played with the likes of Kingwitch, Ten Ton Slug and The Crawling, Slung From A Tree most certainly pack a punch and deliver an impressive opening performance to a curious crowd.

A little more stage presence would have upped their overall performance and helped them win over the increasing crowd. That being said, Slung From A Tree are a band that have all the tools to surge forward within the flourishing Irish Metal scene. 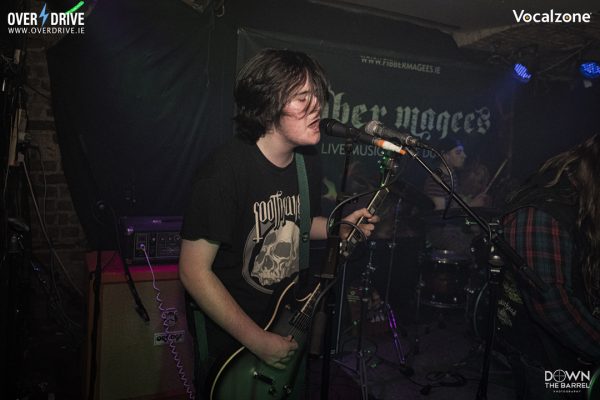 For more information on Slung From A Tree, please visit this link.

Having not seen Marabou live for quite some time, it would seem that most of the venue’s punters were also sharing a specific interest in the bands’ welcome return to Fibber Magees.

Having recruited Ren on guitars, Marabou are on fighting form tonight and as they launch into ‘These Creeps‘, the explosion of energy from the stage is intoxicating to say the least. Almost immediately, Marabou have the venue in the palms of their sweaty hands as they rip through ‘Skywalker‘ ‘Decode The Sky‘ and ‘Gimps‘. 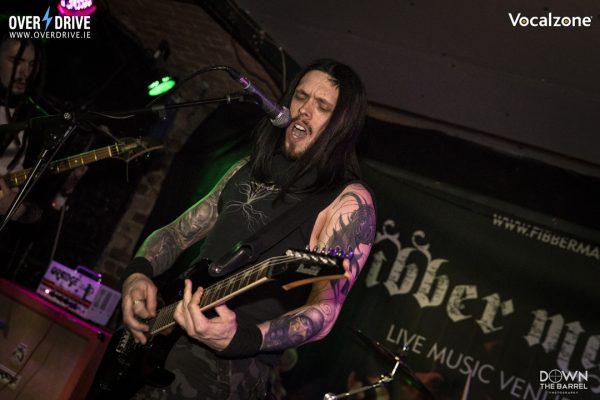 Now with split vocal duties from Ren, founding member Shay Davitt looks every bit the Tommy Victor (Prong) as he spits a commanding and visceral performance from centre stage, with the unhinged activity of Ren, bassist Kalebh and sticksman Tom, who proceed to layout a disaster plan of audio brilliance upon the now rammed venue.

Having only played two tracks from their recently released ‘Spirit Lights‘ EP, Marabou are a band that certainly don’t do things by the books and as they finish up with guitarist/vocalist Ren, almost smashing his guitar off the ground. There is no doubt that Marabou have their sights set on Bloodstock. You have been warned. 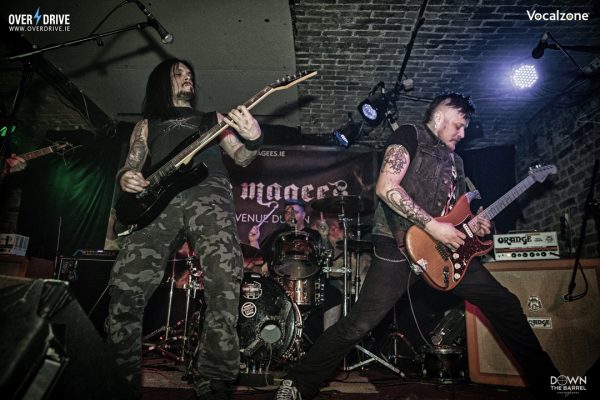 For more information on Marabou, please visit this link.

Having had to reschedule their original performance date due to the great blizzards of 2018 back in early March, Clonmel’s Sixth Extinction are dead set on bringing the big guns to tonight’s final heat.

Their debut album ‘X and Why?‘ was only released the previous day and having been on somewhat of a mini-tour, the lads are well and truly oiled up for tonight’s performance. Vocalist, Liam Ryan towers over the crowd with his glorious mane of fire-red hair and proceeds to unleash the power of his lungs which literally thunder through the venue much to the surprise of punters who have never seen the five-piece before. 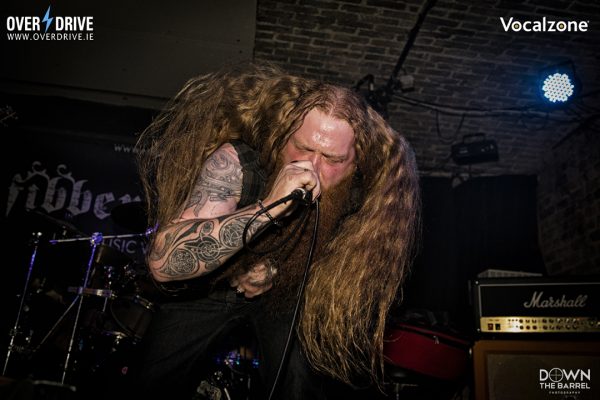 This is seriously impressive stuff folks! Grinding out a perfect hybrid of groove and crushing melody, Sixth Extinction are a tremendous force to be reckoned with. Guitarists Dave Fogerty and Wojtek Orlik create a sinister background laced with elements of Korn, Soil and touches of Lamb of God here and there, all the while bassist Lukasz Ryz and drummer Grzegorz Skowroński drop low-end bombs that shake the very foundations of Parnell Street with little effort.

Sixth Extinction are swelling beyond the realms of their local scene and we predict that it won’t be very long before they begin to attract the attention of promoters, agents and media platforms outside of Ireland. Watch this space. 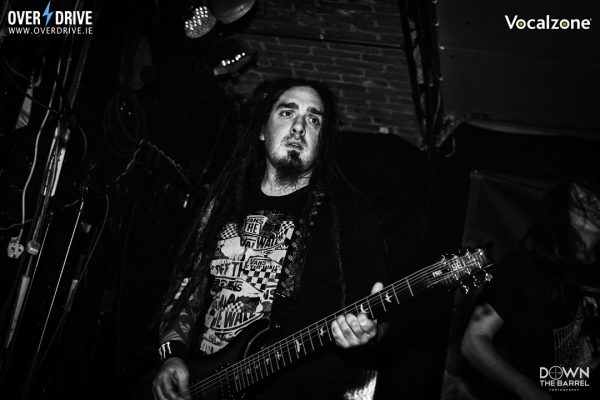 For more information on Sixth Extinction, please visit this link.

With a very large crowd gathering in front of the swamp-green lit stage, Black Dawn Rising march straight into the front-lines of Fibbers armed with an arsenal of melodic death metal from the depths of they hometown in Carlow.

For a three-piece, Black Dawn Rising make one hell of a racket! Vocalist Colin Rossiter opens the very gates of hell with his stunning guttural attack, all the while his fingers dance over the neck of his bass. 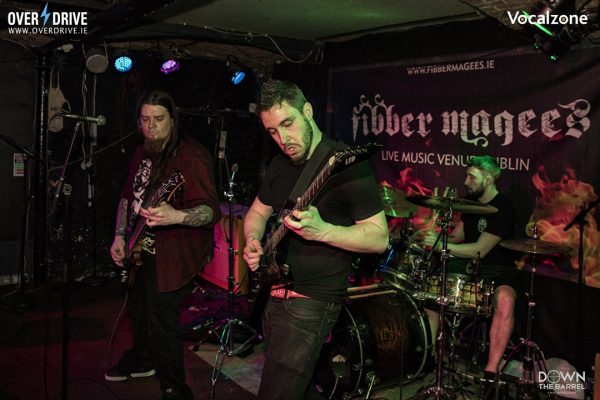 Guitarist Damo Nolan and drummer Ronan Nolan hammer out a barrage of sonic filth that has the venue in headbanging heaven for their 25-minute set. A clear and present fan base for Black Dawn Rising, has a flow of votes coming into the judges’ panel, as we are treated to a hybrid of thrash infused technical death compositions.

With regards to the sound, at times Nolan’s guitar tone was a little on the high-end side and could have done with a more meaty, middle/low presence, which would have ultimately given the overall sonic delivery an extra punch.

Bidding farewell to the rammed main floor in Fibber’s, Black Dawn Rising have clearly accomplished what they set out to do tonight and judging by the crowd they have standing in front of them, demanding more, this is a band that certainly demands your attention. 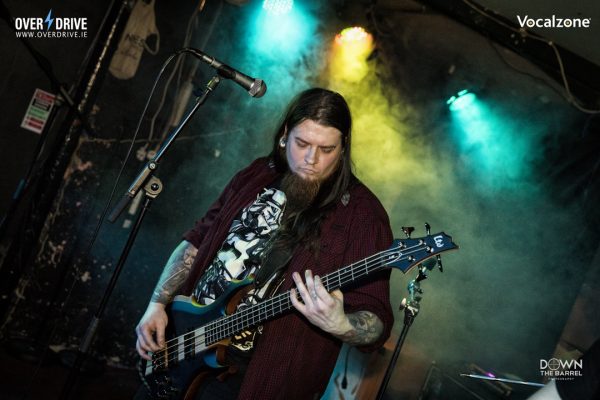 What is shaping up to be one legendary M2TM Ireland heat, we prepare ourselves for the welcome return of Dublin-based contemporary metal crew, Theories Divide who come bursting out of the traps with a setlist that is bubbling with about 50% new material.

Their acclaimed studio release ‘The Outcast‘ (2016) helped Theories Divide rise to the top of the unsigned Irish Metal scene with ease, earning the band a wealth of new fans and more importantly, buckets of confidence. 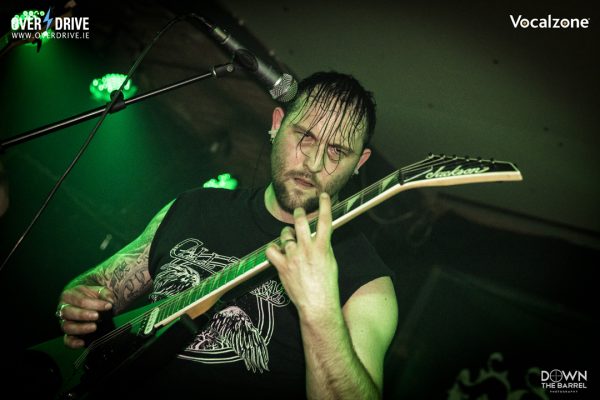 Tonight, the look in vocalist/guitarist Garreth Quinn suggests that they mean serious business as they smash into their performance with the intensity of a powder keg on impact.

Bassist, Cian O Riain’s maturity has blossomed over the last few years and as he dominates the left of the stage in a blur of hair, gritted teeth and organised chaos, his colleagues Leigh Ferguson (guitars) and bearded sticksman, Garrett Muldowney, is clearly in his happy place, doing what he loves to do. 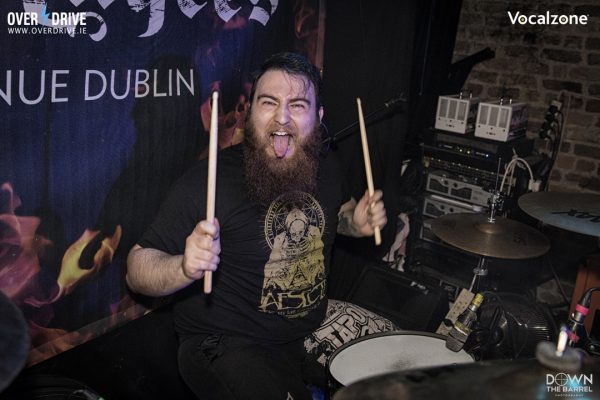 Quinns between-song banter is a testament to the band’s no-bullshit honesty and dedication to all things Theories Divide, and tonight the band deliver a crushing set of bangers under the watchful eyes of a very large crowd indeed.

For more information on Theories Divide, please visit this link.

Tonight’s final performance is from Dublin-based hard-rockers, Elevation Falls who grace the Fibbers stage to a rammed capacity and begin to rocket skyward with their infectious and captivating stage performance.

Vocalist, Hazel Rodgers exudes confidence and professionalism, all the while knocking out a flawless vocal performance that would stop Evanescence vocalist Amy Lee in her tracks. 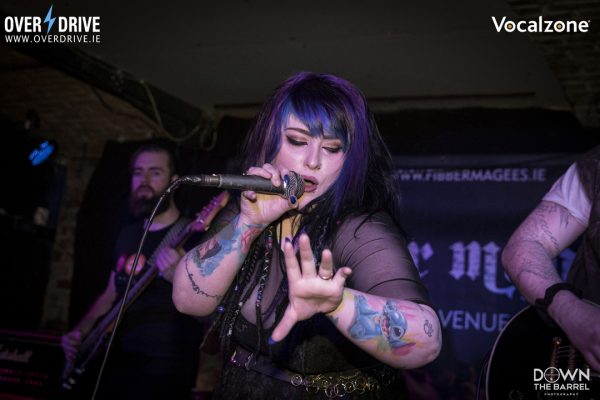 Guitarist’s Chris Young and Darragh Shields deliver a Lizzy style, twin guitar quality to the band that is packed with adrenaline and swagger.

The inclusion of Aliens is a nice touch but the fantastic Souls Burning really showcases the talent in Hazels vocal ability. On a night of heavy metal, they were a breath of fresh air and finished the night off with the crowd letting them know how much they enjoyed their set.

Elevation Falls official album launch will be taking place in Dublin’s Button Factory on Thursday, April 19th. Whatever you do, make sure you get down and experience their sonic explosion for yourself. For more information, please visit this link. 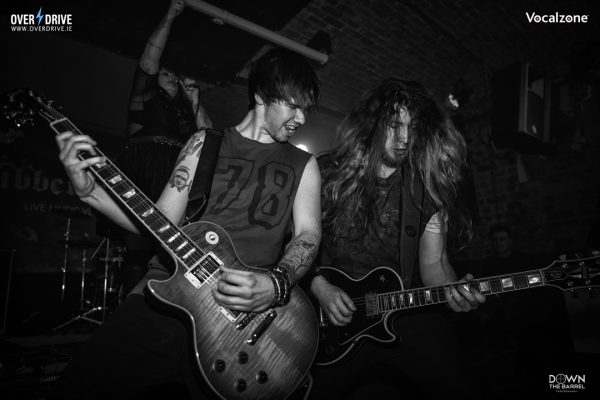 It was never going to be easy and tonight was no exception. The crowd votes resulted in Black Dawn Rising proceeding to the highly coveted Semi-Finals with an extremely difficult decision for the judges, who after much deliberation, announced Marabou as their choice for the final slot for this year’s Metal 2 The Masses Semi-Finals.

The gloves are off. Now we enter the most difficult stages of Ireland’s Metal 2 The Masses campaign and it’s literally each to their own.

Gallery courtesy of Down The Barrel Photography © 2018. 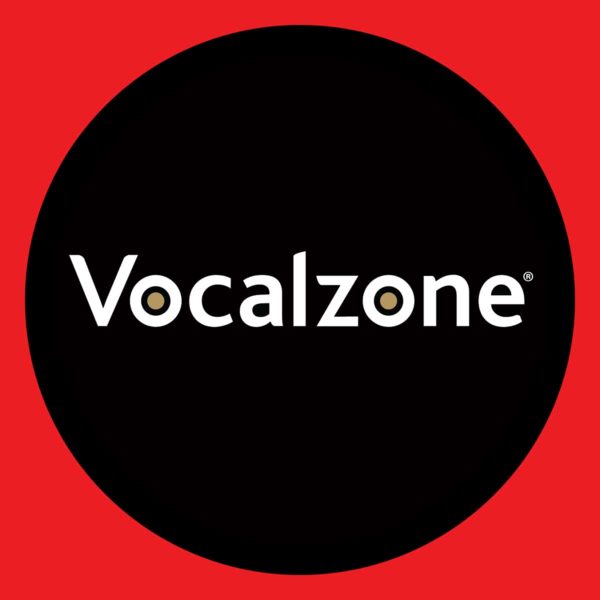