Heat four of 2018 Metal 2 the Masses Ireland takes place tonight with a fresh set of new bands to dazzle the spectators and judges alike. 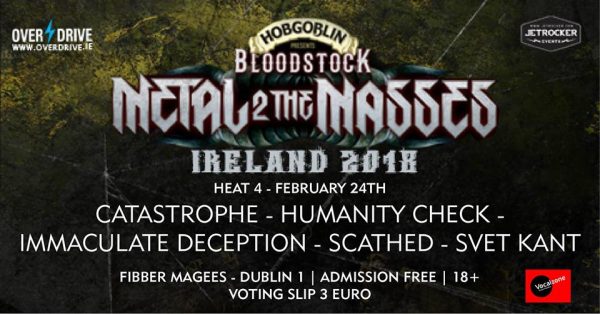 Each band is on the starting line ready to sprint to the final in May, to hopefully be selected as one of the acts for the Hobgoblin Stage at Bloodstock Open Air in August, where Gojira, Judas Priest, Nightwish, Devildriver, Doro and dozens more will play to metal fans from around the globe. Shaun Martin gave the details about the hottest heat of this year so far.

Northeast Ireland metal trio Humanity Check start the ball rolling with a loud and lively set. Vocalist and guitarist Jordan McCormack combines superb guitar ability with loud and heavy vocals focusing the attention squarely on the stage. His brother Alex (on bass), is also wading in the mix, supporting Jordan on backing vocals, all propped up in tandem with drummer Mike Sheehan serving a Swiss-watch organised crash section. 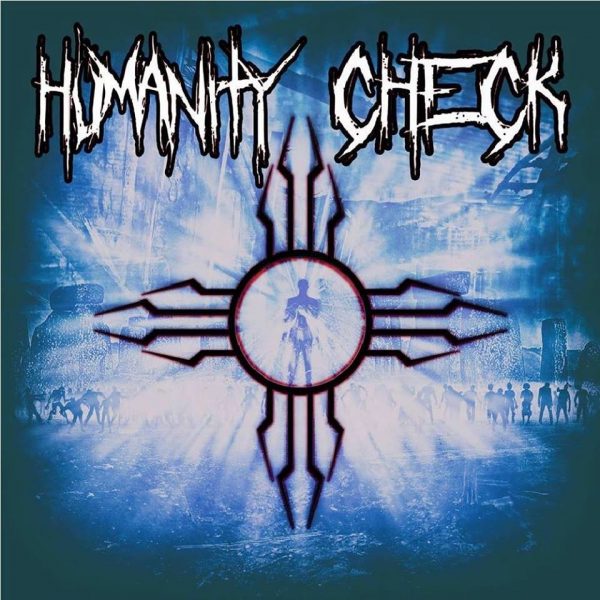 Their 2nd song ‘Made to Suffer’ has a brilliant double-bass backbone and the floor is rattling from the pressure.  Their next offering, ‘Throne of Corpses’, certainly puts the neck to work, with a deeply heavy groove and fantastic guitar work from Jordan. A lot of hardcore leads and rhythm has gone into these songs in their 5-song list tonight and the crowd is well and truly in favour of Humanity Check. It’s only early, and the pace has already been set. This is going to be an exciting night!

Dublin 4-piece Scathed roll up their sleeves and get stuck in to blow us away with a setlist chock full of exciting riffs and catchy metal tunes as they take the second slot tonight. Their song structure is easy to follow and catches the mood just right – everyone here is ready to rock and roll after the blistering set from Humanity Check, and Scathed keep the momentum going with barely a sweat broken. Led by Ainsley Kavanagh on vocals, she draws her insights from Lzzy Hale and Brody Dalle to position herself in the middle of the fight… the look of determination on her face shows that she means business and takes her role seriously, but is having fun doing it.

Scathed © Down The Barrel Photography 2018

With a spirited yet casual approach to her vocals, the power behind them is easy to spot. The guitar section is hooking us up with some seriously dirty riffs that burrow into your head (‘Sacrament’, ‘New Hollow’ and ‘Petrified‘ are all relatively new songs, but they sound well-rehearsed and well-composed). The band is tight and obviously prepared or this gig. Luke Menton on guitar and David Breathnach on bass supply the goods up front, with drummer Ryan Doyle in the background conducting the maelstrom from behind the kit. Scathed are only playing their 3rd gig, but it’s worth paying attention to them because they’re making a lot of noise, and they’re gonna get louder, and we can expect great things as time goes on. 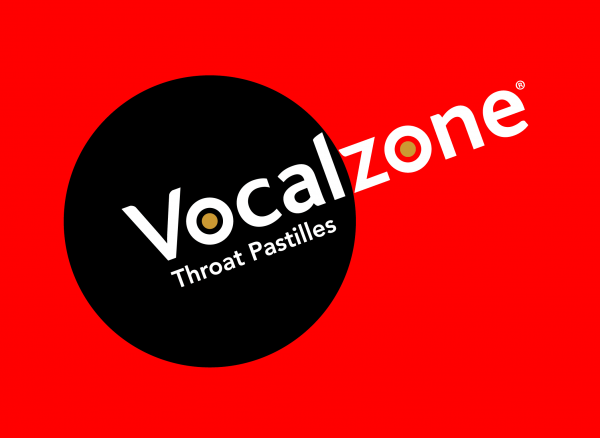 Immaculate Deception rolls into 3rd place, bringing us back to school with their hardcore/punk metal war cries. Think of a fusion of Killing Joke, Discharge and Motorhead, and you’re on the right track. These lads have been around the block since the early 80’s, and after a hiatus that lasted from 1985 to 2014, I’d say quite a few things have been learned in that time. 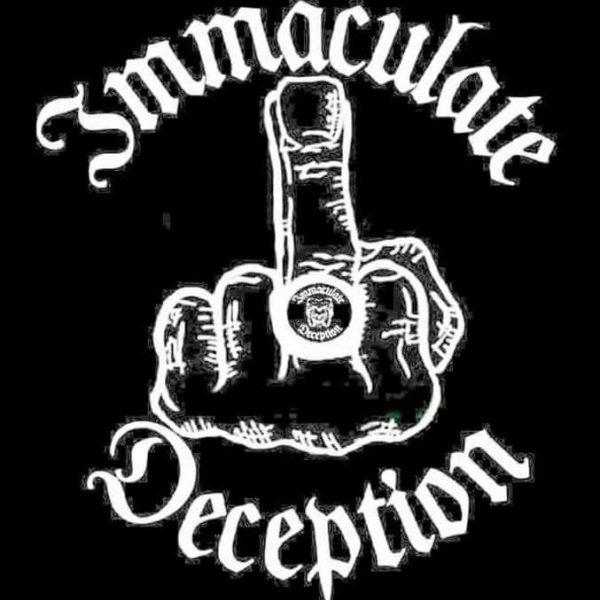 Lead singer Caff is formidably on point, with the backing lineup of Barney on rhythm guitar, Bones on bass and JP on drums. Caff has the moxy to front a much bigger band than this, and indeed each of the members here tonight wouldn’t look out of place on a much bigger stage, such is their physicality and prowess in their performance. Each man is a competent musician, and their main topic of song material suits their delivery and stage persona flawlessly.

Mostly about war, Immaculate Deception covers the horrors of modern warfare and brings them to our collective thoughts – an easy thing to forget about when you’re having fun in a bar on a Saturday night, no doubt. Time has given these absolute gents some hard-hitting and gritty song material, and it’s only right that they should have their time in the spotlight to give us their say. I would have loved to hear more, but 4th place is calling, and the heat is on to top this band’s performance.

Svet Kant are former entrants to M2TM and still have that fiery flair for virtuosity on the guitars, superbly demonstrated by Liam Roy and Santiago Kodela. Both packing 7-string weapons of audio assault, the sounds coming from the stage are worthy of mass attention. Bassist Paul Joseph Cassidy has a smile that you could land a helicopter on (as always), and drummer Daragh Kenny is working overtime trying to keep it all together.

Svet Kant’s trademark tone is experimental metal, with influences like Animals as Leaders, Meshuggah and Dream Theatre to name a few. Their fanbase spreads far and wide, and I’d say there’s a decent chunk of them here tonight at Fibber Magees if the roars of the audience are anything to go by. It’s always a great night’s entertainment to see Svet Kant in action, as they never disappoint, playing shreds of early Opeth with their flair for extravagant and flamboyant metal harmonies. Watching Kodela and Roy work their magic makes me wish I practised harder at guitar when I was younger, and I could watch it all night.

The riffs are breathtakingly complex to see in action, as Cassidy and Kenny team up to keep the random notes in check (this is a huge task, and one that is met head-on by both of them). Svet Kant have always been crowd favourites, but there’s only one spot left to claim victory on tonight’s bill.

Catastrophe ramp up the volume and the violence for the last slot of the night. Gut-wrenching thrash metal from Dublin, these guys are also former M2TM entrants. But these lads are off their noodles completely. Fibber Magees becomes a tornado of flailing limbs and surfing bodies within minutes. It’s like they fed everyone crazy pills and sat back and watched the insanity unfold in front of them – honestly: it’s carnage.

Frontman Jamie Murphy can’t contain the animal inside him when he gets the microphone, and he absolutely let’s rip onstage. Guitarist Adam Treacy holds his own in a section that could do just as well with another guitar (but you really can’t tell the difference here), giving both rhythm and lead channels a thorough cleaning to basically carry a lot of the songs on his shoulders.

The bass section, fronted by Daragh O’Connor, is also alive and kicking… with emphasis on the word ‘kicking’. That’s what our heads are getting trying to keep in time with the furore of hardcore underground thrash metal erupting from the platform. Drummer Connor Middleton looks as though he has 4 arms because all you can see is a flurry of limbs and resounding crashes of cymbals and drums. The entire band reeks of attitude and this has served them well in their songwriting. This will carry them farther and it seems like a rosy future if they play their cards right.

The end of the night arrives and the crowd vote overwhelmingly goes to Catastrophe for their inferno that is still raging (the audience is baying for one more tune, but rules are rules kids!). The judges vote narrowly goes to Immaculate Deception and we resign ourselves to the fact that we wished we could choose more bands to go through to the semi-finals. It’s not easy to pick just one band, but tough decisions have to be made sometimes. 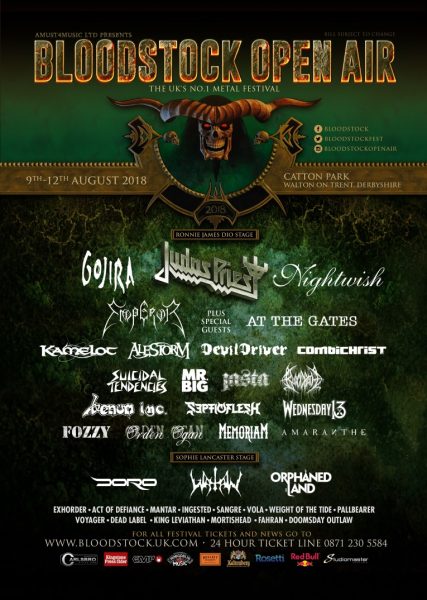