It just keeps getting better and better. Yes, folks, Metal 2 The Masses Ireland 2020 has delivered an astounding level of talent to date and we’re only approaching the halfway mark in this year’s showcases. So, step inside the chaos and drink it all in.. 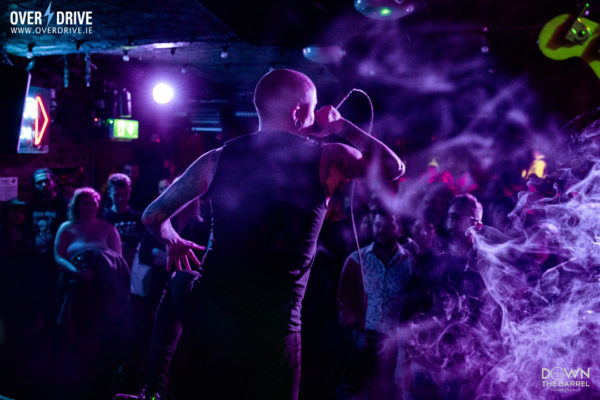 It’s Saturday and our fourth week in a row with Metal 2 The Masses Ireland 2020. This evening’s line up is once again an eclectic mix of genres, giving 100% for their place in the semi-finals this coming April. 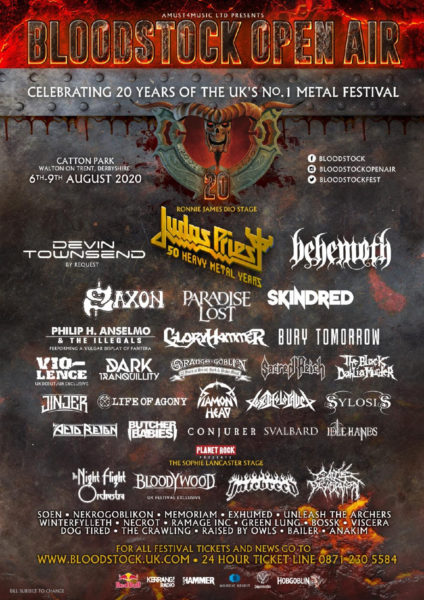 First up tonight is Bray natives Iona Death Cult, who roar up the M2TM engine with their trademark psychedelic progressive sludge and proceed to launch a setlist of low-end crunch into the atmosphere. 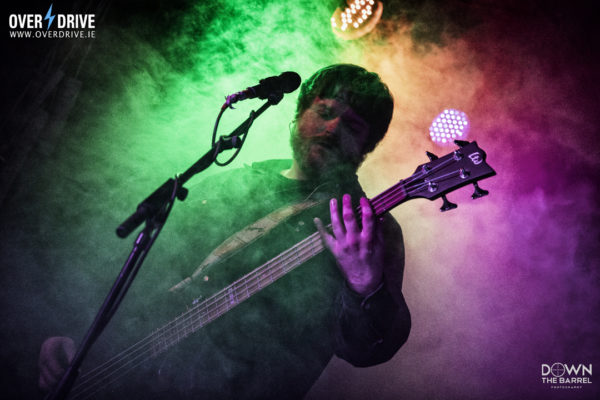 As the venue quickly begins to thicken out with patrons stretching all the way to the back the energy in the room heightens and the crowd are captivated, and rightfully so!

With so many small pockets of underground alternative and heavy music existing across the Republic, Iona Death Cult is just an example of the quality that lurks in the corners of the Irish scene and judging by the reaction they receive tonight, you’re gonna be hearing a lot more from these guys very soon. 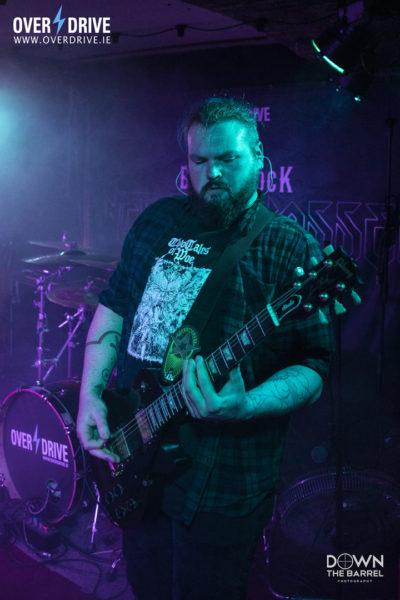 Up next are cross-over Electronic/Progressive aural adventurers Restive Nation who takes the crowd to places that Metal 2 The Masses Ireland has never been before. Multiple vocalists take to the stage over the backdrop of the core band members, Chris Cahill, Ben Thonett, Kevin Liffey and Ciaran Timmy Lynch who smash out a delicate and heavy cocktail of NIN, Massive Attack and Tool flavoured numbers from their limited, but highly regarded discography including a brilliant live version of ‘Marionettist‘ featuring vocalist Neal Bond.

They end the night with a ‘Coma‘ featuring last years winners AeSect vocalist Tony Carbury who vomits out acid-laced vocals, much to the delight of the now stuffed venue capacity.

Last year post-metalcore five-piece A Night in the Snow just missed out from proceeding to the Grand Final, but tonight they are back to take another swing at the prize and from the get-go, they go off like a molotov cocktail. 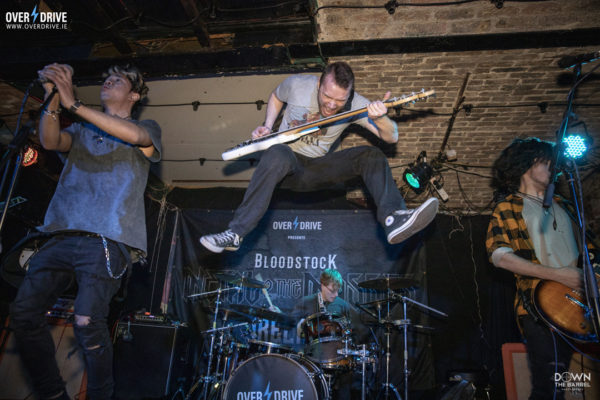 Bassist Ciaran Hilliard stalks the stage (and the floor of the venue) with a look of pure insanity in his eyes, while bandmates Ewan Kun (Vocals), Liam White (Lead Guitar), Andy O’Reilly (Rhythm Guitar) and drummer Jason Fleming lay down track after track of organised chaos during their chaotic 30 min set.

Finishing off with what can only be described as an onstage brawl/dogpile up and an impressive leap over the drum kit by vocalist Ewan Kun, A Night in the Snow have most certainly made an impression. 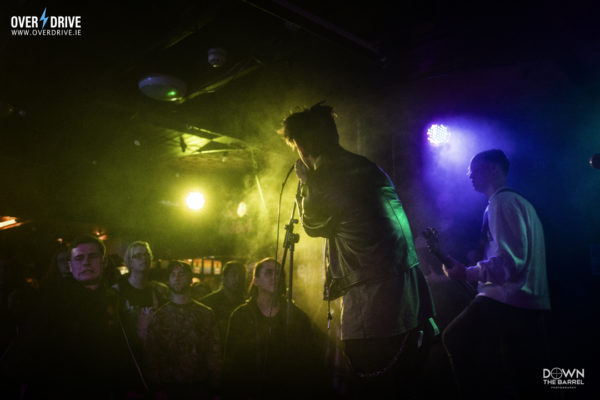 A short break to gather our thoughts which is well-needed at this stage see’s more punters through the door bringing our capacity up to that of each week previous and considering the storms that been battering Ireland for the last two weeks, that’s impressive, to say the least!

Next up is Fabuliste, who jumped into the showcase at very short notice due to Diablo DC having to pull out because of  “bass-player” issues.

Tieing together a mix of genres, Fabuliste proceed to launch their campaign to the now thronged venue, with frontman Dan Golding marching about the stage with buckets of confidence and a glint in his eye. 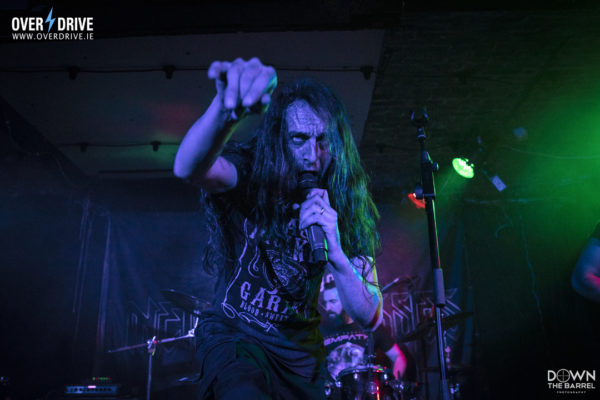 Harvesting a sound that is woven with a mix of stoner, hard rock and progressive, Fabuliste generate an interesting sound and hold the crowd throughout with bangers like “Feed the War Machine” and “The Walls Remain“.  A band that is very much capable of surprising the listener with their unique and at times unpredictable sound. Watch out for them and check them out when you can. 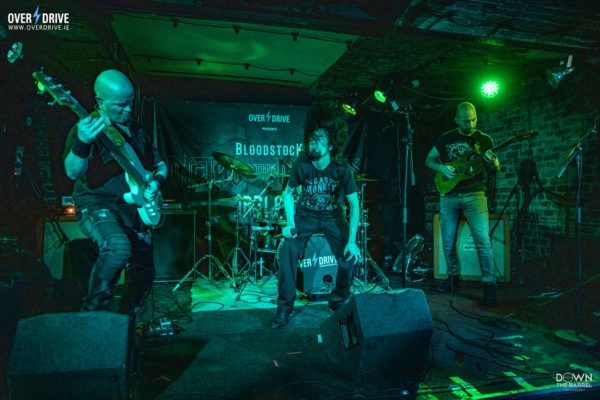 The final onslaught of the night goes to Immaculate Deception. Led by the impressively bearded Declan Caffrey and a new line up from last years M2TM showcase.

Like a rusty nail, forged by elements of Venom, Motorhead and Conflict throw in a snarling mix of brutal Thrash and concrete biting Hardcore, Immaculate Deception just fucking slays the place from the moment the first chord is struck. 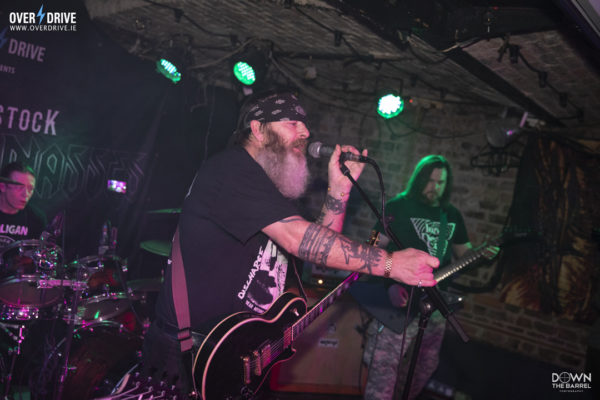 Not a single fuck is given from start to finish and it’s brass-knuckles business all the way. When tracks like ‘Spoils of War‘ come at you like a tsunami and the pint glasses are rattling behind the bar at the back of the venue, you know you’re on to a good thing.

All in all an impressive performance that has even the ladies up the front giving it hard. If you’ve not seen Immaculate Deception, then change that soon. They will destroy you. 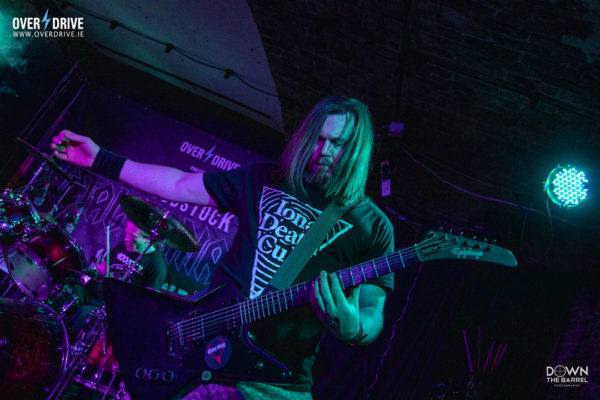 With a raffle to get through first (Ozzy/Judas Priest Tickets for 3Arena) the nights’ results come in as follows:

Judges – A Night in The Snow

The next Metal 2 The Masses Ireland showcase – Heat 5 – will take place in Fibber Magees, Dublin on Saturday, February with performances from Death Can Wait, Ezekiels, Peasant To A King, Spirit Merchant and Vendetta Love. Click here for the official event link. 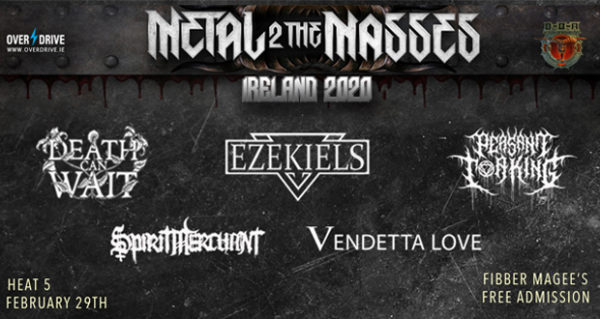 Check out the photo gallery courtesy of Down The Barrel Photography on the link below: