Progressive Metal Londoners Monuments pull into the Irish capital with special guests VOLA, KADINJA and ATLAS. Get the full review below; 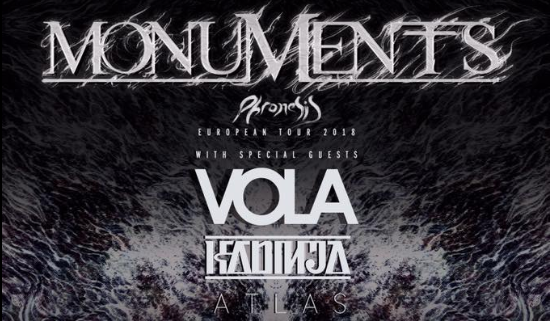 Arriving at the venue in the early evening predicted the crowd being still mellow, as every gig goes. A classic case of the calm before the storm… 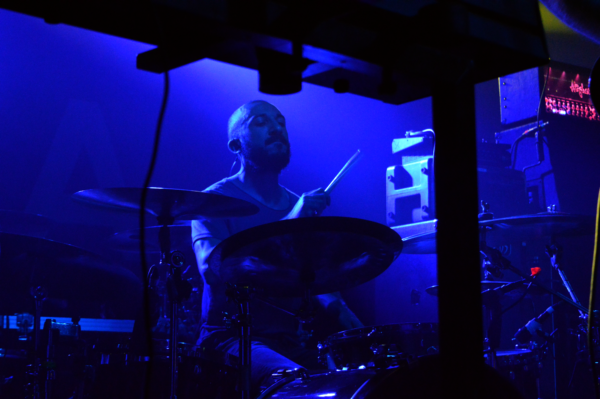 The self-professed “northcore” band Atlas  (fittingly, from Finland) opened the night with brutal breakdowns and harsh vocals. The crowd was at the beginning, like most gigs, reluctant to let go of themselves until vocalist Patrik Nuorteva jumped into the crowd and joined in with a trio of fans. Nuorteva called on some people to the front and embraced one fan in a hug, before jumping back up and continuing with Atlas’s blend of hardcore and djent. 3/5

With Kadinja it wasn’t a case of a crowd coming to check out a random supporting band for the headliner, as the five-piece brought a much more livelier and interactive crowd who seemed to predict and know every single turn each song took. 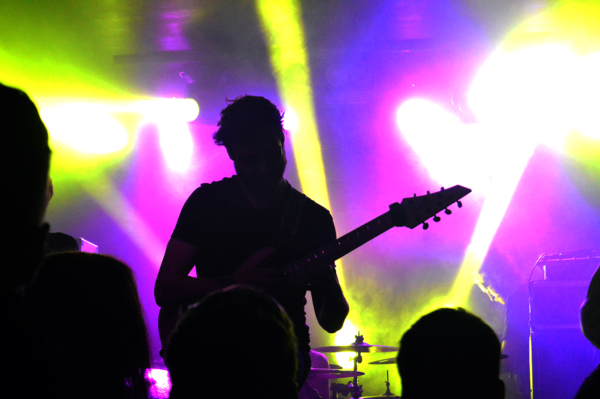 Guitarist Pierre Danel was a very notable highlight of Kadinja’s set – humbly and effortlessly churning out fusion licks and jazz and slide inspired solos alongside some physical quirkiness. For the final song, guitarists Danel and Quentin Godet jumped into the crowd to finish off the set alongside fans in a circle of headbanging. Kadinja have made a mark within the Irish tech scene is appears, after only one album release has brought to the gig some very dedicated fans. 5/5

Going from their personal description of “eclectic, groove-oriented music which draws inspiration ranging from 70’s progressive rock to modern day electronica, industrial and extreme metal” it doesn’t sound like the combination would bring to life something that would have integrity – but VOLA  made it work.

Refreshingly, frontman Asger Mygind doesn’t feel the necessity to depend on harsh vocals to fit into the bill of this tours line-up as the band sticks more to a soothing vocal direction complimented with the atmospheric ambience of keyboardist Martin Werner.

There is an obvious sense of Opeth and Porcupine Tree inspired turns and riffs within songs, paying tribute to the bands likening of classic rock and prog, with heavy riffs brought in to appease and contradict. The room brought a pleasant calmness during the song “Ruby Pool” – unleashing the smoke machine for extra effect. While still tech and heavy, VOLA brought a refreshing break of comfort and calmness to the room.

Kudos must be paid forward to the sound and light techs; as there weren’t noticeable nor minor errors on the night and the work involved gave a crisp sound not far from the bands’ digital recordings themselves. 5/5

Having finally made it across the river from the UK after storms and ferry cancellations put a crux on Monuments reaching Dublin in previous years, frontman Chris Barretto gives a physical sigh of relief to finally be on stage in the Emerald Isle. 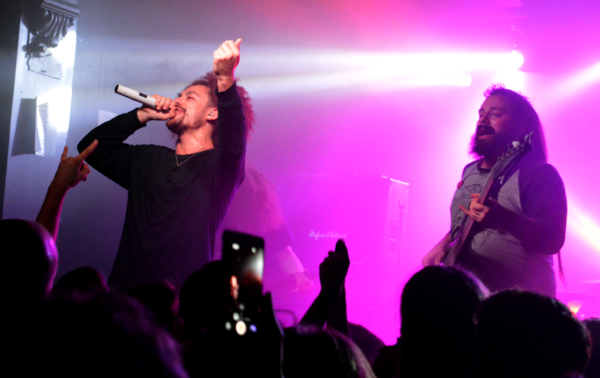 Fittingly, on the night playing is Dublin’s Daniel Lang (Red enemy, The Scratch). It appears fans may have felt the same way with wanting Monuments to return as there is no hesitation in the crowd to immediately encapsulate the feel of opening track “I, The Creator”. As it turns out, the videographer wandering around the stage throughout the night was Ireland’s own Red Enemy guitarist Conor (Dock) Dockery who took place of Monuments‘ guitarist Olly Steele for the band’s second song of the night, while Steele jumped into the crowd and joined along with grooving.

It should be noted that Barretto was incredibly at ease and interactive with the generously large crowd that attended, almost feeling like watching an old friend doing his thing – and it appears the crowd thought the same as banter was thrown between members and fans.

For more interactivity and fun, Barretto invited the crowd to get on the floor and jump on his command, ensuing chaos post-jump. His requests didn’t end there, as more interactions were commanded between a wall-of-death, pulling a fan up on stage and then inviting him to crowd-surf alongside him, which went on within the crowd for the rest of the night.

A quick tongue-in-cheek stage exit left the crowd chanting “Olé!” and the bands name, before Barretto returned and gave a heartfelt speech; “I’ve had some very hard times on this tour, and when it comes to moments like this when everyone seems to give a fuck, it reminds me off of why I do this and why I’m on this stage. It’s hard to stand up here and tell you how I truly feel and it means a lot to me for everyone to be here”. A roar of applause for honesty ensued before Monuments called it a night. 5/5 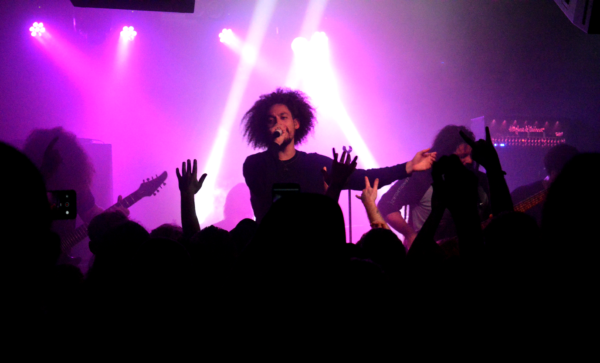