On the back of a very successful US tour supporting their new album “Graveyard Shift”, Motionless in White land in Dublin to give fans (new and old) a show many will love, but I will forget by the end of the week. 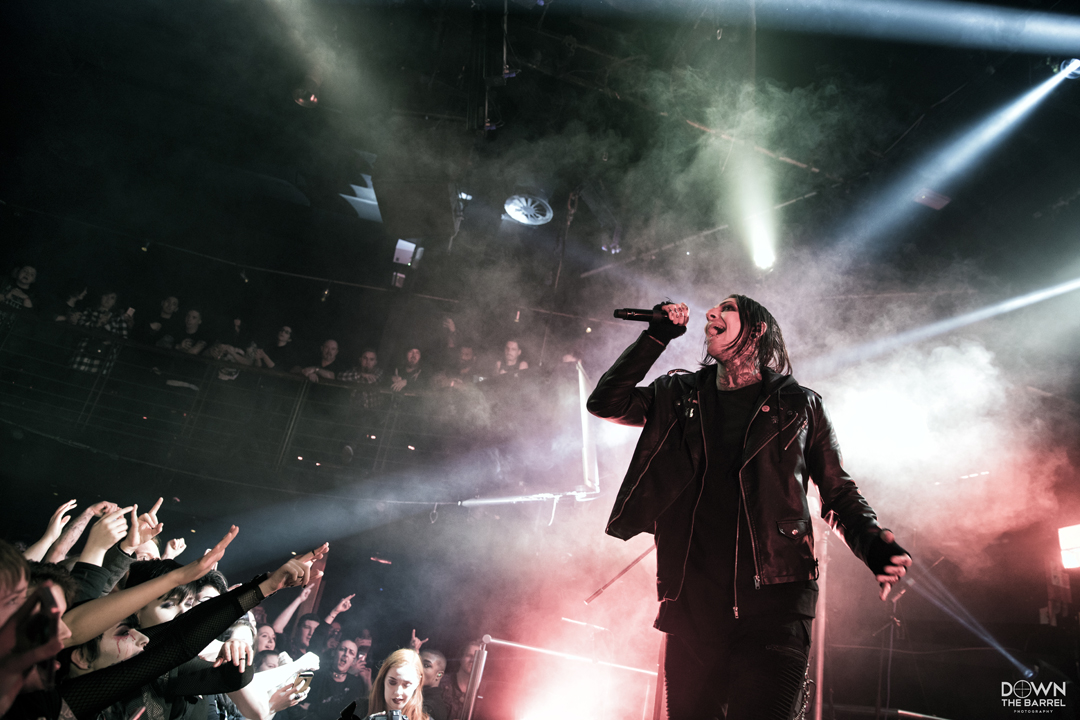 Bringing with them a band new to Ireland, Boston natives Ice Nine Kills. Metalcore seems to be enjoying a certain return to popularity lately and Ice Nine Kills are taking full advantage of this. Mixing hardcore breakdowns with operatic background soundscapes the band brings an energetic and charismatic live show to Dublin. Frontman and band founder Spencer Charnas (pictured below) has an impressive range and shares vocal duties with lead guitar player Justin DeBlieck.

In tandem, the pair put forth pitch-perfect harmonies and play off each other well. The band have a tight rhythm section in bassist Justin Morrow and drummer Conor Sullivan. Impressive fretwork and solid double kicks from the two lay the foundation for what is the basis of Ice Nine Kills sound. Not my style of music per say but you have to acknowledge the skill. 3/5. 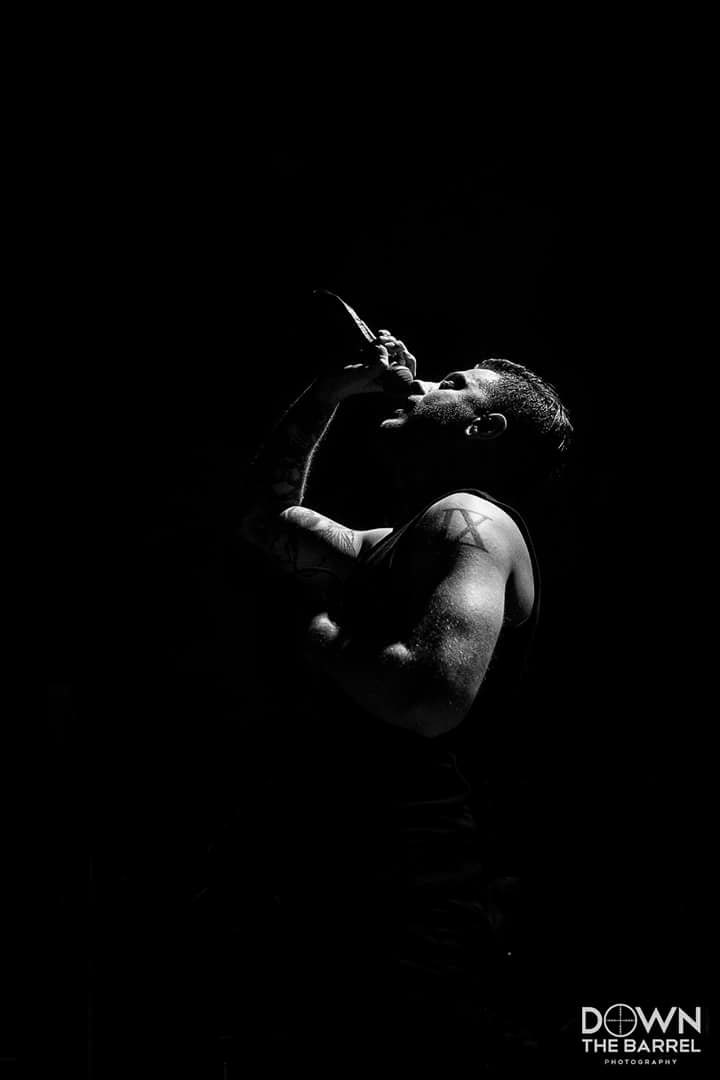 The venue is filling quickly now as the time comes for Motionless in White. The lights dim, the fans scream and the synth intro to “Rats” explodes out of the PA. With their Roadrunner Records debut out for the better part of 2017, the crowd has had plenty of time to absorb the songs and eagerly sings them back to frontman Chris Motionless.

Easy to sing, catchy choruses seem to be Motionless in White’s gimmick as they launch straight into one of their most popular songs, “Reincarnate”. The band themselves are well rehearsed and sounds almost album quality. This has a large part I imagine, due to both guitar players Ryan Sitkowski & Ricky “Horror” Olson along with bass player Devin Sola playing Kemper profilers. 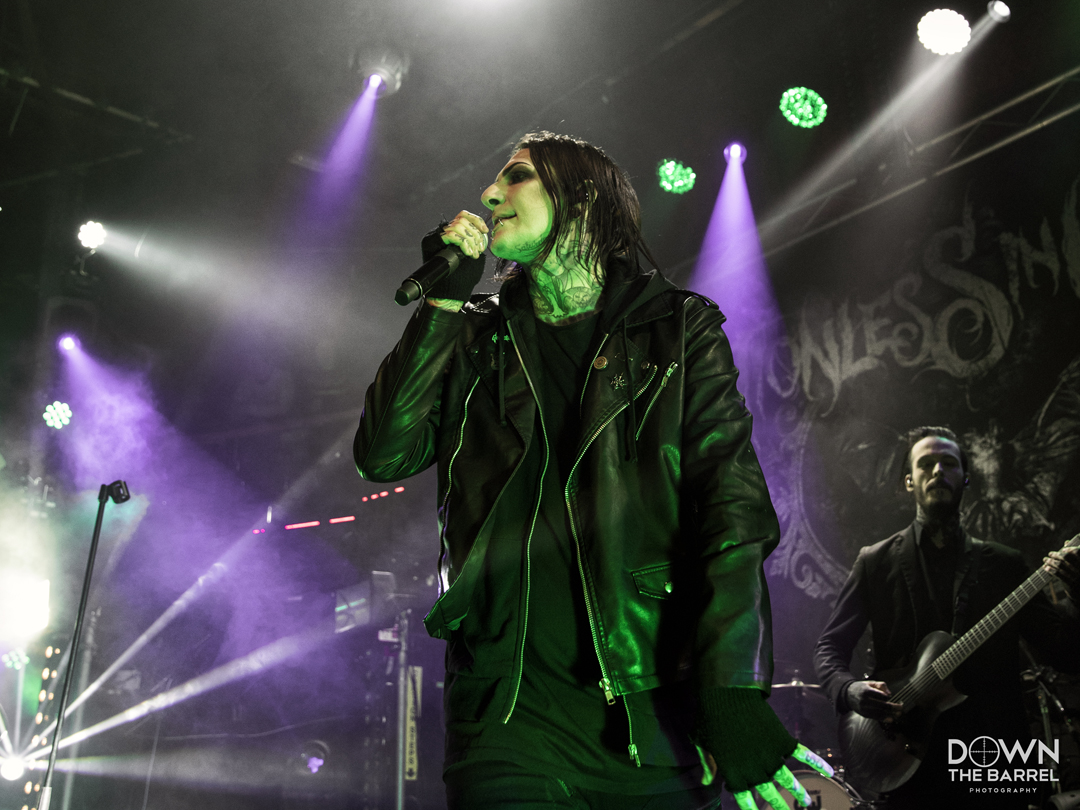 But while the band sounds good they look like they’re going through the motions. Not once did a member of the band playing an instrument smile, scream, put a fist up in the air, point or even acknowledge anyone in the crowd. This is a “frontman band” as my friend put it. I like to see bands get into the music, get into a vibe with the crowd, put on some sort of a show other than walking around and headbanging a little bit.

One of the highlights for me was a surprise cover song. I have to say they did a fantastic version of “Chop Suey!” by System of a Down after which Chris Motionless took a moment to thank the crowd and one thing I will say is the man sounds quite sincere. He cracked jokes about always playing The Academy and how the band are never able to bring their full stage show overseas. 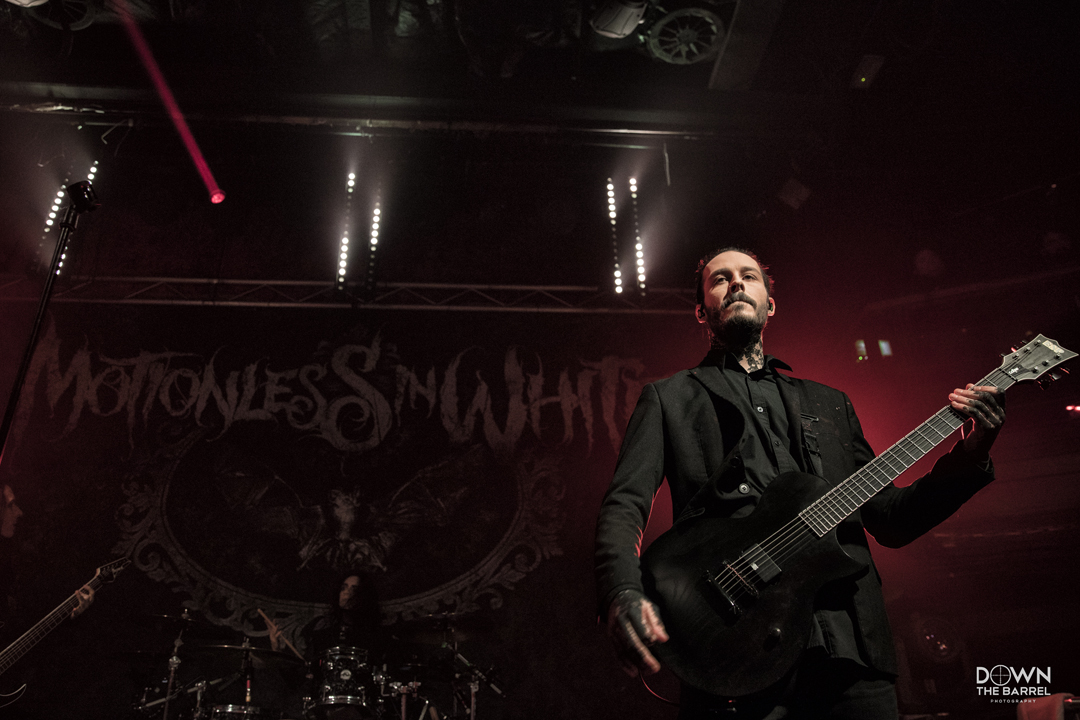 And while the crowd did seem to enjoy themselves I found myself bored. It just seemed very middle of the road. Very safe. Motionless in White have some good songs, that’s undeniable. It’s just a shame they all sound the same. 3/5