The undisputed kings of ‘EMO’ return after a 9-year hiatus with a stripped-back, zero-bullshit performance that stretched over two nights in the capital’s Kilmainham Royal Hospital. Here’s how it all went down… 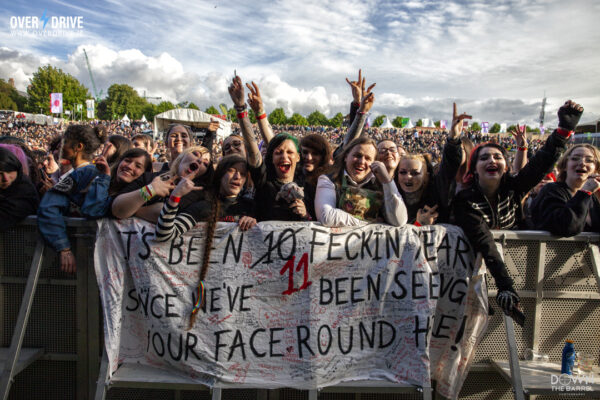 Credit – Down The Barrel Photography for www.overdrive.ie © 2022

What a sight to behold. The long-awaited return of ‘Festival Season’ finally emerged from the Covid haze, with a colorful two-day residency for Gerard Way and Co.

MCR’s return to the stage couldn’t have come at a more appropriate time. Whether you like them or not, the sight of thousands of excited punters losing their shit to musicians that actually play live [rather than excessive use of backing tracks. Looking at you GAYLE], is certainly a sight for sore eyes indeed.

With Starcrawler and Gayle along for the ride, the busy arena soaked up the last of the day’s sunshine with wide-eyed joy, which only added to the already charged atmosphere, leaving a perfectly warmed-up crowd.

Under the late May sunset, all eyes were fixed on the stage, as cascades of dry ice floated skyward accompanied by an increasing distorted humming signaling the beginning of MCR’s second [and final] night in the Irish capital before they continue through the UK and EU.

Serving their latest isolated release [sorry folks, no official news of a new album as of yet], ‘The Foundations of Decay‘ as tonight’s set opener, the arena’s response is dedicated, frantic, and loud. Ecstatic punters from all walks of life, danced, screamed every last word back towards the stage, and celebrated like it was the last live show they would ever see. And that’s just for starters!

With a three-dimensional, post-apocalyptic dystopian-like stage production, the band [looking relaxed and content] got down to business from the get-go with Gerard briefly addressing the throngs of screaming punters between songs, and at one point stating; “this is the most fucking fun this band has had in a long, long time. It’s like a clown village up here“.

A setlist peppered with nostalgia flooded the grounds of Kilmainham, featuring ‘Destroya‘, ‘Thank You For The Venom‘, ‘Bulletproof Heart’, ‘This Is How I Disappear‘, and ‘You Know What They Do To Guys Like Us in Prison‘, which got the crowd well and truly lubricated, before they dropped, ‘Na Na Na…‘, to which hundreds of kids lost their cherries in [what seemed like] their very first pit.

The sudden demise of MCR back in 2013 was as sudden as their return some nine years later, and from what I could see around me, all was forgiven as every word of every song could be heard in unison, causing Gerard [at times] to just let the audience take over as he gazed from the lip of the stage, with a wide grin.

Flawless guitar work from Frank Iero and Ray Toro, saw duel solos throughout the performance over the solid rhythm backdrop, provided by Mikey [bass] and Jarrod Alexander [drums], twinned with the band’s toned-down appearance made for a captivating live show. Throw in bangers such as, ‘Famous Last Words‘, ‘Teenagers‘, ‘Helena‘. ‘Vampire Money‘, and the anthemic, ‘Welcome to the Black Parade‘ and, well…you’ve got yourself one hell of a gig. 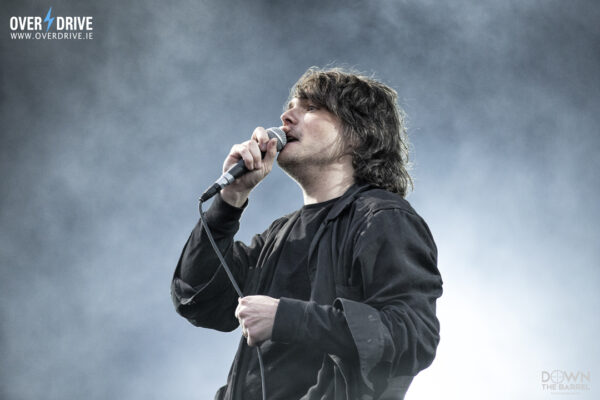 For a band that has been out of the spotlight for the guts of a decade, what I witnessed tonight was a masterclass performance that was drenched with sincere passion, and even though my personal tastes gravitate towards the heavier end of the music spectrum, there is no denying MCR are a class act.

Finishing with a heartfelt speech, to which Gerard randomly plucked obscure funny memories from the band’s past while introducing each member, we were treated to an encore of ‘I’m Not Okay (I Promise)’ and, ‘The Kids From Yesterday‘ which kept the energy tilted to the maximum until the band bid their final farewell. 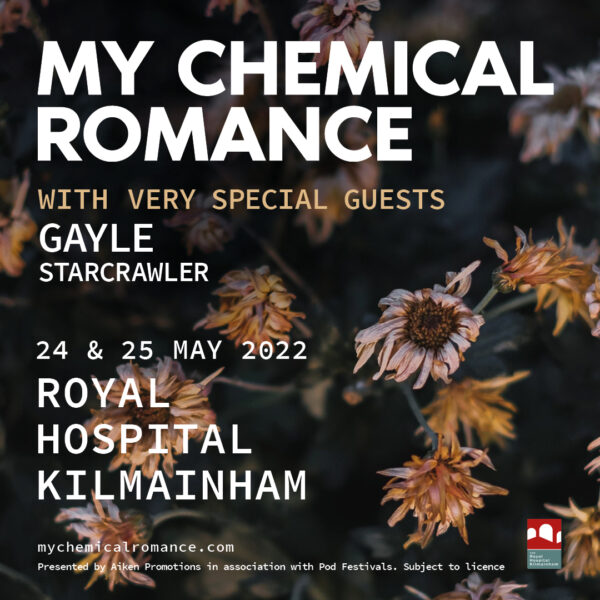 There is no question that MCR are in a good place right now, and as this tour is scheduled to roll on into 2023 with shows in Australia, we’ll all just have to sit tight and see if another album is on the cards.

In the meantime, you could find yourself in worse situations than being surrounded by ecstatic, smiling fans who gave back just as much as MCR dished out. 8/10 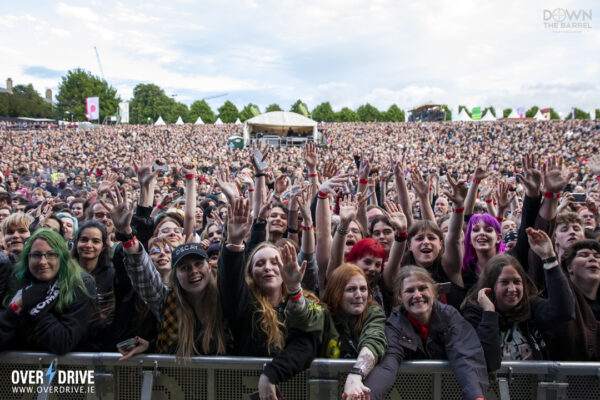 Credit – Down The Barrel Photography for www.overdrive.ie © 2022