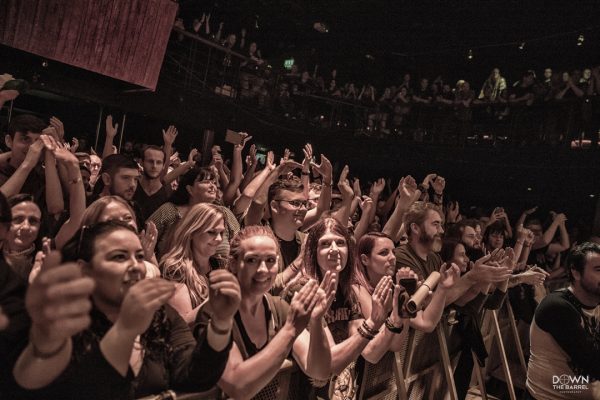 Opening up tonight is Dorian Sorriaux, probably better known to this audience as the guitarist with Blues Pills, but on this occasion, he is playing songs from his recently released solo EP Hungry Ghost, and it fits in really well with the vibe of the night.

The songs have a little bit of a Neil Young feel to them in places, and went over really well, the reaction at the end of the set showed there is a lot of promise in Dorians work. 3.5/5 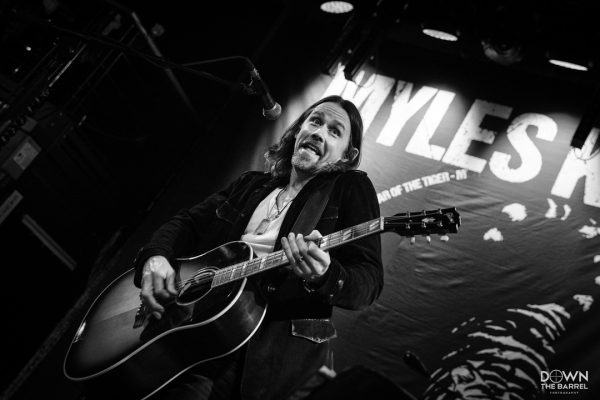 The lead singer of Alter Bridge and Slash feat Myles Kennedy and the Conspirators, playing a solo acoustic show in a sold out Academy, perhaps all I need to say is WOW, it covers the show, great vibe, a crowd really into the set and the different arrangements that can often come with an acoustic show sounded terrific, Myles was ably joined by his current manager and also a talented musician Tim Tournier for a couple of tracks that required an extra guitar. This worked especially well on the set closer and new album title “Year Of The Tiger” which sounded absolutely brilliant. 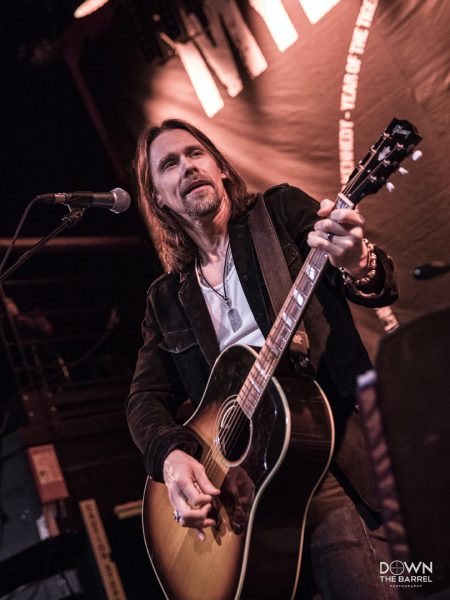 The set is has a great balance for fans of Myles career, just the right amount of songs from the new album, a couple of Alter Bridge songs that don’t get played live and everything in between, with some great choices from both Slash and Alter Bridge albums, then going right back to the Mayfield Four days. But it wasn’t just the music, as a frontman he has that ability to put you at ease during the performance, the stories and jokes went just as far as the brilliant music to help create an amazing atmosphere, even struggling to get started with “Mars Hotel” as a fit of the giggles kicked in.

Stand out in the set for me, was and will probably always be “Watch Over You”, a stunning song that Myles has the ability to use to reach in and touch your heart or twist your guts, brilliant rendition and the crowd absolutely loved it, singing along loudly. But the fact the crowd were singing both Mayfield Four to new album songs is an indication of how highly he is thought of, and how good the music is.

A really special night, something Myles Kennedy is getting used to in Dublin, let’s hope he gets the opportunity to do a show like this again as musicians and audience both seemed to love it, another contender for gig of the year for me. 5/5
Setlist

Devil On The Wall

Standing In The Sun (Slash)

Addicted To The Pain (Alter Bridge)

Watch Over You  (Alter Bridge)

Love Can Only Heal

Year Of The Tiger