‘Infinite Regress’ is the latest release from Coleraine based Brutal Death Metallers, Oncology. The Northern Irish based three piece waste no time in getting to grips with the brutal end of the genre.

Infinite Regress, the title track, does a great job of setting the tone of the album. The track builds gradually, a quality which serves to breathe oxygen to the fiery spark of anticipation. The introduction has a slightly unsettling and disorientating feel to it, which is not unappealing.

This is a really strong album vocally. Beheading the Prophets – track 2-opens with a prolonged, guttural growl the ferocity of which most death metal fans will really appreciate. The abrupt screeches from the guitar melt well with the vocals creating this ominous, apocalyptic vibe. Denounced to the Excretion of Posterity is also another track to commit your attention to in respect of vocals.

The album concludes dramatically with The Desolation of Hope, delivering the final blow of brutality.

Infinite Regress is undeniable heavy and relentless in its aggression which is often the most celebrated traits of Death Metal. However, while it is aggressive it comes off slightly blunt or monotonous at certain points – I was a bit fatigued after a few spins. While there are definitely some gems throughout the album, there is not a lot of distinction between the tracks and it is not the most accessible. The positives outweigh the negatives, so I would definitely recommend giving the album a chance and making your own mind up. 3/5 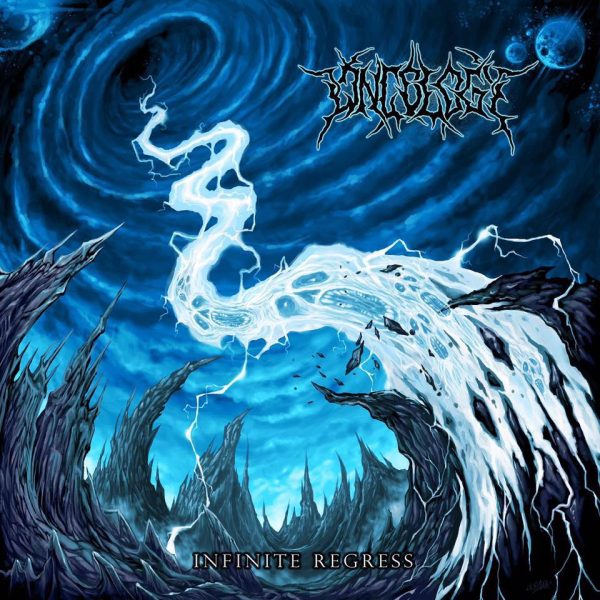 Infinite Regress
Beheading the Prophets
To Summon Pyriel
Dethronement of a Fallen Deity
Prelude to Oblivion
Ascension of the Parasite
Denounced to the Excretion of Posterity
The Desolation of Hope.

For more information on Oncology, visit this link here.