It’s been just under three years since Paradise Lost last played in Dublin and the Overdrive team assembled to check out what the Masters of Misery would unleash on the Tivoli Theatre last Wednesday evening. 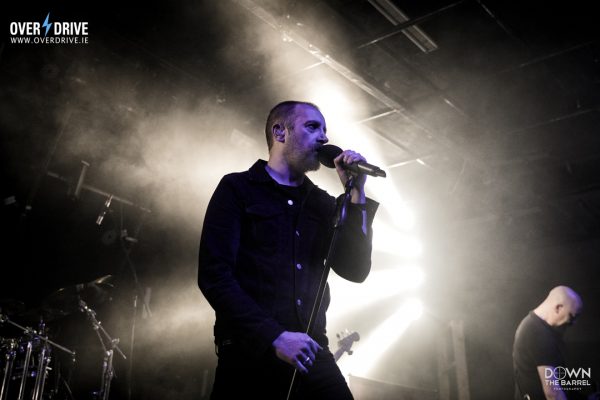 Opening the evening is Belfast’s trio of doom-laden dissonance, Owlcrusher. With drummer Damien McKeown up front and centre and cascaded in light, they begin with a dirgeful barrage that is simple, yet ultimately satisfying for the reasonably sized early crowd. Aggressive, mournful and funereal, these guys won’t appeal to everyone but their inclusion on the bill makes perfect sense. 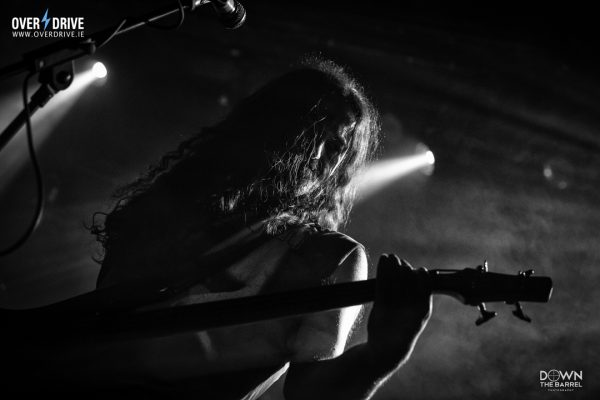 The star of the show is McKeown who is annihilating the kick-drum so hard, that between songs he has to get up to readjust the whole kit. Timing on doom metal is everything and Owlcrusher build momentum in their songs to a nice walking pace before pouring aural concrete all over the venue and keeping us from feeling too happy. Very promising (3/5)

The Main support act tonight is Sweden’s Outshine. A new band to this reviewer and they really grasped the attention from the offset.  Leather clad singer Tony Jelencovich, is top notch with a mixture of clean and rough styles. Their style is very akin to the headliners, but with that “Gothenburg” feel. It’s melodic doom with a hint of death. Guitarist Jimmy Norberg is the animated band member who throws more shapes than a toddler with building blocks. 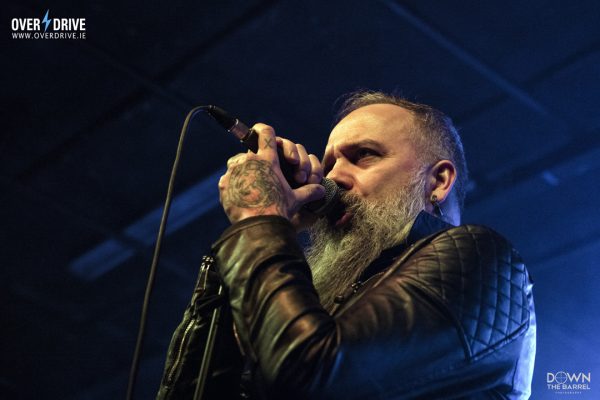 Their songs are well crafted, not overcooked and delivered with passion and belief. Tony lets us know that the new album ‘1313’ is on sale at the merch and treat us to ‘Liar’. The crowd seems to be on Outshine’s side with the main floor space well populated and loud appreciation being voiced after each song. Really enjoyable set from a band that people need to check out. (3/5)

Paradise Lost have played almost every venue in Dublin over the last 25 odd years. From the Tivoli via the SFX, TBMC, Whelan’s, Vicar St. and the Academy, everything has come full circle as they return to the scene of the Icon Tour. A band that has evolved from their early sound, they took risks with a “we do whatever the fuck we want” attitude over the years and returned to heavier territory while always maintaining their inherent ability to write spectacular songs. An opening salvo of ‘From The Gallows’, ‘Tragic Idol’ and ‘One Second’ leave none in doubt that this is going to be an evening to remember. 2017’s Medusa is a belter of an album and 5 songs are included over the evening. The title track and ‘Blood and Sand’ are two of the musical highlights and the nice inclusion of ‘Erased’ makes for a welcome surprise. 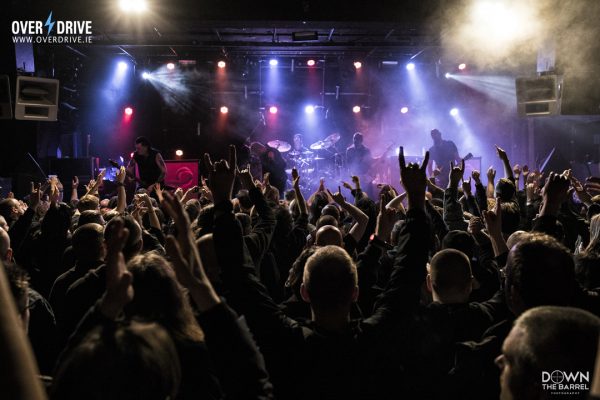 Nick Holmes is in great form, albeit with his sardonic charm. There are some funny moments when Nick has to tell a heckler “we already played it” after he requested ‘As I Die’. Speaking of which, throwing in ‘As I Die’ and ‘True Belief’ keep the hordes happy.  How a band with so much material, can select what songs to play, I have no idea. Sometimes at a show, it can be something off stage that makes for that special memory. When the opening piano of ‘Enchantment’ trickles out over the crowd, I spot one fella air-pianoing on his friends bald head. Hilarious. 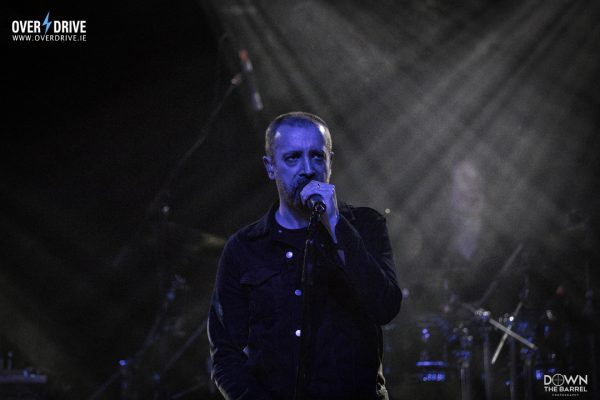 Aaron Aedy, as always, is a whirlwind of energy and Gregor Mackintosh’s lead melodies soar and embrace Holmes’ deathly offerings. The crowd get in on the action with a slow-motion mosh pit on Holmes’ request although he is laughing his heart out as he compares it to Russian dancing. 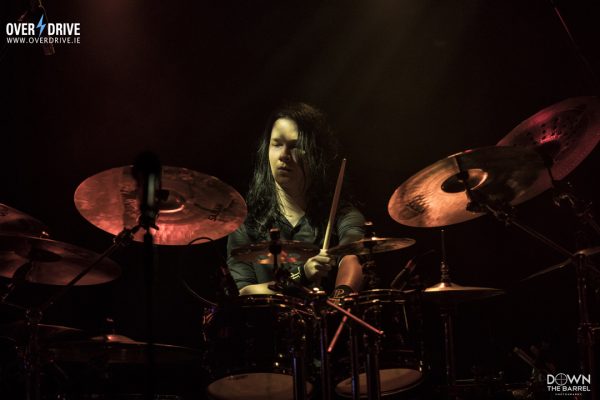 Paradise Lost close with an encore of ‘No Hope In Sight’, ‘The Longest Winter’ and a crowd-pleasing ‘The Last Time’. They leave the stage with the crowd in full voice. As expected, this was a night to remember and Dublin definitely delighted in the morbid melancholy. (4/5)

All photography – © Down the Barrel Photography 2018