BMG presents a formidable box set documenting the second wave of Brazilian titans, Sepultura’s vast career. Join us as we deep-dive into this historical treasure trove of brutality. 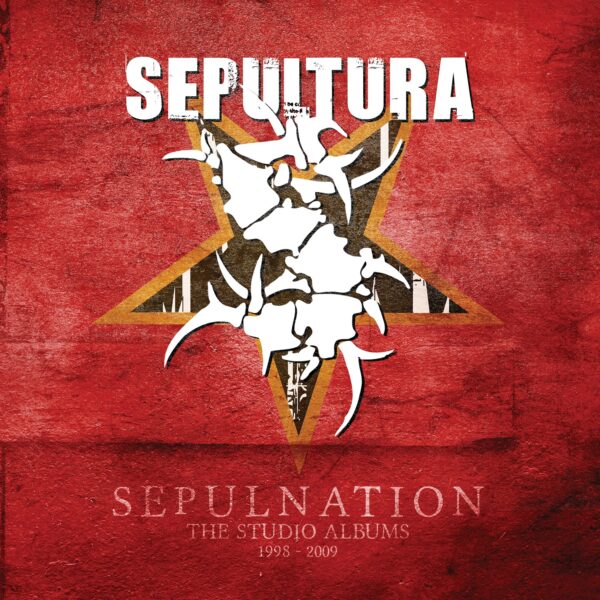 The criminally underrated second wave of Sepultura’s rich discography finally gets wined and dined with this crushing collection of studio albums, remastered on 180g for the first time in over a decade.

Before I continue, it must be noted that the band’s transition from the original “classic” line-up, with founding member/frontman Max Cavalera, to current vocalist Derrick Green, has been 24-years and counting. If you do the math on that you’ll know that Green has been fronting the band for over a decade and a half longer than Cavalera’s involvement.

“Why am I bringing this up?” I hear you ask yourself. Believe it or not, there are still nostalgia-grabbing elitists out there that refuse to let this matter lay to rest! It’s time to let it go and I can’t think of a better way in doing so with this boxset.

Having witnessed the less-than-encouraging arguments regarding Green’s induction into the band, firsthand back in the late ’90s, I always felt that the bitching and complaining from these elitists distracted the overall public from the actual quality of the bands’ albums during this period. 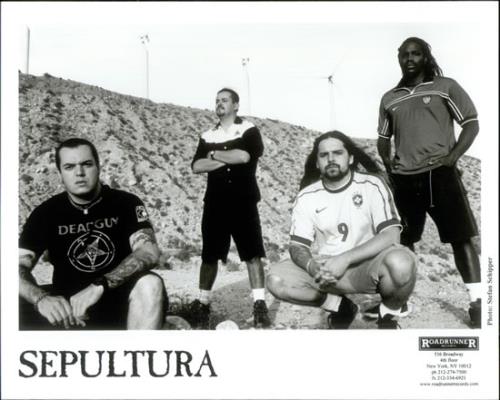 With that being said, what you’ll find in this cracking box set is exactly as stated: ‘The Studio Albums 1998 – 2009‘, and boy-oh-boy, when that stylus hits the opening moments of ‘Against‘ and Igor Cavalera’s drum roll explodes into life, that golden-era nostalgia begins to take hold and doesn’t stop.

Each album is carefully re-mastered and cut on half-speed 180g black vinyl, resulting in a  fucking monstrous sound. I dug out my old copy of ‘Against‘ to compare sound quality, and can confidently say that this re-mastered version presented brighter/warmer nuances with remarkable crystal clear dynamics, that will, no doubt, keep audiophiles grinning from ear to ear. It must be said that the original inner sleeves have been recreated to spec, which is a huge bonus, in my opinion.

With each slab of glorious vinyl documenting the bands’ legacy over this eleven-year period, you’ll find a litany of bangers from ‘Choke‘ [Against] ‘Sepulnation‘ [Nation], ‘Border Wars‘ [Nation], ‘Come Back Alive‘ [Roorback] to ‘Convicted in Life‘, ‘Nuclear Seven‘ [Dante XXI], ‘The Treatment‘ [A-Lex]…the list goes on. 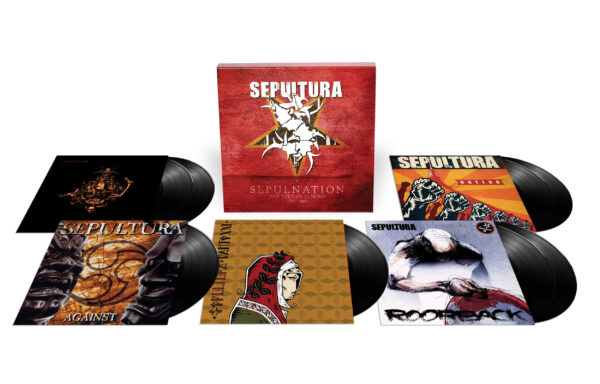 As well as the five albums [spread across eight 180g vinyl discs or five CDs] ‘Roorback‘ features their ‘Revolusongs‘ EP. A rare collection of songs that were only released in Japan and Brazil back in 2003 apart from, ‘Bullet in the Blue Sky‘ [U2 cover], which originally featured on the album, as well as covers of ‘Messiah‘ [Mayhem], ‘Mogoloid‘ [Devo], ‘Mountain Song‘ [Janes Addiction], ‘Piranah‘ [Exodus], so, for that alone, they can have my money.

Regardless if you were old enough to properly enjoy these albums when they were originally released, there is absolutely no dispute that ‘Sepulnation – The Studio Albums 1998-2009‘ is an impressive body of work, that documents the beginning of the bands’ second phase. Completists can scramble the virtual halls of eBay or Discogs to track down copies of the originals, but my advice is to consider this hefty re-mastered boxset, as there is a noticeable difference with the half-speed cut, and also, let’s face it… BMG just doesn’t do bad boxsets.

My only grip [and it’s not really that important] is that some colour variants on the vinyl would have been nice, but at the end of the day, it’s all about the music, so no love lost here. Overall this is a sensational boxset that is bursting with quality from root to branch. 9/10

Check out the unboxing video below: