REVIEW – SLIPKNOT ‘THE END, SO FAR’


Arguably one of the biggest purveyors of heavy music in the world today, Slipknot returns with album number seven. 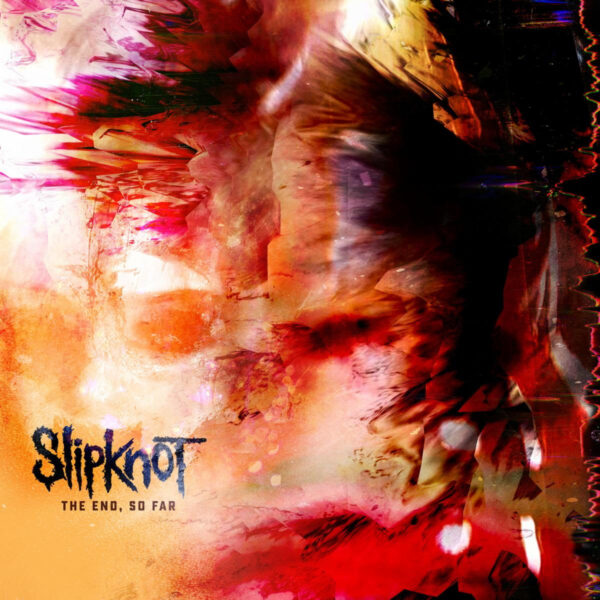 Iowa’s most popular musical export created a brooding new album that was harvested during the pandemic, and not only is it a big step forward with reference to the evolution of the band, but it shows a considerable amount of growth amongst its members.

From the moment they burst out of their local Iowa scene into the hearts and minds of Heavy Metal’s global audience back in 1999, Slipknot has always commanded a striking power that coincides with their iconic and unsettling swagger that other bands simply struggle to find.

From their visible force to the crushing impact of their music, they very rarely disappoint, and as we open up the lid on their seventh studio album, there are a few surprises, as well as some staple Slipknot moments that, in essence, prove that, yet again, the reason why they are so successful.

As I brace myself for an asteroid explosion intro, however, the complete opposite unfolded with the opening track, ‘Adderall‘ which blossoms with Taylor’s clean vocals and a slow, but steady beat that drives to a harmonic chorus with swelling, and impressive, bass lines from V-Man. A very different and brave intro indeed, for anyone that is familiar with their rich discography.

If ever there was a statement to show that this album is NOT about how heavy Slipknot can be, but more how they can pen interesting and captivating songs, then ‘Adderall‘ is it.

As ‘The Dying Song [Time to Sing]‘ pulls things back into familiar aural territory, the connection of their previous, opus, ‘We Are Not Your Kind‘ is very apparent. Almost like a continuation of said album, all the elements are in place and firing on all cylinders.

Previously released singles, ‘The Chapeltown Rag‘ and ‘Yen‘ follow suit, building a monolithic sonic infrastructure that you’ll predictably find between the book ends of their previous albums, so no complaints yet.

One of the album’s shining moments, ‘Hivemind‘, adds to the succulent center, thanks to the brutal concoction of elements that make Slipknot a truly unique band. Their use of primal brutality melting into soaring melodic choruses continues with ‘Warranty‘, barely giving the listener a moment to comprehend the shift of mood swings and tempos that cascade from Jay Wineberg’s octopus-style drumming performance, and Cory Taylor’s furious aggression, as he screams; ‘Isn’t’ this what you came here for‘ – brilliant stuff indeed.

The eerie intro to ‘Medicine For the Dead‘ twists and turns with key changes and is one of their most unpredictable compositions to date and a tip of the hat to Vol.3, but with a much more sophisticated level of songwriting. A perfect appetiser to ‘Acidic‘ which, once again, is loaded with sinister darkness that’s overlayed with the band’s unique way of weaving melody through tri-tone shadows.

Of the backend of the album, the pace slows down somewhat [‘Heirloom‘, ‘De Sade‘ and the aptly-titled twelfth track, ‘Finale‘], but let it be said, there’s an absolute face-ripper in there by the name of ‘H377‘ and if you don’t end up smashing the furniture in your house, then consider yourself to have solid will power because it’s a beast.

All-in-all, ‘The End, So Far‘ is the sound of a band evolving, while considering their future and with so many bands’ making mistakes during this type of transitional period, Slipknot maintains a strong, resilient presence that will no doubt please the most critical of maggots.3.5/5

The official Irish launch of the album will be taking place in Dublin’s Grand Social venue on Thursday, September 29th from 8 pm with the album playback beginning at 9 pm sharp!

Fans can be the first to hear the album, purchase some very limited colored vinyl variants of the album and also be in with a chance of winning some very exclusive signed items on the night. 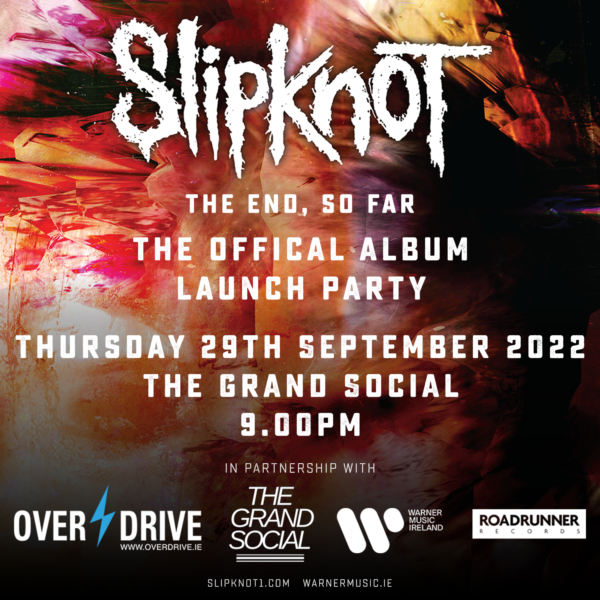 The official link to the event can be found here. 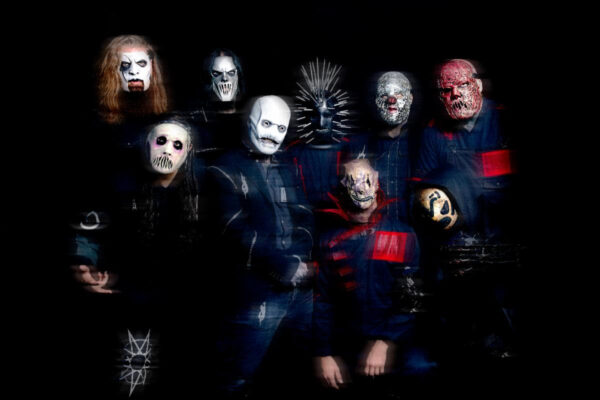