Time is running out! Click here for Bloodstock Festival tickets.

It’s not every day that such a highly-respected collection of world-class musicians take to the stage in your local venue to pull off a hard-rock masterclass. Overdrive was front and centre for the Irish debut performance from the spellbinding Sons of Apollo. 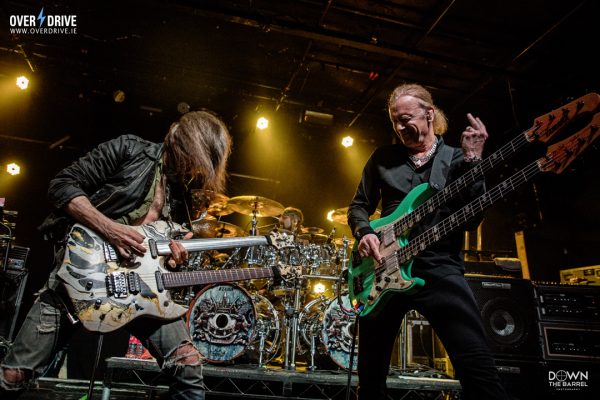 I’ve never liked the term ‘supergroup’. There is something slightly obnoxious about it, not to mention its frequent use by the media for just about any collection of musicians who happen to bump into each other in their local coffee house or supermarket.

A mixed bag of punters cram into the Tivoli Theatre on a blistering hot July evening, eagerly awaiting the arrival of tonight’s superstars and by 9 pm, and with little fanfare, Thal, Portnoy, Sherinian and Sheehan casually take to the stage followed by the man with the golden pipes, Mr Soto and proceed to throw down a mesmerizing performance lasting two hours. 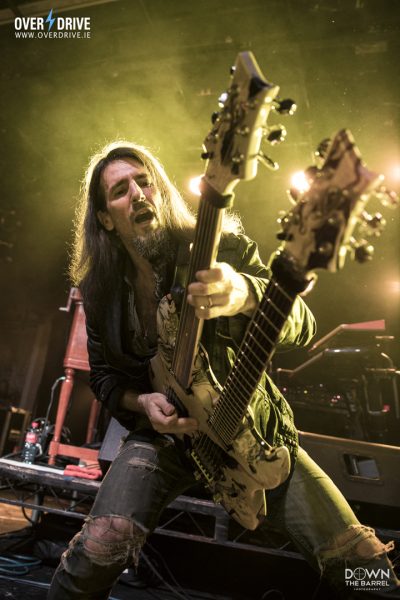 Opening with ‘God of Thunder‘ from their remarkable ‘Psychotic Symphony‘ debut, it’s kind of hard to know where to look with so much awesome standing before you. Sheehan is planting bass lines on his Yamaha custom double neck bass that root deep into the foundation of each track with Portnoy effortlessly hammering his kit which resembles somewhat of a bitchin’ chrome fort.

Throughout tonights set we are treated to some rare nuggets such as Dream Theatre cover, ‘Just Let Me Breath‘ and a very special rendition of Queen’s ‘The Prophets Song‘ and ‘Save Me‘ which Soto dedicated to ‘their good friend Vinnie Paul (Pantera, Damage Plan, Hell Yeah) who tragically passed away recently. 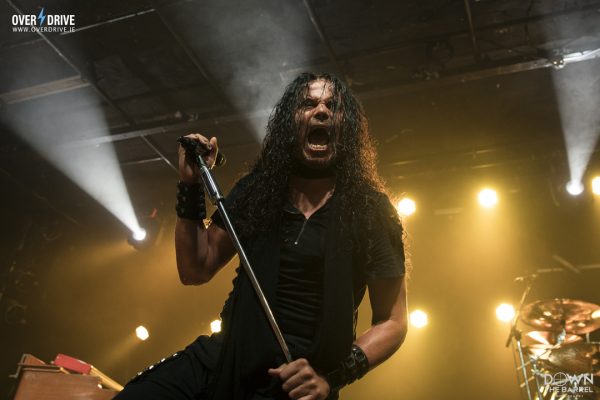 Bumblefoot’s double neck Vigier (impressive in its own right) is abused in the most glorious way, as his fingers dance from fretless to fretted during sonic slabs of brilliance such as ‘Lost in Oblivion‘, ‘Opus Maximus‘ and ‘Figaro’s Whore‘.

What’s apparent from tonight’s performance is the tight bond between Sons of Apollo. Not only close in friendship but cerebrally synched to a heightened level of musicianship that you would struggle to find with any other collection of artists.

Case in point is the bizarre, yet compelling rendition of ‘The Pink Panther Theme‘ which showcases the boundless talent each member has for their craft. Eyes closed, mouths open and craniums angled to the heavens, both audience and band unite for a sonic journey that is woven with complex and innovative arrangements that captivate as much as they entertain. Sheehan’s bass solo alone was something that I’ll not be forgetting anytime soon. 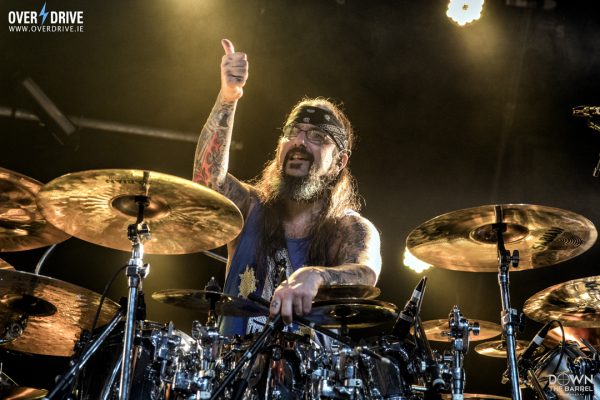 With the spotlight shared evenly amongst the band, we are treated to the individual flavour of each artist, from the haunting, thunderous keyboard solo from Sherinian to Thal and Portnoy, not forgetting Soto’s comical vocal solo, to which the audience was pitch perfect, the Son’s pulled off a passionate performance that will no doubt be remembered for many years to come.

Before the encore gets’s started, Soto gets lost and finds himself in the audience, sinking a pint of Murphy’s stout during a blistering cover of Van Halen’s “And the Cradle Will Rock…” and eventually making it back on stage to wind up the performance with ‘Coming Home‘ to deafening roars.

As I said, it’s not every day that something like this rolls into your local venue, but if it does, don’t hesitate for a second and get yourself a ticket. Sons of Apollo are a unique hybrid of rock royalty, who are unassuming, passionate and dedicated to the concept of playing music live in it’s truest form. 4.5/5

Photos – Down The Barrel Photography, exclusively for www.overdrive.ie © 2018