Tuesday and Wednesday this week saw two shows from Steel Panther in the Irish capital, celebrating the launch of their Sunset Strip European tour. 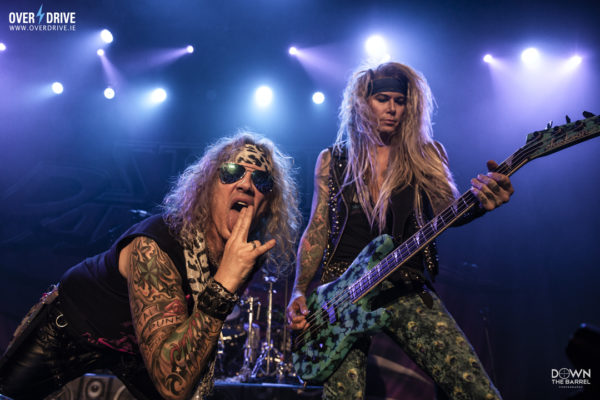 Wednesday night’s show at Vicar Street was a total sell out and Overdrive was there to witness the debauchery. 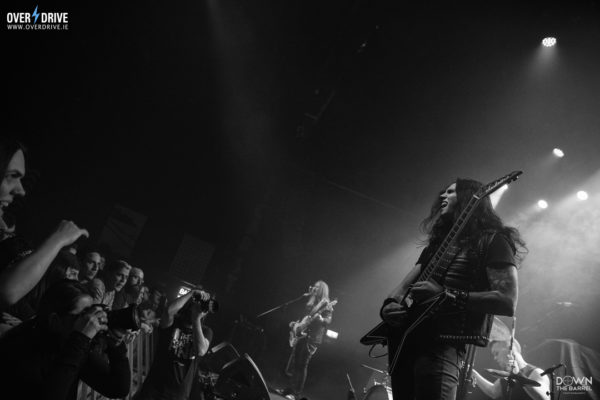 The inclusion of a cover of Thin Lizzy’s Cold Sweat was always going to win favour in Dublin and was a special treat for the Wednesday night crowd, as it didn’t feature in his set on Tuesday.

His performance finished with a great singalong of I am the Fire.  Technically, Gus G is always on top of his game and his fret-wizardry is up there with the best, but honestly, this felt a little flat when compared to performances with Firewind. That being said the audience was vocally supportive and Gus and his band was well received and looked genuinely happy with the response. 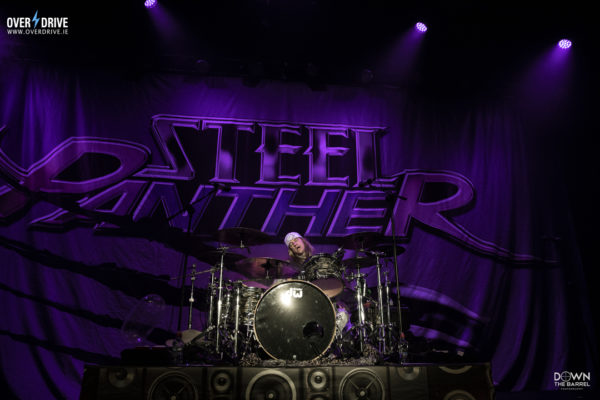 A Steel Panther show is more than a rock show.  It’s part that, but it’s also part comedy show, part cabaret. Every move, every line is rehearsed but it’s so well practised it looks like improv.

From Satchel and Lexxi’s coordinated dance moves, to Stix catching Michael’s hat on the end of a drumstick, from Lexxi stopping to coat his wig in copious amounts of hairspray and check his lipgloss, to Satchel pulling Lexxi’s microphone away from him as he goes to sing, and Michael making out his microphone has stopped working in the middle of a story, there is tons of comedy moments liberally spread out throughout the show and it’s bound to get you grinning from ear to ear.

There’s chat and stories and adult-only interplay with the crowd but at the apex of all this is one undeniable fact: Steel Panther’s music, while derivative and stuck in another decade is ridiculously entertaining. There aren’t many metal gigs where the crowd has grins plastered across their faces throughout the whole show, but last night that was exactly what happened. 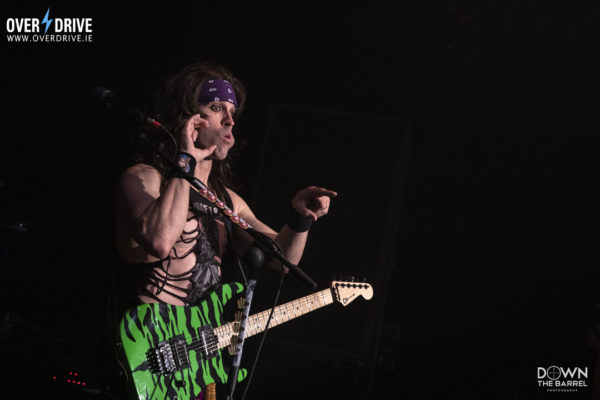 A cover of Motley Crue’s Shout at the Devil followed, and then things started to get properly Panther with Asian Hooker and Poontang Boomerang. Massive kudos to Michael Starr, who according to Satchel “at 73 years of age is still able to give it his all and sing live 30% of the time.” 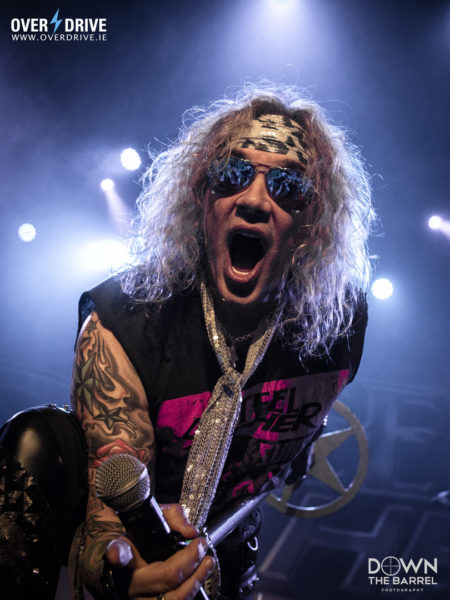 He definitely didn’t sing live all the time, but it’s so damn entertaining you don’t even care. The second Crue cover of the night followed with Kickstart my Heart, then it was Satchel’s turn for his guitar solo.

He was doing great with his version of Ozzy’s Crazy Train when suddenly Stix and Lexxi returned to the stage and Ozzy Osbourne himself was led onto the stage by the arm by a long-suffering roadie.

Not Ozzy at all of course, but Michael Starr, whose quick outfit change and hair plastered down turned him into a pretty good doppelganger.

His impression of Ozzy’s stage persona and vocals was spot on, and to be honest, by the end of it, I was helpless with laughter along with everyone else in the crowd.

As the show moved into its second half the madness didn’t stop, with a raucous version of Party All Day (Fuck all Night) the band demanded all the girls in the crowd got up on stage. Some had obviously come dressed for the occasion, but all had a great time and kept their clothes on. It is February in Dublin after all.

They were on stage throughout singalong covers of  Def Leppard’s Pour Some Sugar on Me and Bon Jovi’s Livin’ on a Prayer.  Selfies taken and asses squeezed, they were ushered off as the band brought the main part of the show to an end with two of their most popular songs, Community Property and Death to All but Metal.

As they left the stage the chant of “one more tune” went up, followed by “ole, ole, ole.”  The crowd was having far too much of a good time to want to go home. 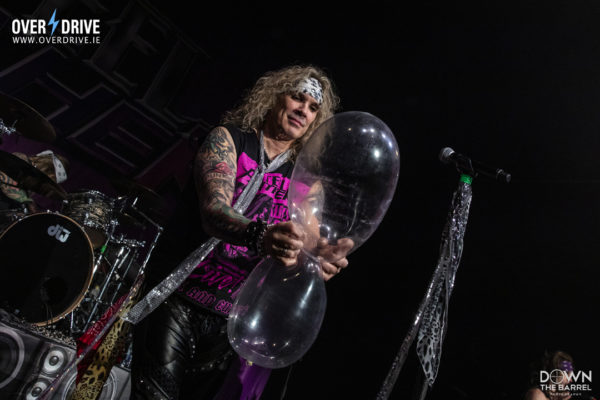 An encore of Seventeen Girls in a Row and Gloryhole finished the show, with Lexxi and Satchel breaking out some hilarious dance moves, high-fiving each other when they got it right and throwing dirty looks when they didn’t.

As we filed out into the rain and back into the real world, it was with cramp from laughing and grins as wide as the Liffey. 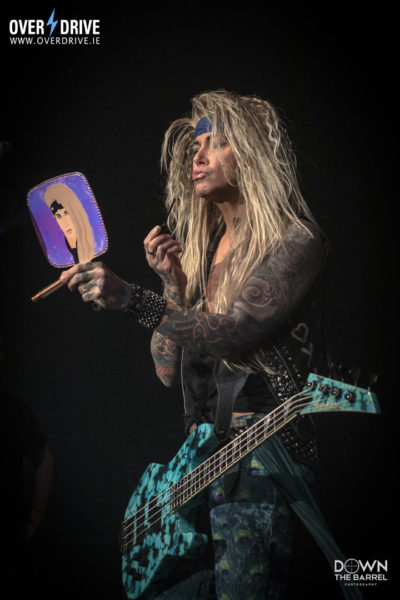 Steel Panther were on top form, hilarious, great songs, top covers and the Ozzy Osbourne impression will have me giggling for a long time to come.  5/5

Stay tuned to Overdrive for a hilarious feature interview with Satchel and Stix coming next week exclusively on www.overdrive.ie.