Having missed the mark on touring Ireland since their rise to fame, glam/sleaze merchants, Steel Panther finally granted many a wish with their debut Irish performance in the Irish capital last week and what a night it was! 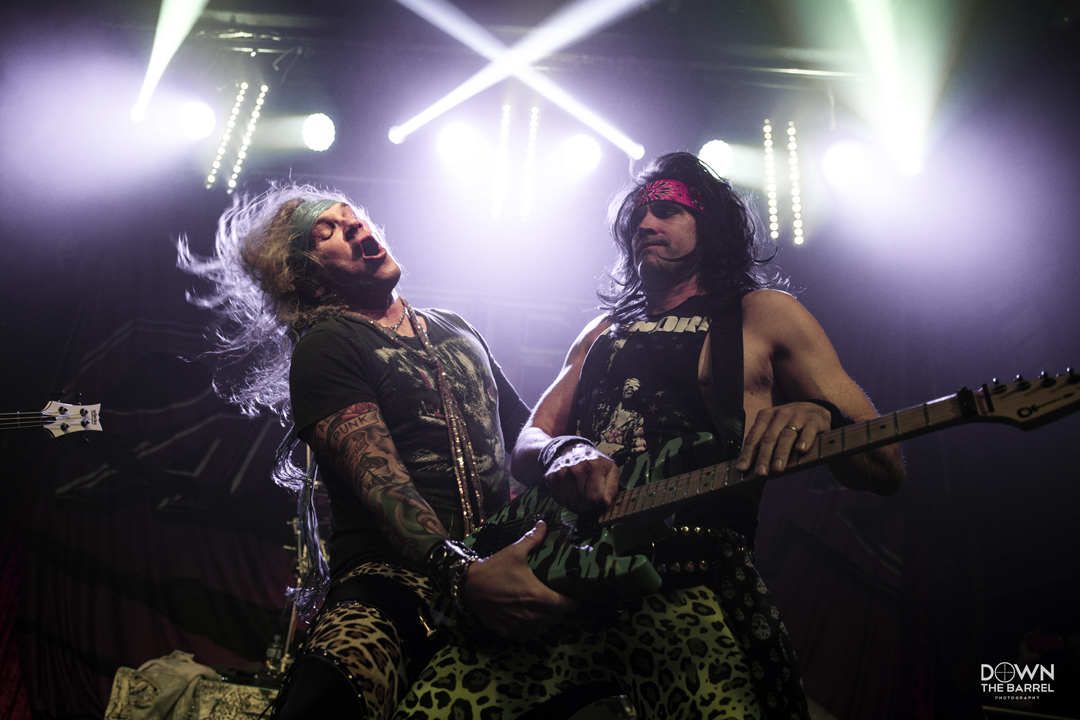 The bustling crowd that lines up outside Dublin’s Academy are not in the slightest bit bothered by the sub-level temperatures that haunt the Irish capital as the anticipation for tonight’s show could not have come at a better time of the year.

Fuck January and fuck the cold-as-balls weather, because tonight, a smokin’ hot slice of L.A’s Sunset Strip is about to explode in a hail of cheesy stage moves, filthy lyrics and toxic hairspray. Ireland welcomes Steel Panther will open arms (and legs) for their historical debut performance! 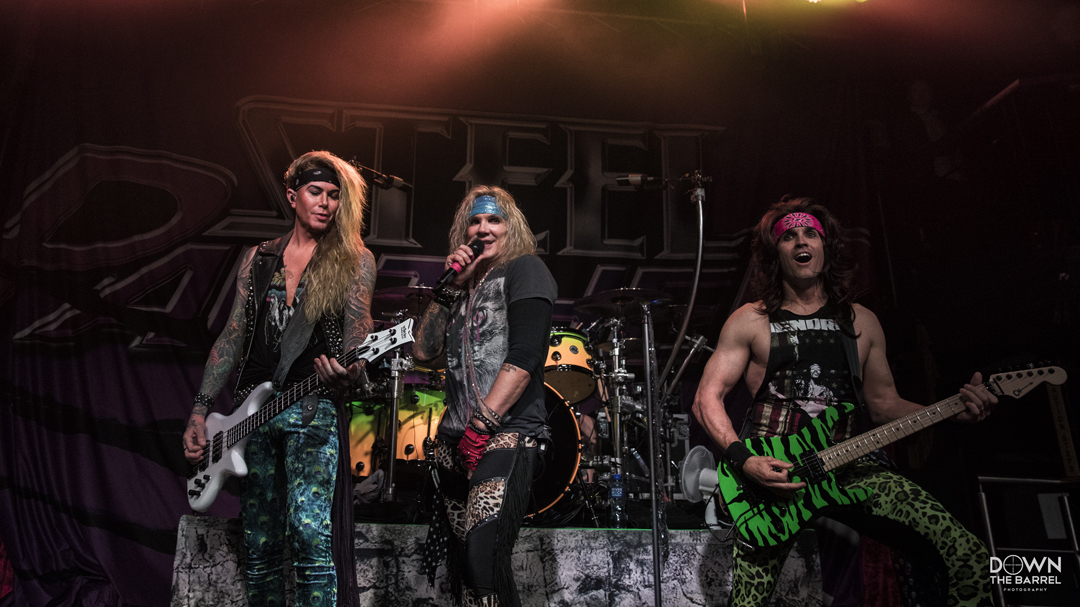 First up tonight is former Little Angels/Fastway vocalist Toby Jepson’s return to the stage with the undeniably fantastic Wayward Sons. Let’s get this straight, these guys don’t fuck around and from the very moment they launch into their sonic attack, they have the venue’s attention in the palm of their hands.

Jepson’s presence is hard to ignore. He commands the stage with fearless confidence leading the band through track after track from their crushing new debut, ‘Ghosts of Yet to Come‘. Having only realised after the show that Jepson was dealing with a fragile stomach, as a result of the ferry crossing from the UK, his passion and clear love for what he does resonates throughout the now packed Academy. 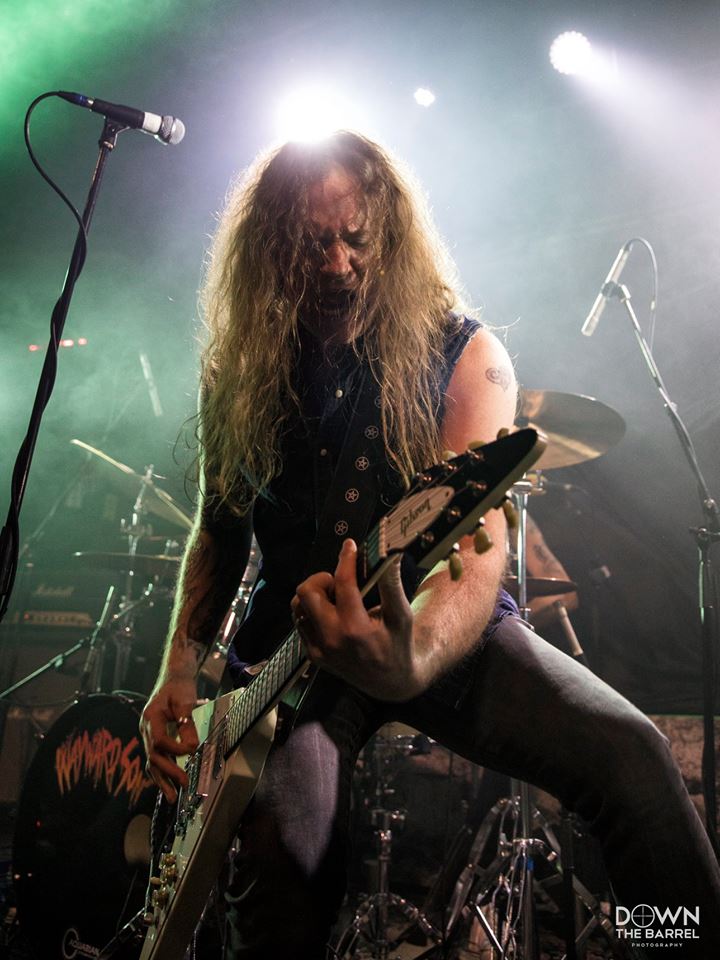 Accompanied by former Tokyo Dragons drummer Phil Martini, bassist Nic Wastell and the rather brilliant lead guitarist Sam Wood, Wayward Son’s are like a hybrid of Airbourne and a bottle fight in a backstreet boozer. Filthy, infectious riffs, delivered with absolutely zero-bullshit. Fantastic! 3.5/5

And so to the main attraction! Possibly one of the most sparse stage setup’s I’ve seen in recent years, Steep Panther finally bring their much talked about show to an Irish audience and with the welcome that they receive, it’s been far overdue!

With a highly entertaining false start, guitarist and main stage mouthpiece Satchel struts out from the wings of the stage, decked from head to toe in what looks like C.C DeVille’s forgotten wardrobe attire. Now, let’s get this party started!

We are treated to about 20mins of the band’s comedy shtick after the first two songs (‘Supersonic Sex Machine’ and ‘Tomorrow Night‘) which has the capacity in stitches including some of tonight’s security who clearly didn’t know what to expect. 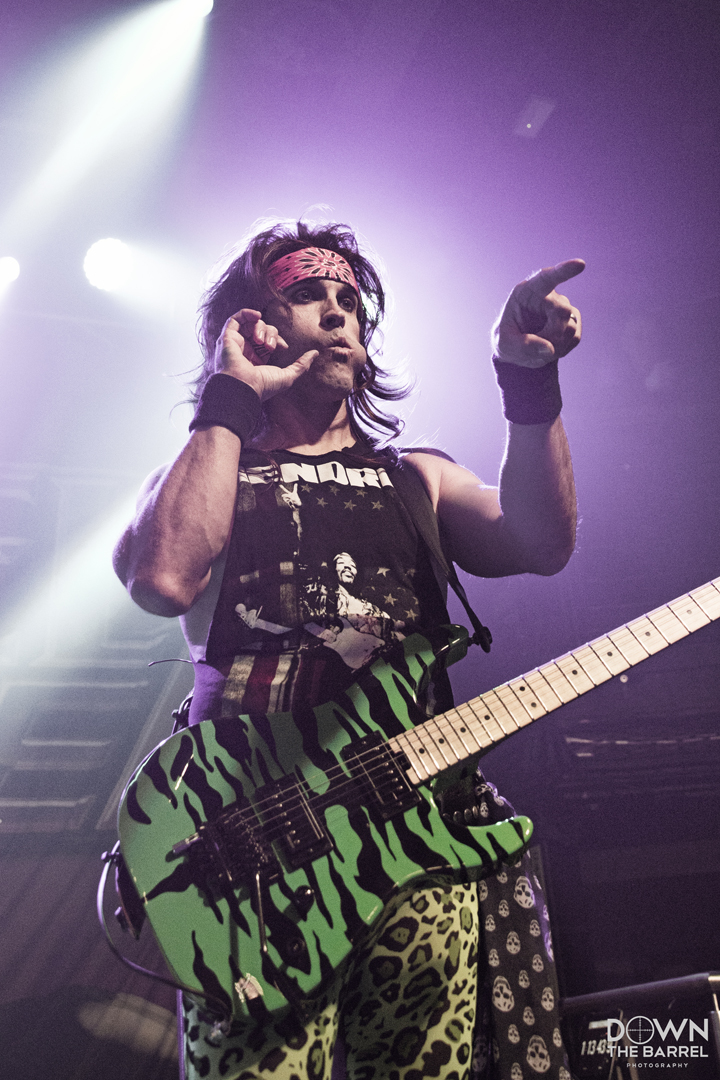 Although the band’s setlist is balanced with plenty of banter (about 50%) the show is highly entertaining (regardless of the technical difficulties with Satchels guitar setup) and instantly lifts the infamous January blues for a few hours.

The overall concept of Steel Panther is genius and can be seen in all it’s glory here tonight, as each member goes about their business working the stage in full character mode, from bassist Lexxi Fox who pampers himself at any given moment, thanks to the assortment of beauty items on hand, to Stix Zadina, choosing the right drumsticks from his drum tech.

Michael Starr is every bit the male slut vocalist that leads the band’s performance down the gutter with his cohort Satchel, providing a non-stop barrel of laughs and some rather red-cheeked ladies in the audience, who are included in some of the hilarious comments/performance bits from the guys. For anyone who remembers ’17 Girls in a Row,’ you’ll know what I’m talking about.

With the venue, pulling double duties and their usual club event due to begin at 11 pm sharp, the show is run under a swift schedule, and as the guys finish off with ‘Community Property‘ and the awesome ‘Party All Day (Fuck All Night), Steel Panther bid their farewell and promise to be back on our shores in the future. Let’s hold them to that! 4/5 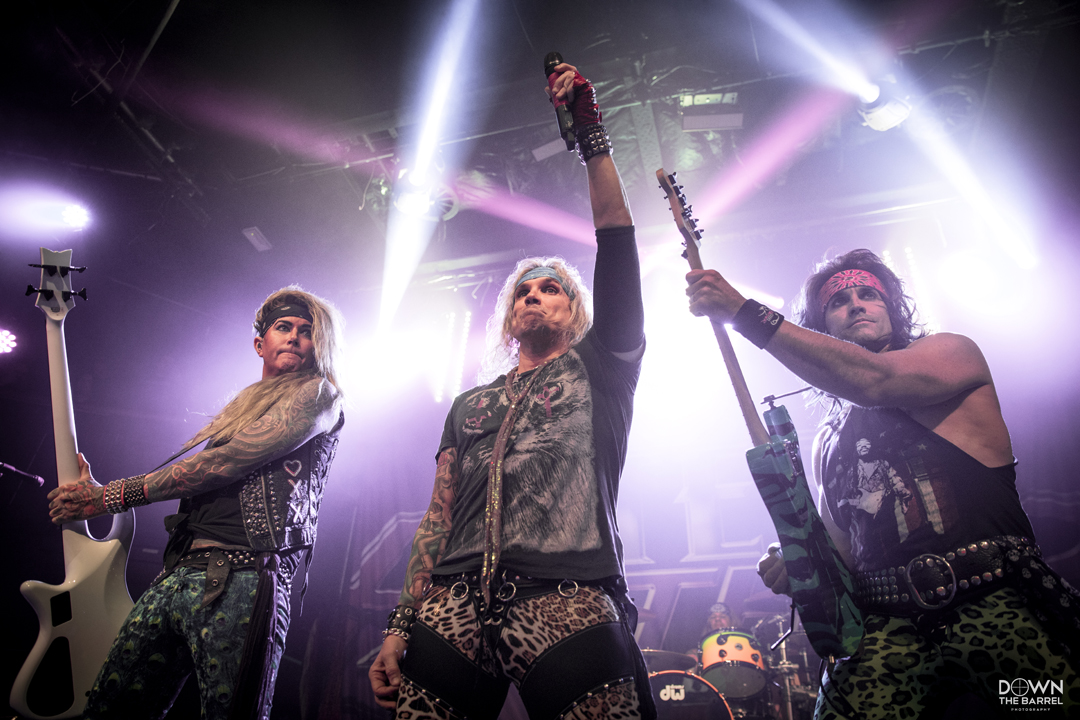