It’s not every day that you get one of the world’s most successful musicians dropping into Ireland’s capital for an intimate show with his side project. But that’s exactly what happened tonight (Sunday, December 4th) when Iron Maiden founding member Steve Harris brought his British Lion project to the Button Factory in the Irish capital. 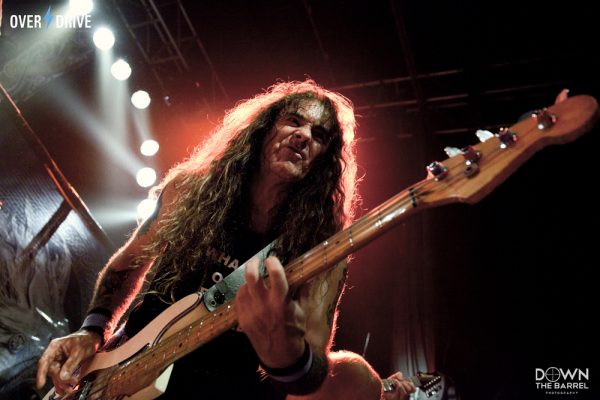 The first things you see are the multitude of Iron Maiden shirts adorning almost everyone in the crowd who are visibly pumped about being up close and personal with a heavy metal deity, that otherwise would be well out of reach. The man who birthed one of the all-time greatest heavy metal bands in history, Steve Harris is due on stage with his band British Lion for the first time in Ireland and to say that we are excited is an understatement. 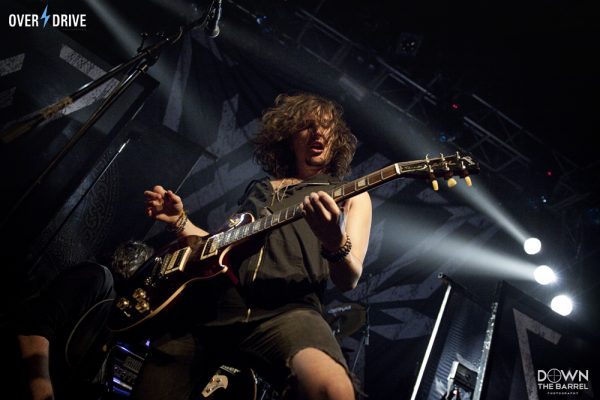 Singer Matt Polley is a cross between Vince Neil and Myles Kennedy, with serious charisma and a vocal range to put him among the finest singers on the stage. The dirty, heavy riffs are spectacularly original and the shred is on as guitarists Zak Muller and Andre Ruffell toss the net over the Button Factory, to reel in a relatively older set of fans. 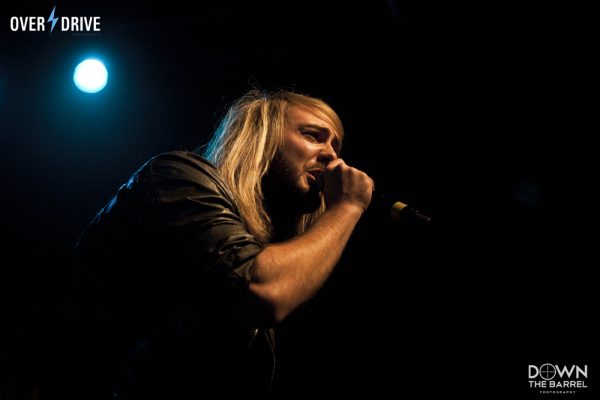 Drums are supplied by Luke Wilson and have a catchy hook that captivates all viewers on this very special night. The only thing I can take away from this band is that they were born in the wrong decade. If they were starting out in the late 80s/early 90s, this gig would be in a much bigger venue and The Wild Lies would be putting the sword to many of the greats that have been around for 20-odd years. They are definitely a band to be watching, and I can definitely see them becoming a much larger and popular band in the very near future. 4/5 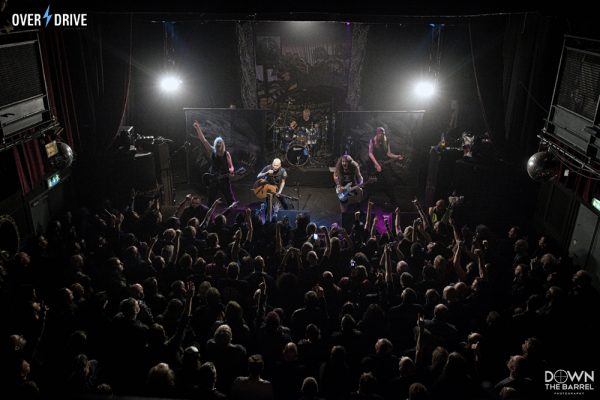 Ever wonder what it would be like to go back to secondary school with the knowledge you have now? (This is aimed at you Overdrivers who’ve been out of school a good few years like me). This is basically what I can imagine Steve Harris is no doubt feeling when he plays with his (other) band British Lion. 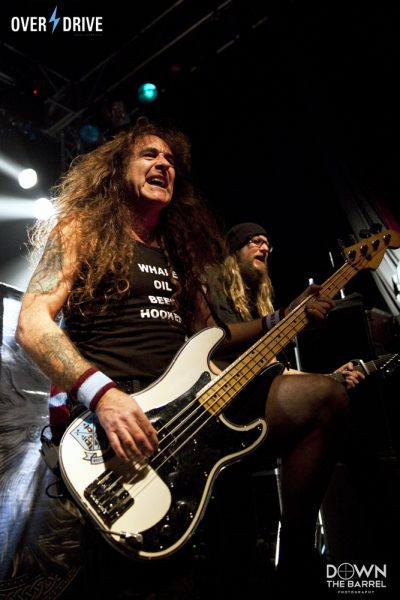 Being one of the biggest rock stars in the world has its downfalls… you can’t go play small clubs with relative ease anymore without being mobbed by crazed fans!  You can kick back and enjoy the intimacy of a small venue like the Button Factory to remember what it was like when you started out. Adorned in his beloved West Ham Utd scarf and a shirt saying ‘WHALE OIL BEEF HOOKED’, he brings his acolytes on stage with the same energy that he appears on his larger gigs… say, for instance, Rock In Rio or Wacken Open Air!

Harris’s solo band admittedly sound slightly Maidenesque in parts but not overly so. Harris’s signature bass skills are pouring through the entire setlist and they fit in nicely to this more mainstream and contemporary hard rock vibe, rather than the NWOBHM genre that he helped to create.

There is no shortage of crowd interaction either because ‘British Lion’ was released over 3 years ago, and only now are we experiencing a full display of power from across the pond. The songs are very well known, and choruses of ‘Father Lucifer’, The Chosen Ones’, and ‘These Are The Hands’ echo around the entire venue.
Frontman Richard Taylor chats for a while as he thanks everyone for turning up and announces that although they’re going to play the guts of the entire album, there are other tunes coming too. 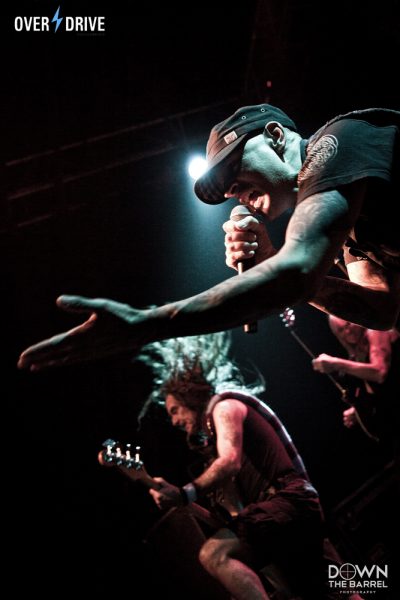 The next gig is announced and the ground shakes as each band member is introduced. It’s definitely lighter than a maiden gig… but it’s not a Maiden gig. It’s a Steve Harris gig! It definitely does have a different feel to it, but you can’t put your finger on it. The shred is supplied by guitarists Grahame Leslie and David Hawkins and Simon Dawson on drums booms effortlessly, backing up Harris as he takes aim at everyone in sight.

There is no real moshing, but plenty of headbanging and horns in the air as Harris and co. bound about the stage like teenagers throughout their 16-song set (including a FANTASTIC cover of UFO’s ‘Let It Roll’ as their first encore). Not bad for a 60-year-old! You can tell that the affluent love of music is very well and truly alive. Each member of the band takes time out after the gig to shake hands with the fans, but Harris is the real deal here. Not forgetting where he came from, he willfully stands and poses with every single member of a venue long queue (well over 100), so that they can get a picture with him and get some collectables signed. That is the mark of a true gent of the olden times – he may be a living legend but he still remembers those who put him where he is. This is a lesson that much lesser known rock stars could learn. 4/5 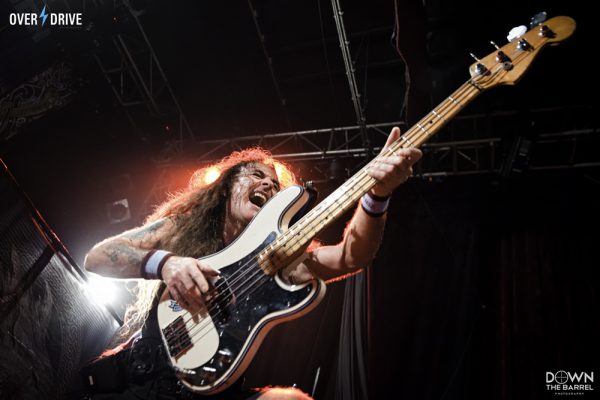 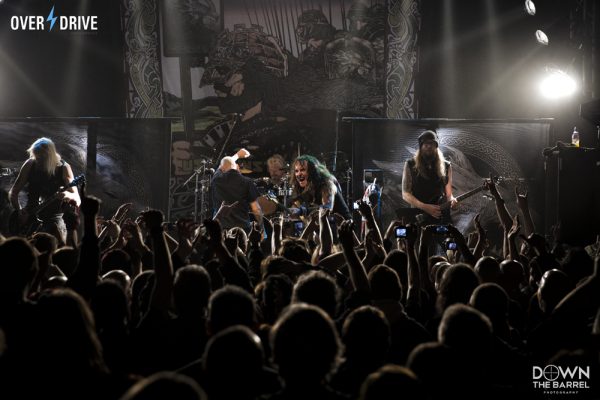 This Is My God
Lost Worlds
Father Lucifer
The Burning
Spitfire
The Chosen Ones
These Are The Hands
Bible Black
Guineas and Crowns
Last Chance
Us Against The World
A World Without Heaven
Judas
Encore:
Let It Roll (UFO cover)
Eyes of the Young

** It is forbidden to use any images shown below without official permission. © Down The Barrel Photography – Overdrive 2016 / 2017