Iconic guitar mastermind, Steve Vai made his long-awaited return to Ireland with an outstanding live performance in the capital last Friday night. Here’s what happened… 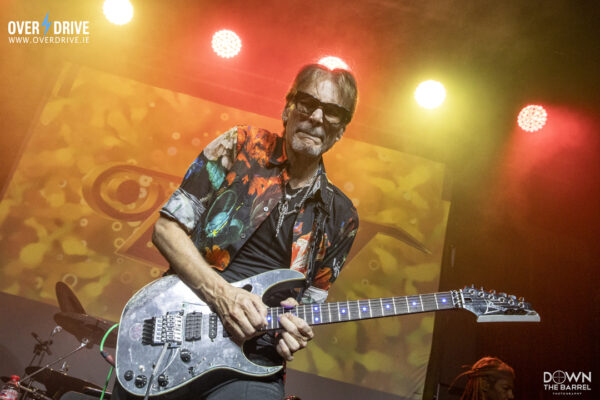 It’s been nine long years, since the Mr Vai performed in Ireland to say the excitement and anticipation from fans a at fever pitch, is an understatement.

The venue was at full capacity by the time Vai took to the stage launching into ‘Avalancha‘ from his latest release ‘Inviolate‘.

As Vai stalks the stage, his face animated along with every guitar bend and slide, the band are incredibly tight and unified for this the Djent infused track. It also featured some fantastic harmony interplay between Vai and Weiner.

Following is ‘Giant Balls of Gold‘ from 2001’s ‘Alive in an Ultra World‘ [which displays many qualities we love in Vai’s music], his penchant for soaring melodies, heavy riffs and of latter years, his use of his sustainiac pick-up which allows him to deliver a more Jeff Beck ethereal flavour to his palette.

Next up is ‘Little Pretty‘ from ‘Inviolate‘. This track is very reminiscent of ‘Whats New In Baltimore‘, a track Vai recorded during his tenure with Frank Zappa, mixed with a little King Crimson. An outstanding track harmonically, and proves that Vai’s use of dissonance only emphasises the emotional weight of the music. 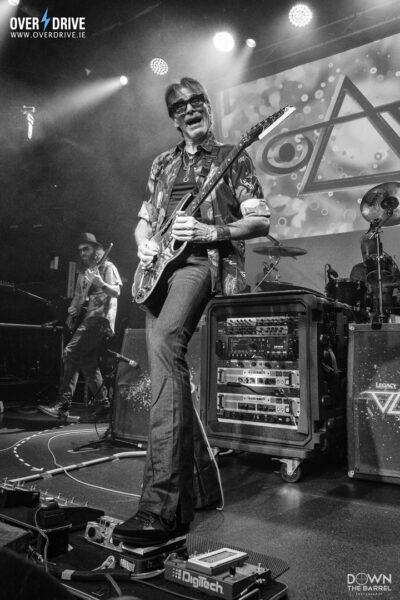 We are next greeted to a laid back improvised vamp in E by the band as Vai finally takes to the mic to accost his elated fans. He begins by saying how much he missed playing Ireland, his love for playing little clubs as they get you “hot and bothered” and then mentioned the he turned 62 a couple of days back, to which the crowd responds with a deafening rendition of ‘Happy Birthday‘ causing the band to stop allowing Steve to feel the love from his loyal supporters.

His delight is clearly expressed on his face. He then explains to the audience that the best lesson he’s learned in 62 years is that; “you really only have to ever do what you wanna do“. Wise words indeed.

Next up we are transported back to 1995 with ‘Tender Surrender‘, a guitar masterclass in control, dynamics and expression. The climactic rise to his incredible solo is one of the nights highlights. Following, are powerhouse renditions of, ‘Lights are On‘ from 2016’s ‘Modern Primitive‘ and ‘Candlepower‘, a track first released during lockdown and was included on the latest ‘Inviolate‘ album.

Things get serious when Vai unleashes the mind warping two handed tapping intro to ‘Building The Church‘ with the band coming in on point delivering a serious heavy groove that has the audience moving their heads in unison before things then get taken down a notch for a beautiful rendition of ‘Greenish Blues‘.

Now to another highlight of the night. Footage of the Devil’s guitar slinger Jack Butler (Played by a 25 year old Steve Vai) from Walter Hill’s 1986 movie, ‘Crossroads‘ appears on the screen. Vai then plays the intro to ‘Bad Horsie‘ along to the footage of the movie’s infamous guitar duel. 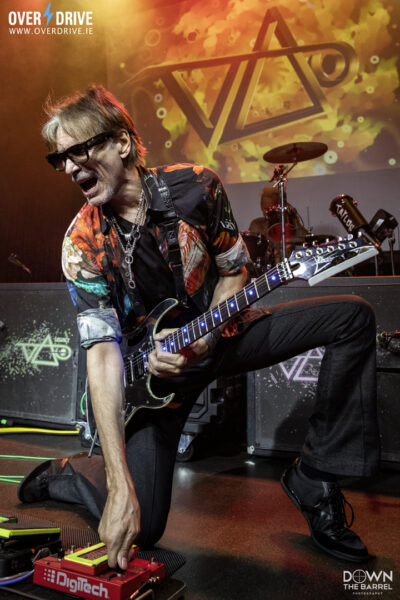 The band then comes in to complete proceedings. This track has never sounded heavier or more menacing. Following next are ‘Whispering A Prayer‘, a track which Vai wrote for Ireland, ‘Dyin’ Day’ from 1996’s ‘Fire Garden‘(a personal highlight) and Inviolate’s, ‘Zeus in Chains‘.

Finally, a moment many of the crowd have been waiting for. We are brought back to 1990’s ‘Passion and Warfare‘. The band launch into the uplifting epic ‘Liberty‘ followed by arguably one of the finest examples of an electric guitar instrumental ever put to record, ‘For The Love of God‘.

Having seen Vai on multiple occasions, this particular rendition was verging on transcendental.

Thinking the show couldn’t exceed that, Vai delivers the jaw dropping finale, the final movement of the ‘Fire Garden Suite‘. A performance so devastatingly tight and epic that it would make Dream Theater’s fingers wilt.

This evening was a reminder that we should cherish great musicians like Vai. With recent losses of the likes of Shawn Lane, Allan Holdsworth and Edward Van Halen, he truly is one of the last remaining Jedi masters. May his reign continue for many years to come. 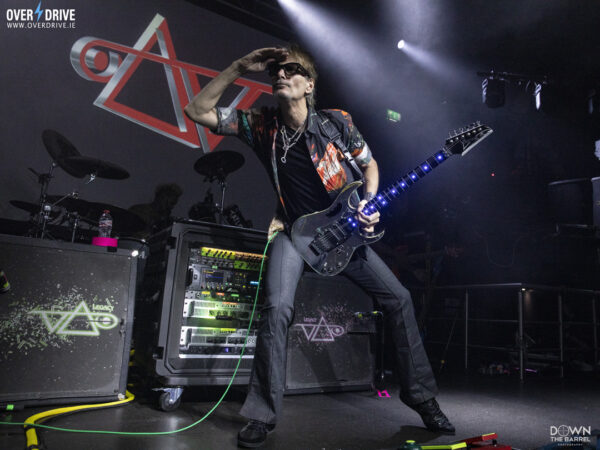