We asked one of Ireland’s most respected guitarists, Conor McGouran of The Enigma Division [ex-Xerath], to lend his ears to the new opus from legendary virtuoso, Steve Vai, and this is what he thought… 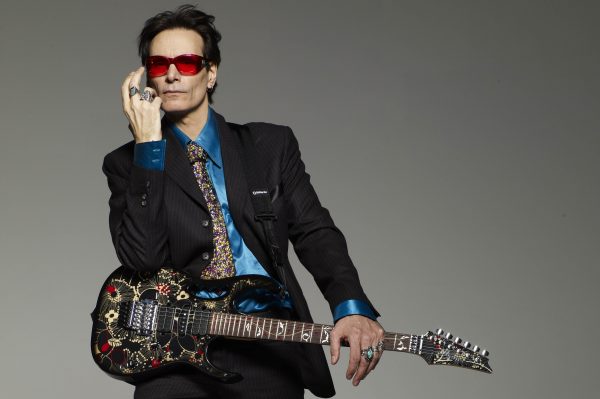 Steve Vai is truly a rarity. His career has spanned over 40 years, beginning with Frank Zappa, Alcatrazz, David Lee Roth and Whitesnake, to his current illustrious and successful solo career.

He has achieved what few musically adventurous virtuoso’s have managed…accessibility His latest offering “Inviolate” is arguably his most inspired and unique work in years.

Opening with “Teeth of the Hydra”, we are introduced to a behemoth of a track which displays the drama and musical depth of a film noir score. He also unleashes his new triple neck monstrosity [see pic below] to great effect. “Zeus in Chains” nicely demonstrates Vai’s key modulations and chord progressions here. They’re unpredictable, ethereal and the tone is huge and beautifully lush.

Next we have the first single release “Little Pretty” which is a personal highlight. We hear Vai give a more dissonant approach here in the vein of “What’s New In Baltimore?” – Frank Zappa (which originally featured Vai) and Robert Fripp. It even has some Scott Henderson vibes in the lead sections.

“Candlepower” is a latin/blues infused piece reminiscent of “The Boy from Seattle” (Alien Love Secrets) with Vai employing a very original quirky dissonant bending motif in the middle section, which resolves flawlessly.

“Apollo In Color” is Vai seamlessly blending his love for things Lydian with altered harmony.

Following is “Avalancha”, a five minute prog metal sprawl which proves to be the guitar hero archetype track on the album. Another personal highlight arrives with “Greenish Blues” (perhaps an ode to the late Peter Green), where Vai has probably never played with more finesse and control.

The album closes with the inventive up tempo “Knappsack” which shows an extraordinary example of left hand strength and dexterity and the warm inviting “Sandman Cloud Mist” which is sonically reminiscent of an improvised dance between Allan Holdsworth and Gary Husband.

“Inviolate” is Steve Vai’s finest output in years. A personal favourite since 1999’s “The Ultra Zone”.  Virtuosity aside, this is a sonic feast for anyone with an interest in cinematic creative song-writing and unpredictable but intelligent chord progressions.

The musicianship is merely the icing on the cake. It really is all about peace and love and Good happiness stuff. 8/10

‘Inviolate’ is out now and can be purchased on a variety of formats via this link. 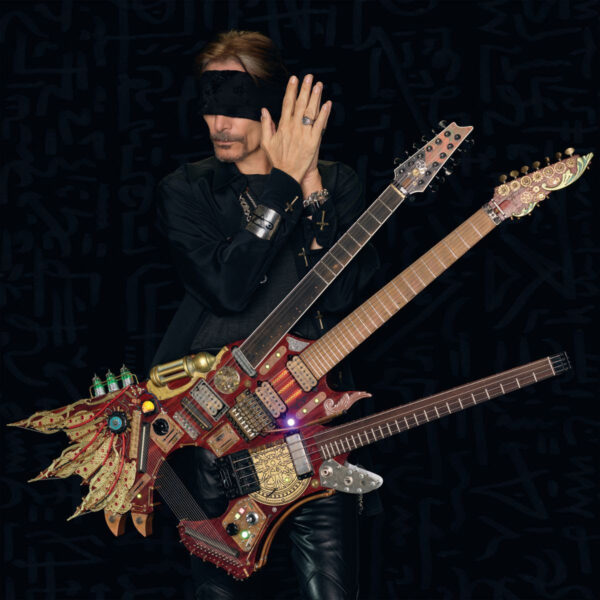