Finishing up an extensive European tour between 14 countries over the month of November, Tesseract, Between The Buried And Me and Plini hang up their hats after their final show in Dublin on December 2nd. 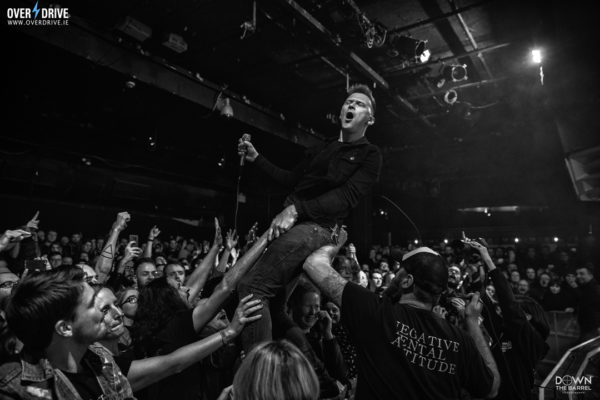 Sadly, it also means the end of a short romance within the Tivoli for DME, as this marked the last metal show to be held within the premises.

Opening an hour behind schedule to an almost already packed-out room, Plini (5/5) and co humbly arrived on stage for their first ever show in Ireland, before, for some reason, slices of bread were thrown from the stage into the crowd and back to the band.

Being one of the faces of the Strandberg guitar family doesn’t come along easy to average guitar players as proven on stage tonight – perfect tones, timing and shifts, as well as an extremely relaxed exterior playing to the crowd – possibly mental fatigue got in the way of any means of excitement or nerves for Plini, as the main focus stayed with the concentration that went into the performances.

Despite this, it didn’t stop any humour, as after he thanks the crowd for their applause he exclaims “Imagine if that’s how café’s worked – you say thank you and everyone in the room goes “YAY!”. He dedicated the next song, “Flâneur”, as his “Dublin-special coffee order”, to huge cheers of amusement. 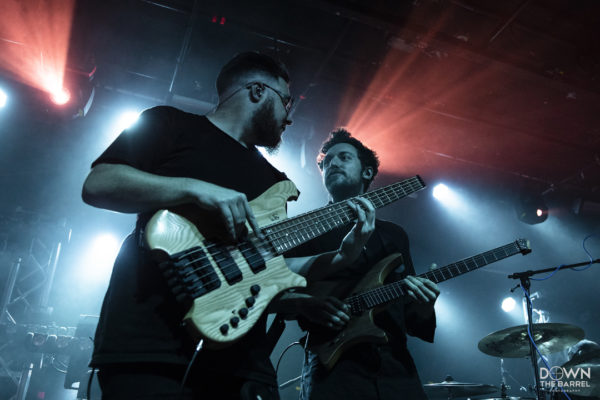 Despite being the face of the band, Plini Roessler-Holgate didn’t feel the necessity to soak up the glory and put his touring guitarist Jake Howsam Lowe in the spotlight with his own solos for even measure.

For a band who play a very sophisticated blend of jazz fusion and metal, they didn’t hesitate with on stage jokes – between having a roadie jump up on stage to feed each member a banana, to trying to persuade the crowd to buy merchandise as it “costs too much to bring a lot of shitty t-shirts back home”.

Unpredictably, considering the insanity of the music portrayed by the band, it was a surprise to see that Between The Buried And Me (5/5) were very quiet when it came to banter within their set. Deciding to remain more of a mystery when it came to members, the band arrived on stage and broke immediately into performance with “The Proverbial Bellow”, one of the tracks from the bands’ album “Automata II” released in the beginning of this year.

Vocalist Tommy Giles remained mostly centre stage behind his keyboard throughout most of the night, forming different melodies and loops throughout each of the bands’ unpredictably and uniquely constructed blend of jazz, folk, swing and avant-garde metal, and at other times coming to the front to direct the crowd to the music as if taking the form of some insane musical conductor. 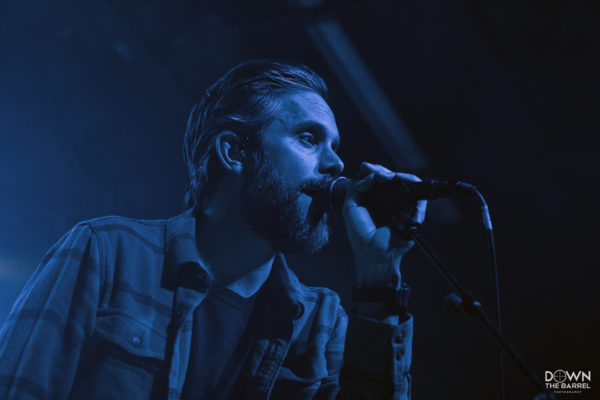 The extended introduction to “Dim Ignition” from the “Coma Epliptic” album got a big reaction from the crowd with many more people seeming to become ‘one’ with the sound. The silence was broken when Giles thanked the crowd and announced the last song, “Voice of Tresspass”, a high-paced swing-style song with many Mr Bungle style changes and licks.

The venue seemed to be at maximum capacity prior to the minutes before headliners Tesseract (5/5) were due to take the stage, running up the crowds anticipation with dim orange lights and an eerie atmospheric sound filling the room. Members entered stage one-by-one, some partially unrecognized, to huge cheers of excitement and relief after the long wait setting up the stage. 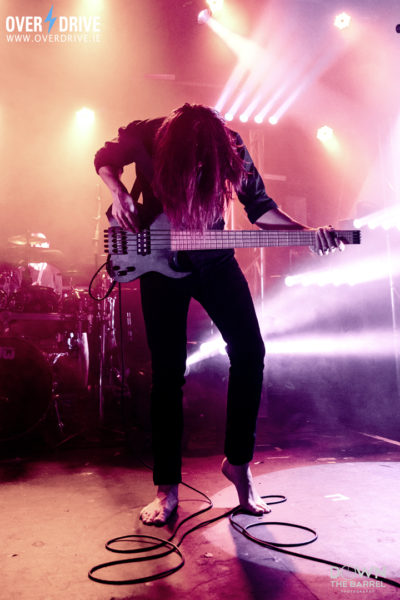 Fittingly, starting the show with new album “Sonder”’s opening track “Luminary”, the crowd immediately soaked up loud, chugging riffs contrasted with Daniel Tompkins‘ soft and high vocals. The bands’ more popular song, “Of Mind – Nocturne”, and “Polaris” opening track “Dystopia” got a brain-ratteningly loud and extended applause and cheer after each performance – much higher on the decibel scale compared to any of the previous bands’ ovations.

For a band who had admittedly announced their tiredness at being on the road for twenty days straight, it didn’t reflect on their performance and atmosphere – with each member giving all their energy for each heavier song on a stage – with just enough breathing space every couple of songs to take on a more down-tempo and mellow approach compared to their better known intense, djent chugging.

Towards the end of the show, Topkins emotionally expressed his desperation to get home to his wife and kids and thanking each member of the audience for taking time out to come see the performance; especially thankful to see an almost sold-out venue on the very last day of the long tour. 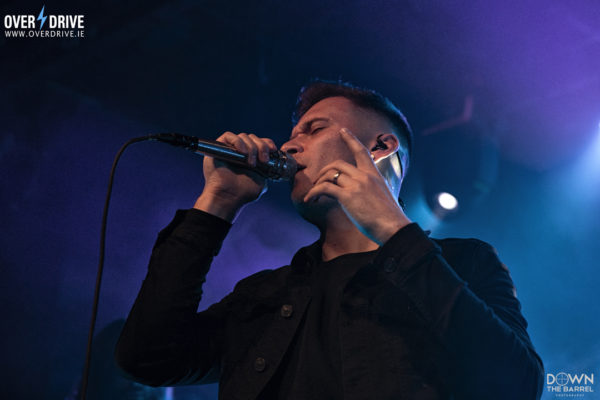 With an intense 14-song strong set-list running the course of the bands previous seven EP and album releases, the final song listed for the night was finishing up with another from the “Sonder” album, “King”, to intense emotional singalongs and dancing from the crowd, before dedicating the demanded encore “Concealing Fate, Part 1: Acceptance” to more old-school fans.

Check out the full gallery below;

wBetween The Buried And Me 010

wBetween The Buried And Me 056

wBetween The Buried And Me 058

wBetween The Buried And Me 065

wBetween The Buried And Me 067

wBetween The Buried And Me 092

wBetween The Buried And Me 121

wBetween The Buried And Me 126

wBetween The Buried And Me 143

wBetween The Buried And Me 149

Photos – Down The Barrel Photography, exclusively for Overdrive.ie © 2109