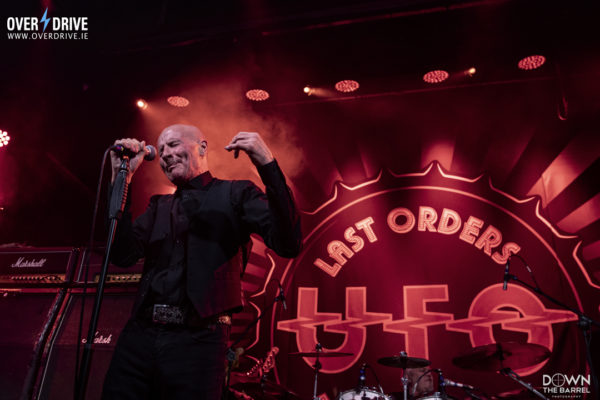 UFO are a band that has seen the greats of rock and metal start and end. If it ain’t broke, don’t fix it, and UFO have never needed to change much in their approach to music.

Sure, they’ve had members come and go over the last 50-odd years, but a good band doesn’t stop just because the instrumentalists change: it evolves; it moves with the times; it always finds a way forward.

Overdrive was on hand to catch what was the last ever UFO show, and it didn’t disappoint.

Relatively unknown on this side of the pond, L.A. guitar virtuoso Tara Lynch brings her “Evil Enough” tour to Ireland in support of old-school UK rock legends UFO. Within minutes of her stage appearance and movement, there’s only one thing in thinking: “Sunset Strip, California”. 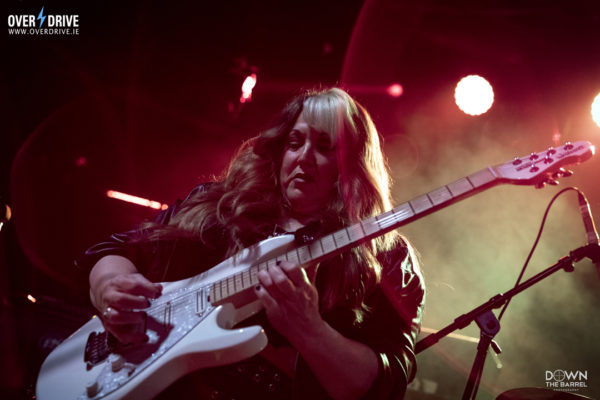 Lynch’s poise and the grandiosity that emanates from her as she struts her stuff on stage has echoes of the instrumental classic guitar godfathers like Joe Satriani, Steve Vai, and Yngwie Malmsteen that have obviously had a massive influence on both her playing style and her stage presence.

It’s probably because it’s just after St Patrick’s Day that the audience are a little cold, so I’m going to put that down to the luck of the draw. This was (and always is) a very tough night to work up a crowd into boisterous song and mischief.

She and her compadres sally forth regardless and do a decent job of belting out an impressive 8-song setlist, comprising her debut album “Evil Enough“, one of which was released last year.

The guitar-work from Lynch is seriously impressive, and is worthy of a bigger stage, and certainly a more familiar audience. It’s a damn shame that it was such a small crowd this early because the starting out of a band in support of such a major legend is something that should be shared as much as possible. Lynch’s classical guitar style also packs a punch when the breakdowns of “Guitara Rising” and “The Antidote” kick in, and there’s the beginning of a rock band that has the capacity to inspire many more to pick up an axe. 2.5/5 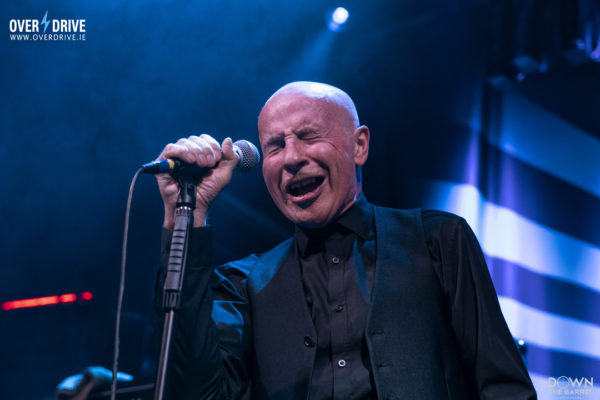 UFO have been around since the late sixties, and have had a career spanning fifty impressive years. They’ve seen it all, done it all, hung out with legends that are no longer here, and have many, many stories to tell.

Vocalist Phil Mogg revels in the spotlight, looking truly at ease in a comfortable manner onstage. He’s relaxed enough to still pump out the powerful vocals that he is renowned for, but not enough to look like he’s bored.

Lead guitarist Vinnie Moore is still the devastatingly flashy marksman he has always been, letting rip with his virtuoso style that had kept him a shining star since the neoclassical metal guitar phases of the mid to late 80s. Mogg also basks in the glory in between songs, regaling stories of Lemmy Kilmister always forgetting his first name, Glenn Tipton bitching about new bands not liking his music, and Bon Scott giving advice of where not to go in Australia. 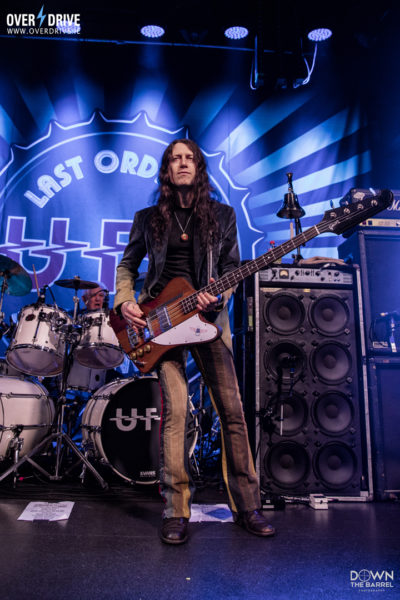 This sort of career belongs in a book; one I hope gets published at some point. Mogg takes time outs to always say a few words to the audience – I feel this subtracts from the flow of the evening. The pauses sort of interrupt the vibe, but you also have to remember – this band is fifty years old: they were seasoned pros long before I was even born.

Rhythm guitarist and keyboardist Paul Raymond also looks like a very relaxed part of the furniture in his approach to the mammoth workload that he puts into this performance, switching gallantly between keys and guitars without any trouble at all.

Bassist Rob De Luca supplies most of the backing vocals and adds to the relaxed mood that UFO embodies: just five guys on stage having fun. Drummer Andy Parker, however, got off to a bad start. About ten seconds into the first song ‘Mother Mary’, it seemed that there had been something loose in his drumkit, and was not happy about it.

However, after a quick roadie-save, the kit is repaired mid-song, and Parker gets back to the main event. He genuinely looks like he’d rather be nowhere else. His eyes are closed, singing the words to the songs, and never misses a beat, even when Moore wants to let rip on several face-melting outro solos (which he does quite often and I sure as hell won’t complain about it).

Last year was UFO’s 50th anniversary, and as this is their ‘Last Orders’ tour, Mogg has called time on his illustrious career with the band. Expressing genuine loss at Lemmy’s death, he previously stated that he had had a good run, and he has a new perspective on the time he has left on this earth. 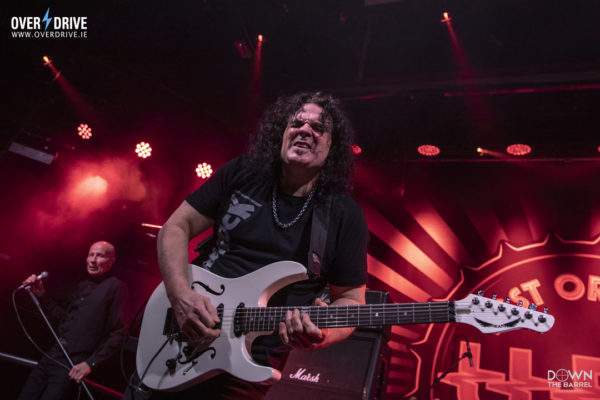 That being said, the setlist is full-on legendary. They came to make sure that their last show in Ireland was one of the best, and they didn’t fail to deliver. ‘Let It Roll’, ‘Lights Out’, ‘Burn Your House Down’ and ‘Too Hot to Handle’ are the timeless shakers of fans’ heads, young and old. That’s something I love seeing: old bands playing here in Dublin, and much younger people than me absolutely immersed in the music.

UFO come from an era where there was a regular interaction between the band and the audience: there was none of this ‘more –bang-for-your-buck’ malarkey. Phil Lynott, Robert Plant, and Jimi Hendrix all did the same thing, and also let their music do the real talking, Mogg is still the showman he always was, never forgets his audience, and still has the moves to go with it.

Moore’s ghost harmonic masterclass on ‘Baby Blue’ shows that he too is a cut above the rest as a guitarist and showman. The rest of the band is able to rest easy and let the other 3 (the third being Parker on drums), take the stage and give the fans what they want. Finishing with ‘Rock Bottom”, and an awesome 10 minute solo by Moore, UFO retire for the night, but appear all too soon to ground-trembling chants of their band name.

Finishing off the night with ‘Doctor Doctor’ and ‘Shoot Shoot’, the band calls last orders on their Irish visits, and bid us all a very fond farewell. 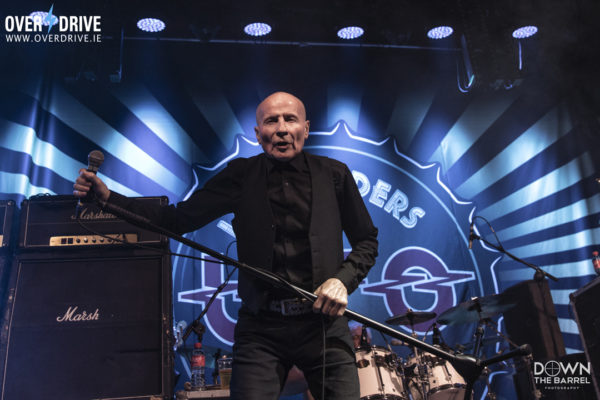 Photos – Down The Barrel Photography, exclusively for www.overdrive.ie © 2019