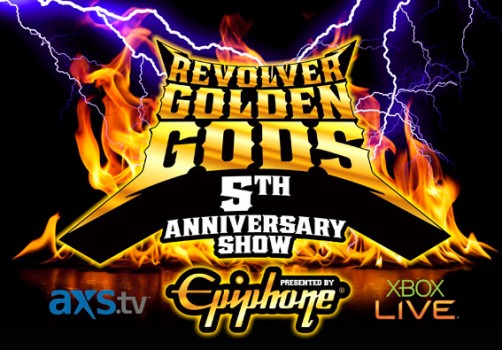 As we wade through the waters of  2013, the world of Rock & Metal are gearing up for new album releases, festival appearances and world tours. With 2012 being a magnificent year for heavy music, Revolver will be taking a look at exactly who was kicked the most ass last year with the  fifth annual Revolver Golden Gods Award Show which looks to be the event’s biggest ceremony to date, as Metallica, Rob Zombie and Tony Iommi will be among the honorees. This year’s Revolver Golden Gods takes place May 2 at Los Angeles’ Club Nokia and also features a headlining performance by Metallica. 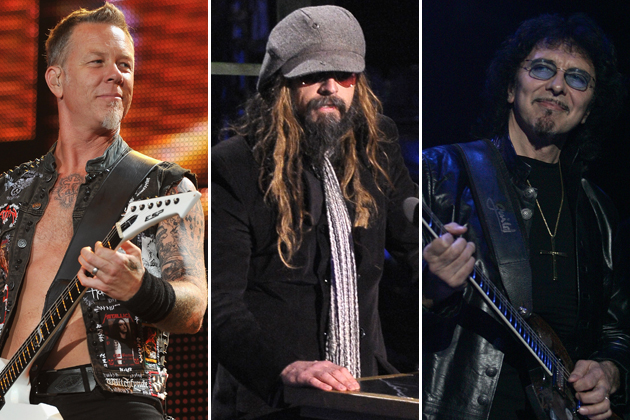 Metallica have been chosen to receive the Ronnie James Dio Lifetime Achievement Award, joining such past honorees as Rush, Motley Crue, Lemmy Kilmister and Ozzy Osbourne. Drummer Lars Ulrich stated, “Since the Revolver Golden Gods Awards is fast becoming THE most rocking awards ceremony in the hard rock world, we are beyond psyched to be at the receiving end of this shout out and in the distinguished company of Rush, Lemmy, Ozzy and Motley Crue. I was hanging out and presenting at the shenanigans two years ago and the energy in the room and the vibe backstage was beyond f—ing cool, so Metallica is chomping at the bit to partake in this year’s event.”

The Golden God award, given to an honoree that embodies the spirit of hard rock and metal, will be presented to Rob Zombie this year. “What can I say?,” said Zombie. “It is a complete honor to receive this award and have my name join the list of such legendary past winners as Alice Cooper and Gene Simmons. Pretty cool deal to be part of the Golden God club.” The timing of the ceremony will also work well for Zombie, who also used the opportunity to announce that his next album, ‘Venomous Rat Regeneration Vendor,’ will drop April 23, followed by the release of his ‘Lords of Salem’ film on April 26.

The night’s other major honoree, Black Sabbath‘s Tony Iommi, will be adding the Riff Lord award to his mantelpiece. Iommi says, “What a great honor to receive the Golden Gods Riff Lord Award for 2013, especially with our new Sabbath album coming out. I hope there will be some new favorite riffs in these songs.” Last year’s winner of the Riff Lord honor was Slash.

The evening will also feature performances from Metallica, Five Finger Death Punch, Anthrax, Stone Sour, Dillinger Escape Plan and Halestorm, with more acts expected to be added in the coming weeks. Fans can currently vote in 11 other categories (listed below) at goldengodsawards.com. Tickets for the show, which will once again be hosted by Fozzy frontman Chris Jericho, can be purchased here. The event will broadcast live on AXS TV, and also via Xbox Live and Facebook. Rockers Sebastian Bach and Dee Snider will host the red carpet event prior to the ceremony.

In related news, the first-ever “Revolver Road to the Golden Gods Tour” was announced along with the naming of the nominees. Stone Sour and In This Moment will team up for the run, which launches in March and runs up to the Golden Gods ceremony in May. The itinerary will be revealed shortly.

COMEBACK OF THE YEAR

SONG OF THE YEAR

ALBUM OF THE YEAR presented by Orange Amplification