The Workman’s Club in Dublin has been getting a name for acoustic shows from some of rocks legends in recent times and tonight we are presented with the one and only Rich Robinson of Black Crowes fame. 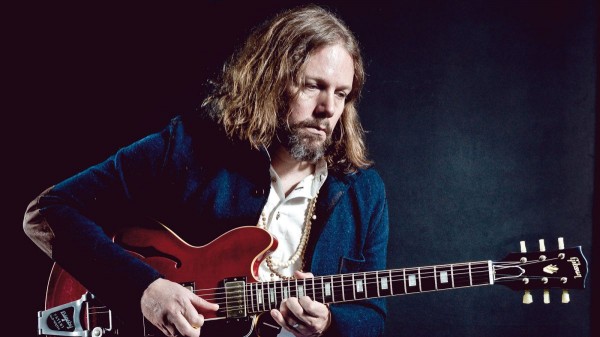 Tonight’s support comes from English Singer/Songwriter John Hogg, who played a really nice set and also introduced us to an Irish singer called Bairbre Munnis. The short but satisfying set generated an intimate connection with the band and I would love to see him back here soon on his own headlining show. As an added bonus, we also get an Irish singer/songwriter, called Baskerville (if memory serves me correctly, or Cillian as he said) who was equally as mesmerizing.

Right from the first note Rich Robinson has kicked things up a notch and the crowd are running along with it, not surprising I know, but it’s great when it just takes off like that. Thankfully it’s not just a crowd shouting for Black Crowes songs, after all this is a solo show which is showcasing his own material and it’s rather excellent.

Tonight’s set is made up of a good mix mainly from the last two solo albums, Through A Crooked Sun and The Ceaseless Sight, both of which are high quality releases in their own right. On this occasion we are treated to four songs from The Black Crowes catalog and as if that isn’t enough,  there’s also a special guest, none other than Paul Brady, who shares the stage for a couple of Crowes tracks and a couple of his own, which makes for a very special evening indeed. 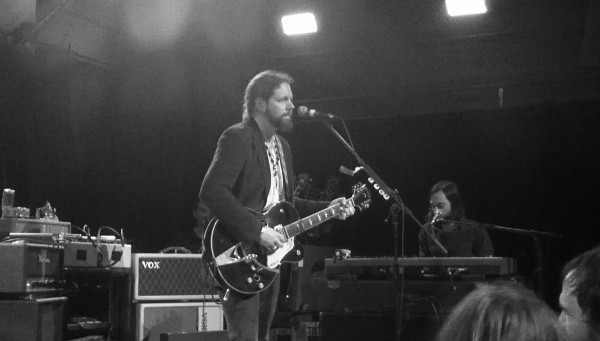 The start of the set is exclusively from Rich’s last album, 2014’s The Ceaseless Light and they are all really good songs, but for me the set really gets going when he starts playing Lost And Found (probably my personal favourite track from Through A Crooked Sun) and things just get better and better! There has been chat buzzing around the front row of the venue, about a Paul Brady lookalike, but when he was tuning his guitar it seemed too much of a coincidence and so it turned out when Rich introduced him that we had a pretty interesting guest coming to the stage, and it was Paul himself that then got Rich to explain the connection. Mr. Robinson Senior had brought home an album of Paul Brady and Andy Irvine and it became staple listening in the Robinson household when Rich and Chris were young and they all loved the music, so you kind of knew there and then that the guys were going to produce fireworks. The excellent Arthur McBride, sees the fun level on the stage spring to life, as the two without ever trying to one up each other, just add layers to their play and it’s so well received from the venue capacity.

Paul Brady is visibly getting younger by the minute, as he is having an absolute ball playing with Rich and he’s putting in 100% on the two Crowes numbers they play. Wiser Time and Thorn In My Pride are executed with plenty of power to the delight of the crowd. This truly is a wonderful night’s entertainment from an extremely talented artist and guest. Falling Again and Answers, which are taken from Rich’s first solo album provide an electric energy throughout the Workman’s Club and as Trial And Faith rounds out the solo offerings, Rich Robinson continues with the same high quality and proceeds with two more Crowes classics, Oh Josephine and What Is Home thrown in for good measure.

As we all walk away from the venue into the night air, there is a sense of satisfaction and respect for what we have all just witnessed. Lets just hope that more of you get the chance to experience Rich Robinson upon his next performance, which hopefully will not be long.

In Comes The Night

Thorn In My Pride (Black Crowes with Paul Brady)

What Is Home (Black Crowes)

For more information on Rich Robinson, just hit this link.