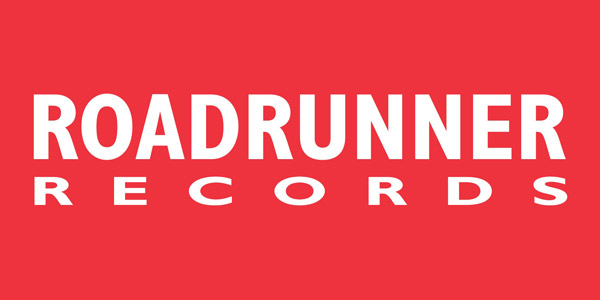 Roadrunner Records are set to celebrate the legacies of some of their most revered artists by releasing multi-disc boxsets from Type O Negative, Sepultura, Fear Factory, Life of Agony, King Diamond, Obituary and Deicide, each including every album the band recorded for Roadrunner.

All sets, due for release on Friday March 15th 2013, feature each album in an individual CD paper-sleeve with original artwork, housed in a clamshell box. The albums are neatly packaged together in one place, giving the listener a blistering slice of metal history, and an in-depth look at each band’s evolution. The album boxes will also be available through iTunes and all good digital retailers.

Here’s a brief look at what’s in store for each box set. 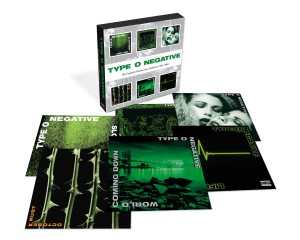 Brooklyn natives Type O Negative were led by towering singer and bass player Pete Steele. Dark and industrial, with bursts of thrashing speed-punk, Type O released their Roadrunner debut- Slow, Deep And Hard- in 1991. Origin Of The Feces followed a year later, and 1993 saw the release of Bloody Kisses, which yielded Roadrunner its first Platinum record. All three records are included in Type O Negative: The Complete Roadrunner Collection 1991-2003, as well as 1999’s World Coming Down and 2003’s Life Is Killing Me. 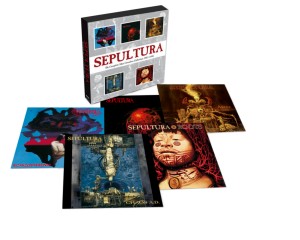 Sepultura: The Complete Max Cavalera Collection 1987-1996 details the Brazilian band’s meteoric career, from their Roadrunner debut in 1987- Schizophrenia, to their critically-acclaimed 1989 album Beneath The Remains and 1991’s Arise. 1993’s Chaos A.D. helped cement Sepultura as one of metal’s most respected and best-selling artists, and the 1996 release of Roots, the band’s last with Max Cavalera,only consolidated their crown. 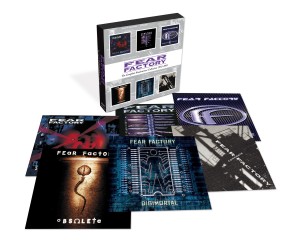 Recommended to Roadrunner by Sepultura’s Cavalera, Fear Factory welded a heavy industrial sound with the speed and pace of death metal. Their Roadrunner debut Soul Of A New Machine was released in 1992, but it was their career-defining Demanufacture in 1995 that put the band on the map. Fear Factory went on to release Remanufacture: Cloning Technology the next year, a remix album of Demanufacture. Obsolete came in 1998, with Digimortal followingin 2001. Fear Factory: The Complete Roadrunner Collection 1992-2001 also includes the band’s first demo album Concrete, originally recorded in 1991 but not released until 2002. 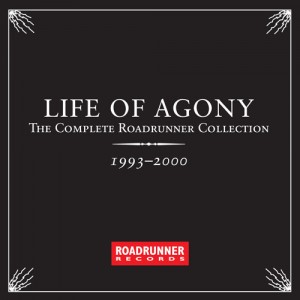 Formed in Brooklyn, NY and led by singer Keith Caputo, Life Of Agony pulled from a diverse array of influences- often fusing the speed of hardcore with dirgier grungey riffs, but one thing was a constant- LOA was HEAVY. Life Of Agony – The Complete Roadrunner Collection 1993-2000 documents their career from 1993’s now-classic River Runs Red, 1995’s Ugly, Soul Searching Sun (1997), the 1999 compilation album 1989-1999, and Unplugged At Lowlands Festival ’97, released in 2000. 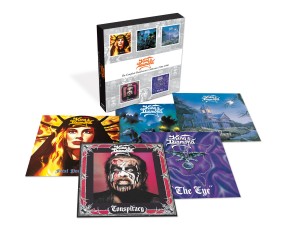 When black metal icons Mercyful Fate split in 1985, vocalist King Diamond, guitarist Michael Denner, and bassist Timi Hansen founded a new band and simply named it King Diamond, after the iconic singer. The band would go on to massive success with their debut album, Fatal Portrait, which joins Abigail (1987), “Them” (1988), Conspiracy (1989) and The Eye (1990)on King Diamond – The Complete Roadrunner Collection 1986-1990. 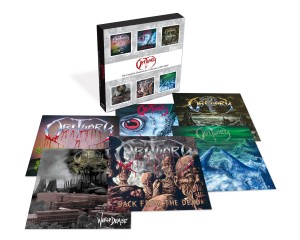 Obituary formed in Florida in 1984 and went on to become pioneers of the death metal genre. Obituary –  The Complete Roadrunner Collection 1989-2005 documents the band’s Roadrunner career from  their game-changing 1989 Roadrunner debut, Slowly We Rot, to Cause Of Death (1990), The End Complete (1992), World Demise (1994), Back From The Dead(1997) through to their final Roadrunner album in 2005, Frozen In Time. 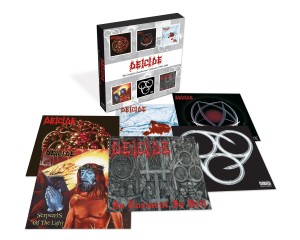 Fellow Floridians Deicide unleashed their brutal self-titled debut in 1990, and became just as renowned for their controversial live shows as they did for their pounding, unrelenting records. Decide – The Complete Roadrunner Collection 1990-2001 tells the story from Deicide (1990) to 1992’s Legion, Once Upon The Cross (1995), Serpents Of The Light (1997), Insineratehymn (2000) and In Torment in Hell, which followed a year later in 2001.

All releases will be available from Friday March 22nd in Ireland and Monday 25th for the rest of Europe. For more information check out Roadrunner and to purchase any of the above releases you will find them in Soundcellar or Into the Void in Dublin’s city centre, as well as all good record stores.