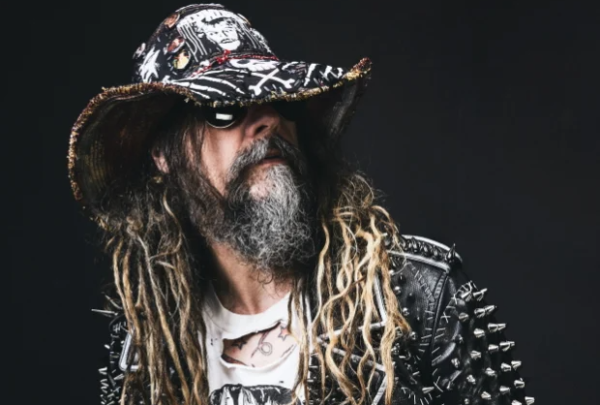 The Lunar Injection ‘Kool Aid Eclipse Conspiracy’ is a classic Zombie album to its core with high-energy rages like “The Eternal Struggles of the Howling Man” and “Get Loose” to heavy-groove thumpers like “Shadow Of The Cemetery Man” and “Shake Your Ass-Smoke Your Grass.” The new album is produced by ZEUSS.

There’s a lot to love about this new Rob Zombie song. Mostly that it’s doomy as all hell and we need way, way more of this type of sound in Rob Zombie’s music.

Then there’s the fact that the song title isn’t an entire novel long, which is a nice change of pace.

As for the music video, there are a lot of crows and Rob Zombie walking around in the snow with some shots of the band playing throughout. Fortunately, no crows were killed in the music video, because man that would be pretty fucked up if they were.

Overdrive reported last week that Zombie is due to begin work directing a new movie adaptation of The Munsters. Get that full report here.