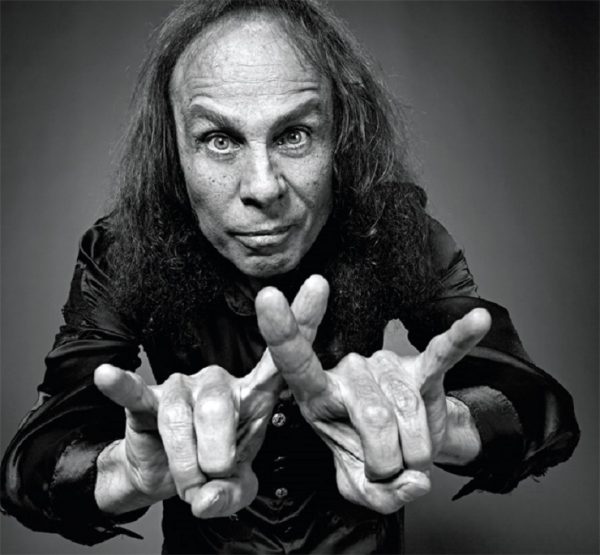 Reunited with the late rock star’s former bandmates from the DIO Band. The tour will have more stops all around, kicking off in Bochum, Germany on December 6. It marks the first tour of its kind, breaking new ground just as Dio did throughout an accomplished career as a lead singer and songwriter in defining bands such as Rainbow, Black Sabbath, Heaven & Hell and DIO. 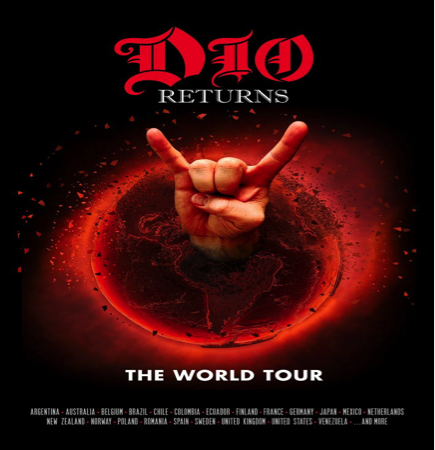 After debuting at the Wacken Festival in Germany last year (see video below), a hologram of the late heavy-metal singer Ronnie James Dio will set out on a world tour backed by musicians who played with him. The “DIO Returns” Tour will feature Dio’s actual live vocals, with the DIO Band playing life, featuring Craig Goldy on guitar, Simon Wright on drums, Scott Warren on keyboards and Bjorn Englen on bass.

Veteran metal vocalist Tim Ripper Owens will also perform, with singer Oni Logan also joining on select dates. The Ronnie James Dio Hologram will perform for the majority of the show, treating fans to an alternating set list that will feature songs such as Rainbow In The Dark, We Rock, Neon Nights, King of Rock & Roll, Man On The Silver Mountain, Heaven & Hell, Holy Diver and more.

“Working with Eyellusion over the past year and a half to turn our dream of this tour into a reality has been absolutely incredible,” said Wendy Dio, who managed Ronnie James Dio throughout his career and is overseeing every aspect of the “DIO Returns” Tour. “No one has ever been able to put together a show and tour like this and we like to think of Ronnie smiling down as we continue to find new ways to share his music with all generations of fans. We cannot wait to be able to finally bring this incredible experience to Ronnie’s fans around the world.”

Craig Goldy adds: ‘We are doing this because we were all one family and when a family has lost their beloved member, they try to keep the memory alive. That is the spirit behind all that we do. When we perform for me it is like a memorial service in form of a rock concert. That gives the fans a chance to experience Dio ‘live’ in this exceptional state of the art way’.
Don’t miss the show and the experience and be united again with Ronnie James Dio performing with his outstanding voice that brought him where he belonged – all the way to the top!”

The tour starts in Germany on the 6th December 2017 and will play more theatre shows around the globe within the next months. See dates below; 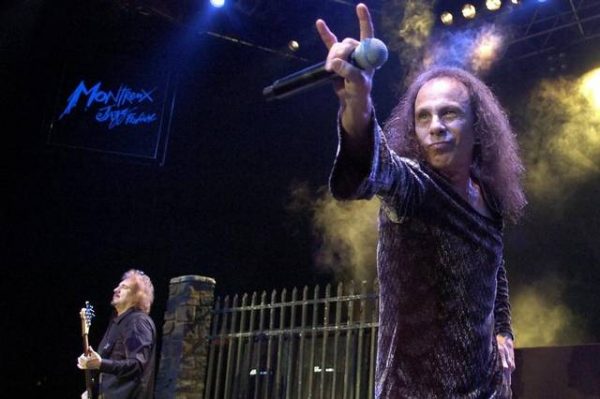