Guitarist Ross the Boss’ stature in the history of hard rock and heavy metal has been well-solidified for decades by this point – with a resume including some of the most influential and hardest-hitting bands of all-time, particularly both the Dictators and Manowar. 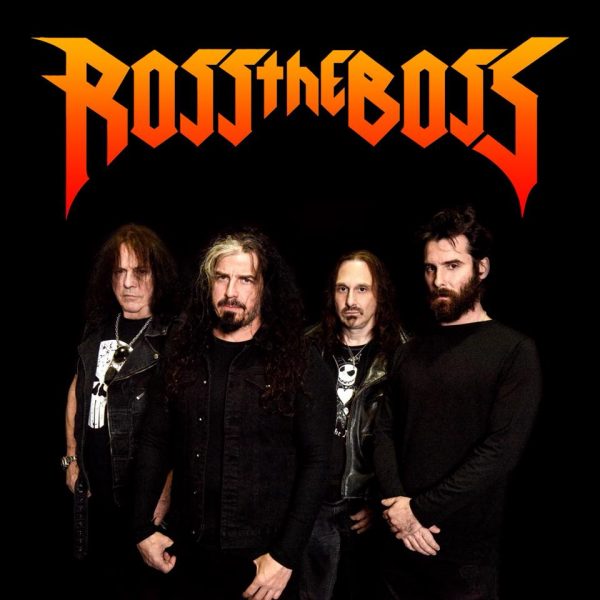 And he continues to rock – as a member of the group DeathDealer, and also, as the leader of his own solo outfit, which has issued such stellar releases as ‘Hailstorm,’ ‘New Metal Leader,’ and his latest offering, ‘By Blood Sworn.’ Joined by Marc Lopes on vocals and keys, Mike LePond on bass, and Lance Barnewold on drums for the sessions (Steve Bolognese will beat the skins on the album’s tour), ‘By Blood Sworn’ was produced by Dean Rispler and will be released April 20th via AFM Records.

“The main thing is that my band all live nearby me instead of in Germany,” explains Ross. “So, we were able to really work the tunes up. Mike LePond and I started going thru riffs and tunes in July, worked up the tunes, and started forming them. It was a very satisfying process.”

And as evidenced by such standout tracks as the title track, ‘Among the Bones‘, ‘Devil’s Day‘, and a re-do of Manowar’s ‘Hail and Kill‘, ‘By Blood Sworn’ is certainly as hard-hitting and heavy as Ross’ previous classics.

“Actually, I know what direction the songwriting should go, and we go. As for my guitar playing, whatever the song needs, the songs get! The record is more old school, but with a fresh attack – the songs are not repetitive, and this record is also not a ‘drum machine recording’ like most these days.” Also featured is extremely eye-catching album cover artwork. “Marc and I had this concept for the cover art by Stan W. Decker. It was a knight kneeling after a battle – holding his mighty sword and my eagle behind him.” 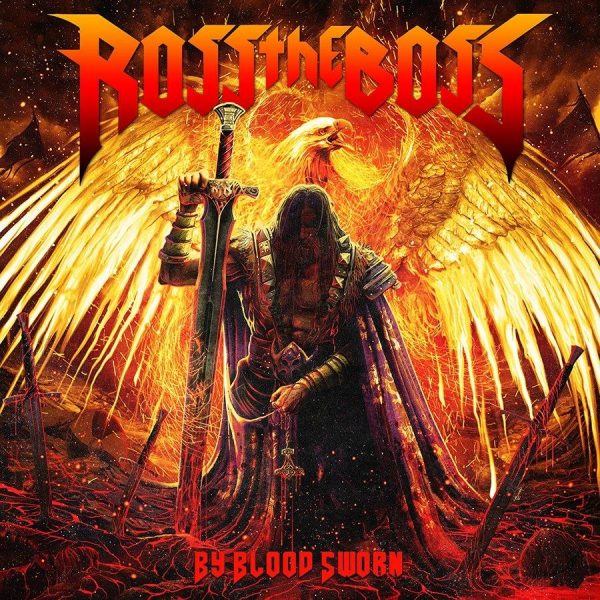 As previously stated, Ross the Boss was one of the pioneers of both punk rock and heavy metal. First crashing on the scene with the Dictators and with such classic albums as 1975’s ‘Go Girl Crazy!’, 1977’s ‘Manifest Destiny,’ and 1978’s ‘Bloodbrothers,’ Ross helped trailblaze punk rock (just to put it all in perspective, ‘Go Girl Crazy!’ arrived a full year before the Ramones’ debut and two years before the Clash’s and Sex Pistols’ debuts).

After exiting the band, Ross then co-formed one of heavy metal’s all-time great bands, Manowar, which showcased exceptional six-string work on such classic albums as 1982’s ‘Battle Hymns,’ 1983’s ‘Into Glory Ride,’ and 1984’s ‘Hail to England,’ among countless other titles.

By the end of the ‘80s, Ross had reconnected with his Dictators bandmates in Manitoba’s Wild Kingdom, which served as a bridge between his love of punk and metal, as heard on the group’s popular 1990 debut, ‘…And You?’

Throughout the remainder of the decade, Ross also played with such groups as the Hellacopters and the Spinatras, before the Dictators reunited, which resulted in several new releases starting from the late ‘90s, all the way through the early 21st century. Also around this time, Ross joined forces with former of Blue Öyster Cult drummer Albert Bouchard, in the band Brain Surgeons.
With Ross’ main focus turning to metal music at this time, two additional projects were launched – DeathDealer and his solo outfit, Ross the Boss. Thus far, DeathDealer (which is comprised of vocalist Sean Peck, guitarists Stu Marshall, bassist Mike Davis, and drummer Steve Bolognese, in addition to Ross) have issued a pair of releases, ‘Warmaster’ and ‘Hallowed Ground.’ And with his aforementioned solo releases – and especially, ‘By Blood Sworn’ – it is confirmed once and for all…few guitarists have “the gift of the riff” as much as Ross the Boss does.