The Royal Blood juggernaut pulled into the vast 3Arena on a dull Sunday evening with post-punk rock legends At The Drive-In and Black Honey, as special guests. Overdrive was there to bring you a quick rundown of the evening’s events… 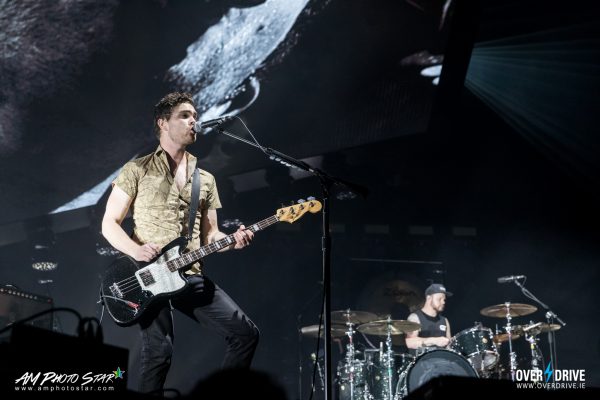 Judging by the complex stage production, it’s hard not to be reminded of just how far Royal Blood have come in the last few years.

Having exploded out of their native Brighton hometown to the international market almost immediately, the mind-fuck comprehension of the band’s popularity must still create a stunned reaction from bassist/vocalist Mike Kerr and drummer Ben Thatcher. Especially when looking out into the vast structure of the 3Arena.

Having missed show openers Black Honey, due to bumper to bumper traffic, we manage to get a good vantage point for the legendary post-punk sounds of El Paso’s very own At The Drive-In. 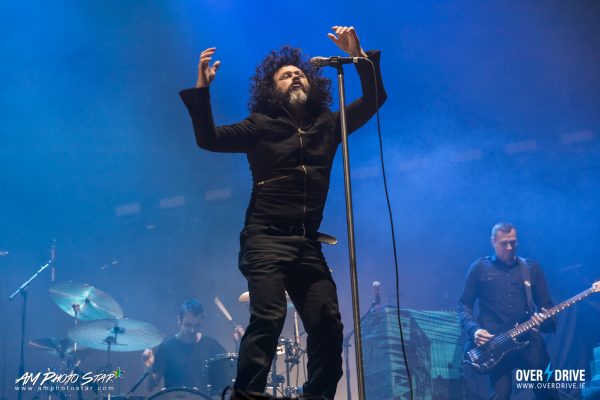 Personally, I was sceptical of seeing the guys perform in such a large venue, but when Cedric and his bandmates hit the stage there is no question about the size of the venue being a problem.

Opening with ‘Arcarsenal‘ Bixler launches himself carelessly around the huge stage in his custom, frantic manner, while Omar punishes his guitar with elasticated precision. The sound is a little washy here and there which doesn’t help, however, the band deliver ‘No Wolf Like the Present‘ from new album ‘in•ter a•li•a‘ (the first of four tracks) with a peppered and predictable selection of bone-shakers such as ‘Pattern Against User‘, ‘Cosmonaut‘, ‘Enfilade‘ and final track ‘One Arm Scissor‘. 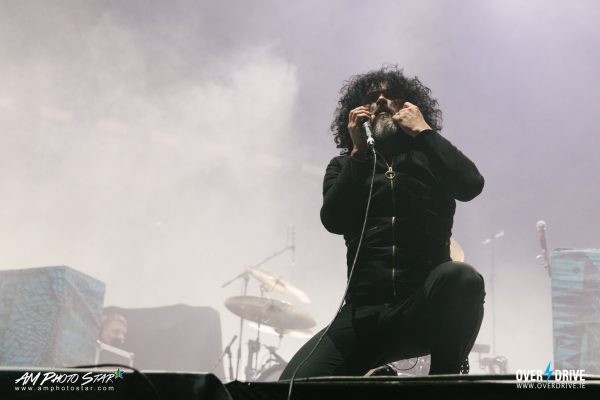 With a mixed reaction from the audience, (we all knew that was going to happen), At The Drive-In finish their set having only just warmed up. Anyone that caught the guys in Dublin’s Vicar Street last year will understand the ability of this band and how they are downright lethal when in the right venue. Tonight they did what they could do in a venue that is simply not suitable for their style of music. Otherwise, a brilliant performance. 3.5/5

And so, on to the main attraction. Royal Blood’s stage production is fired up in its full operating capacity as the guys launch into ‘Lights Out‘, which is an impressive sight to behold! Lasers blast from every angle hitting the darkest corners of the 3Arena, much to the delight of the venue’s capacity. 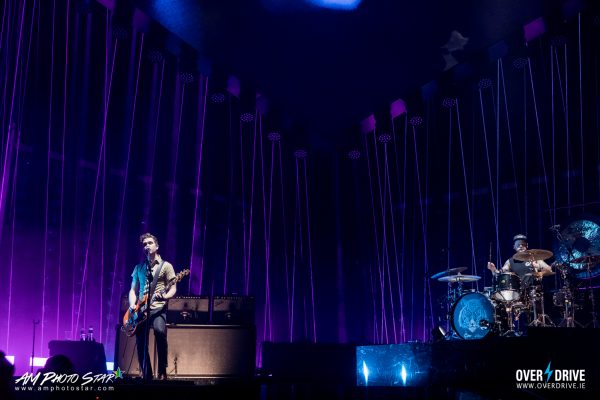 Upon hearing that the hard-indie two-piece would be performing in such a huge venue, I was intrigued as to how they would make use of the stage, and upon seeing the production being assembled earlier whilst doing press, my questions were put to rest.

A giant screen suspended above the guys cleverly drew the eyes into the performance and almost shrank the venue size and let the band take control. An even mix of material from both albums weaved alongside the perfectly synced lighting production giving an exhilarating effect to the likes of ‘Come on Over‘, ‘I Only Lie When I Love You‘ and ‘Look Like You Know‘. 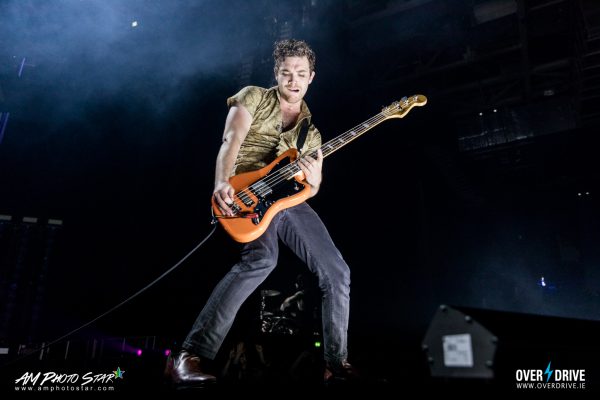 With little interaction with the crowd, Michael Kerr is all about business and hammers his bass with astounding results to crowd favourite ‘Little Monster‘ while Thatcher gives the Thunder God’s a run for their money from behind his raised kit throughout the performance.

Overall, Royal Blood stepped up to the challenge of their first arena headline tour, which inspires the thoughts of ‘what’s next?’. Finishing with encore ‘Ten Tonne Skeleton‘ and ‘Out of the Black‘, the two-piece, bid their farewells and venture back into the night to continue the hyper-fast journey on the rock-star slipstream! 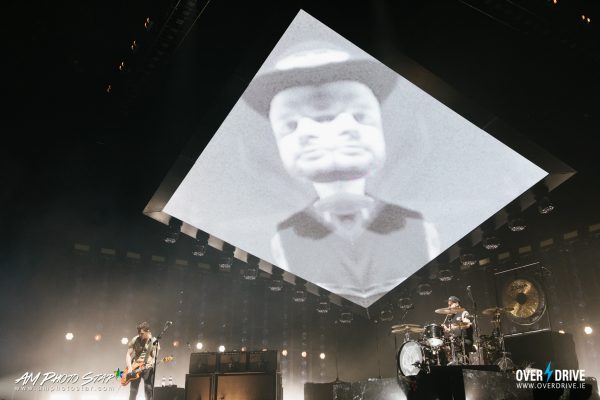 At The Drive In-1

At The Drive In-8

At The Drive In-9

At The Drive In-2

At The Drive In-3

At The Drive In-7

At The Drive In-6

At The Drive In-4

At The Drive In-5