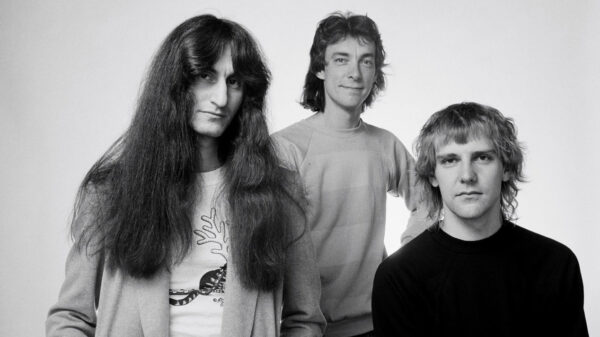 Moving Pictures, Rush’s eighth studio album, was originally released on February 12th, 1981, and its adventurous yet accessible music catapulted the forward-thinking Canadian band to even newer heights as it began navigating the demands of a new decade.

The album’s seven songs expertly blended Rush’s intrinsic prowess for channeling its progressive roots into radio-friendly arrangements, a template the band had mastered to a T all throughout its previous album, 1980’s deservedly lauded Permanent Waves. Moving Pictures was also the second of many Rush recording sessions at Le Studio in Morin-Heights, Quebec, which was ultimately nicknamed the trio’s own personal Abbey Road recording studio.

The album’s lead-off track, “Tom Sawyer,” became one of Rush’s most cherished FM favorites in addition to taking its rightful place as a perpetual concert staple for decades to come.

Next, the band shifts into the multi-generational dreamscape of “Red Barchetta,” which chronicles the thrills and chills of a high-stakes backroads car race. The instrumental barnburner “YYZ,” lovingly named after the airport identification code for Toronto’s Pearson International Airport, runs the gamut of the band’s forever impressive progressive chops in under four minutes flat. 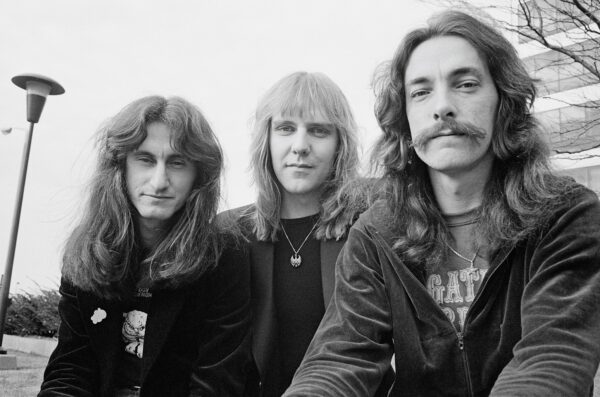 Side A closes out with the observational luminescence of “Limelight,” a timeless, if not prescient look at how introverted artists grapple with public demands while trying to maintain a personal level of earned privacy.

Side B commences with the expansive palette of “The Camera Eye,” a multi-layered, ten-minute-long travelogue that takes a bird’s eye view of the inherent hustle and bustle of New York City counterbalanced with the intense energy and deep-rooted history of London. “Witch Hunt” (subtitled as being “Part III of Fear”) offers a grim view of prejudice and mob mentality, while the album wraps up with the angular, cutting-edge “Vital Signs,” a propulsive track that clearly foreshadows a number of the more adventurous musical directions Rush would undertake as the ever shifting 1980s continued to unfold.

Also included on the Blu-ray are four bonus videos: a brand-new video for “YYZ” plus three remastered vintage promo videos for “Tom Sawyer,” “Limelight,” and “Vital Signs.”Additionally, all of the vinyl in the Super Deluxe Edition has been cut via half-speed Direct to Metal Mastering (DMM) (another Rush catalog first!) on five 180-gram audiophile LPs.

All contents are housed in a premium lift-top box, which features movingly reimagined cover artwork by Hugh Syme.

The second configuration of Moving Pictures-40th Anniversary will be released in a three-CD Deluxe Editiondigipak that includes the newly remastered original album on CD 1 and the entire, unreleased 1981 Toronto concert on CDs 2 and 3. Extras include a 24-page booklet with unreleased photos and reimagined artwork by Syme, along with the aforementioned liner notes by Kim Thayil, Les Claypool, Taylor Hawkins, Bill Kelliher, and Neil Sanderson.

The third Moving Pictures configuration will be offered as a five-LP Deluxe Edition, all of it housed in a slipcase including a single-pocket jacket for the remastered original Moving Pictures on LP 1, and two gatefold jackets for LPs 2-5 that comprise all 19 tracks from the complete, unreleased Live In YYZ 1981concert.

As noted above, all vinyl has been cut for the first time ever via half-speed Direct to Metal Mastering (DMM) on 180-gram black audiophile vinyl. Extras include a 24-page booklet with unreleased photos, Syme’s reimagined artwork and new illustrations, and the complete liner notes.

The fifth configuration, the Deluxe Digital Edition, features the original album and all 19 bonus live performances from Toronto, and is the digital equivalent to the three-CD Deluxe Edition.

Finally, the sixth configuration, the Dolby Atmos Digital Edition, is the digital equivalent of Richard Chycki’s masterful Atmos mix of all seven tracks from the original album.

Rush has sold more than 25 million albums in the U.S. alone, with worldwide sales estimated at 45 million (and counting), and has been awarded 24 Gold, 14 Platinum, and three Multi-Platinum album distinctions. Rush has received seven Grammy nominations, and the band was inducted into the Canadian Music Hall of Fame in 1994 and the Rock and Roll Hall of Fame in 2013. 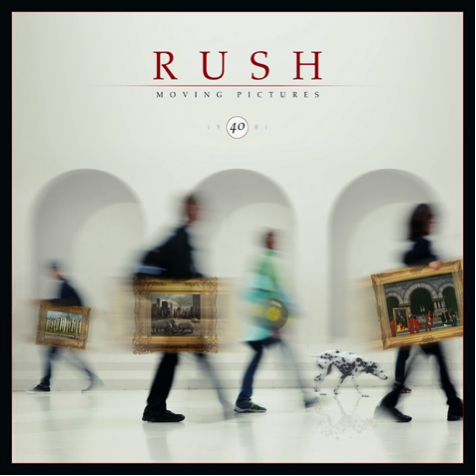