SACRED REICH MAKE THEIR RETURN TO IRELAND IN JULY!


Arizona thrash legends, Sacred Reich have announced that they will be doing a celebratory lap of dates to mark the 30th anniversary of their debut album ‘Ignorance’, which was released on October 13th, 1987. DME Promotions have confirmed two Irish dates in July. 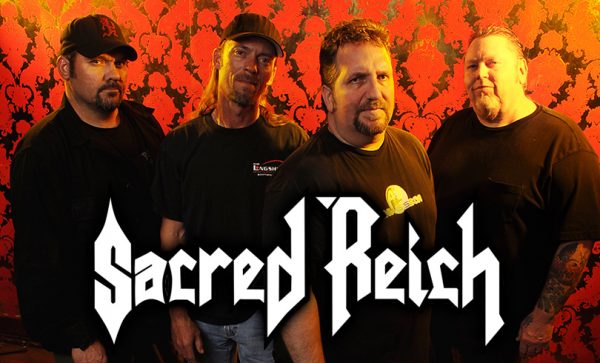 With an earth-shattering back catalogue of thrash classics under their collective belts, Sacred Reich are responsible for bringing the relationship between metal and punk closer together, resulting in bonafide classics such as ‘Surf Nicaragua‘, ‘Ignorance’ and ‘The American Way‘, to name but a few.

Having played Ireland back in June of 2012, the guys will make their highly anticipated return to our shores this coming July to celebrate 30 years of ‘Ignorance‘.

Forming in 1985 in Phoenix, Arizona, Sacred Reich quickly gained international attention as part of the second wave of thrash, alongside the likes of Death Angel, Dark Angel and Destruction. Their ability to find a perfect balance between metal/hardcore and punk still stands today, as one of the most important sub-genre bands to emerge during the flourishing mid-80’s thrash explosion.

With the band choosing to play only a handful of shows each year, the opportunity to catch them live is a no-brainer. Tickets for both Belfast and Dublin shows are on sale from Wednesday, March 15th. Please check DME Promotions for more details.