30 Years of Ignorance rolls into Ireland’s capital for a master class in old school thrash. Sacred Reich bring the riffs, groove and no-bullshit attitude to Dublin’s Voodoo Lounge for a trip down memory lane!

In a hot club in Dublin standing just slightly off stage in the Voodoo Lounge is Phil Rind and Wiley Arnett. Across from them next to drummer Greg Hall is Jason Rainey.

These four Arizona natives are poised to give the multitude of die-hard fans that have turned up on Sunday night in Dublin a show to remember. Together we are celebrating 30 years of Ignorance, 30 years of thrash, 30 years of Sacred Reich.

Five years after their last stint in Dublin’s Whelan’s in 2012 the thrash legends are back to commemorate the album that starting everything off back in 1987.  With big smiles and even bigger riffs Sacred Reich waste no time in getting the crowd moving. “Ignorance”, “One Nation”, “Love…Hate” and “Administrative Decisions” all flow in quick succession to let the fans know that despite some of the members “pushing 48” as Phil Rind comments, the band has lost none of its grit. 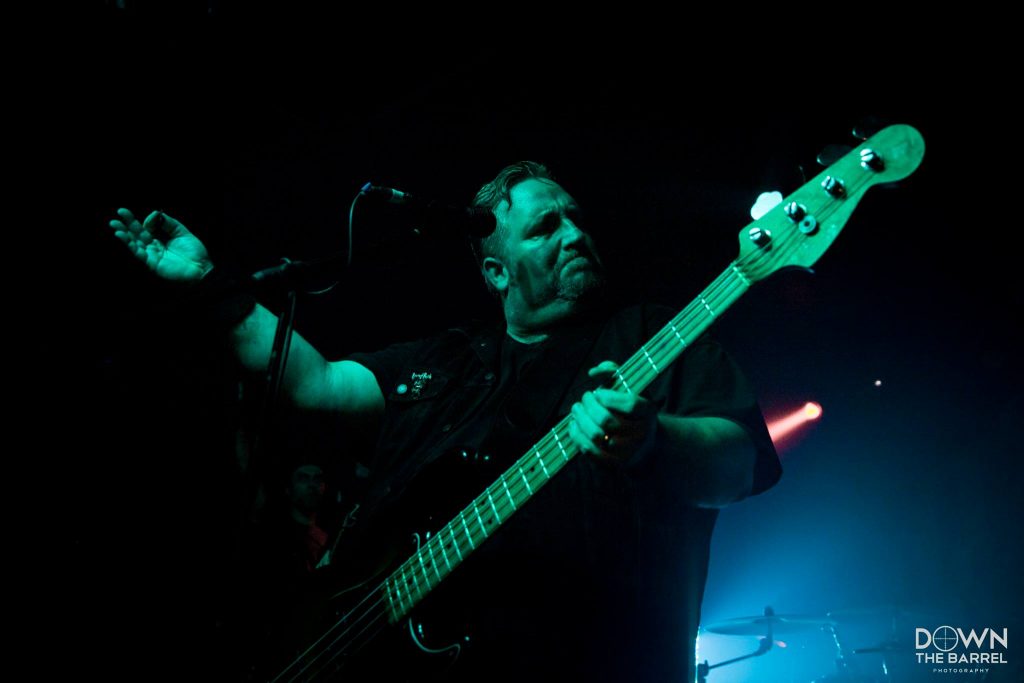 A nice touch in their set as the familiar sounds of air raid sirens wail over the PA is a cover of Black Sabbath’s “War Pigs”. The band lets the eager crowd handle the majority of the vocals before they launch straight into “The American Way” and finish with “Surf Nicaragua”.

With songs from all five of their releases Sacred Reich and Phil Rind’s constant praise of the fans for supporting the band over the course of its lengthy career, the 30 years of ignorance tour rolled into Dublin on a warm summers evening and it was a night to remember. VIP access at no extra cost for all punters was a great idea and I sincerely hope more bands follow suit. It gives the fans something that almost no live show can achieve.

A chance to meet your hero’s, grab an autograph or a quick photo and leave with a head full of memories that will last a lifetime. 4/5

Overdrive recently spoke with Phil Rind about all things Sacred Reich, get the full interview on this link.