1979 was a monumental year for British Hard Rock with the birth of the New Wave Of British Heavy Metal and the subsequent rise of future giants of the genre. Saxon were one of those bands and today (Friday, Jany 18th) the band just announced a 40th anniversary tour with dates in the UK. Get more below; 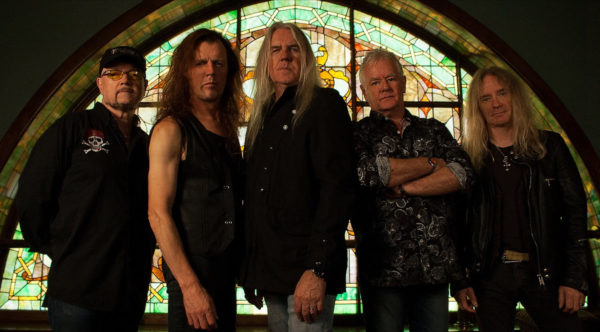 After 40 years and 22 studio album releases SAXON remain as one of those giants of British Heavy Metal and to prove the fact the band are back in 2019 to play 3 iconic shows in iconic venues.

For the first time since the 1980’s Saxon return to headlining London’s legendary Hammersmith “Odeon” and Manchester Apollo, together with their largest Scottish show to date at Glasgow’s Braehead Arena in October 2019, with a mega show featuring staples of Saxon shows past, the castle set in its enormity together with the classic Eagle Lighting rig! 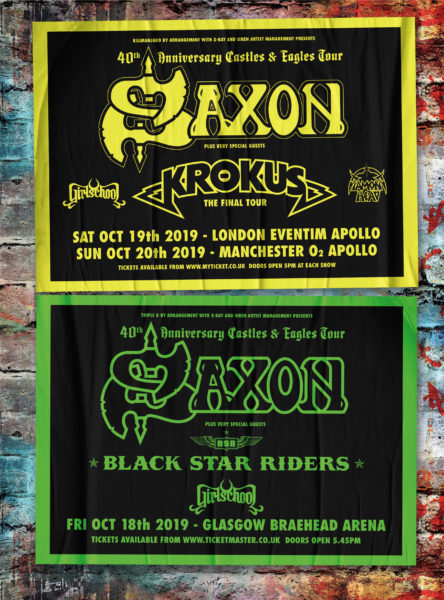 Renamed “The Eagle Has Landed 40” to commemorate the anniversary, the album will be a double CD set (available on other formats including a special box set) containing 40 songs spanning the band’s career.

The Tour Dates are as follows:

To add to an already exciting spectacle, very special guest acts have been included on all shows to make these events no hard rock fan can bear to miss.

For London and Manchester, a four-band bill will include Swiss legends KROKUS who will play their first and only shows in the UK for many years together with friends and NWOBHM icons GIRLSCHOOL & DIAMOND HEAD.  Krokus have decided to retire after this year, so these will also be the band’s last ever shows in the UK. 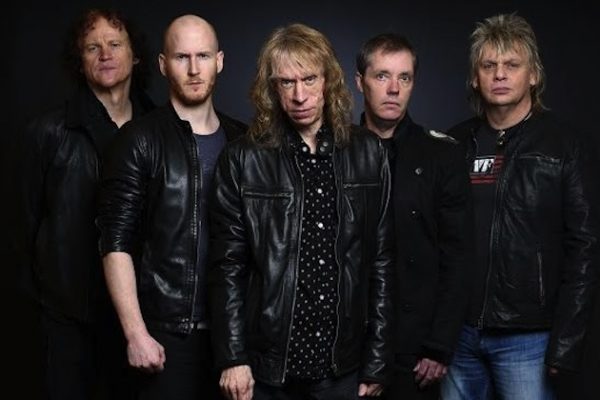 Glasgow will feature special guests BLACK STAR RIDERS, fresh after the release of the pending album No 4, together with Girlschool opening the show.

Biff Byford: “We are very happy to be celebrating 40 years of Saxon by playing these great venues – to be back at Hammersmith and Manchester Apollo is fantastic and to see all our Scottish friends at Braehead Arena just tops it off! The show will be the biggest and best since the classic era of the band and the set list will be …. Well let’s say we’ll start with ‘Wheels Of Steel’ – straight into ‘Strong Arm Of The Law’ into ‘Denim & Leather’ … that good enough for you?”

Krokus’ Chris Von Rohr adds “We all have very good memories about the British fans – and Saxon – long stick will go boom! Together we gonna set the damn roof on fire!”

Ricky Warwick from Black Star Riders comments: “We are absolutely delighted to be special guests to our good friends Saxon at their Braehead Arena show. Glasgow is very dear to us and I personally … have a huge history with the City! Can’t wait to see you all. This will be epic!” 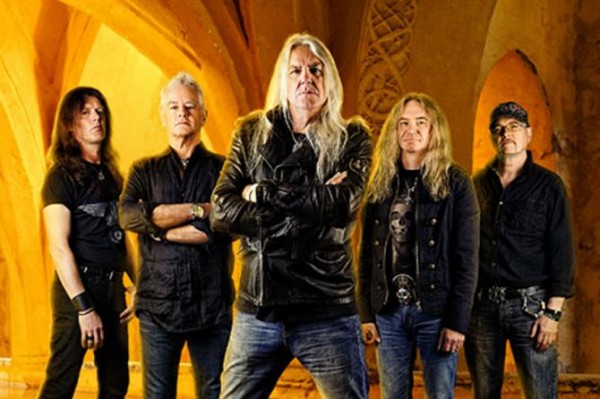 Tickets go on Sale Friday, January 25th at 10 am via the following links:

As a special offer to Saxon fans, the band have an exclusive pre-sale offer for
‘The Eagle Has Landed 40’ from Friday, January 18th at 9 am UK time.

Fans who pre-order the album from saxon.tmstor.es before 8 am Friday 25th will receive Exclusive UK Tour Ticket Pre-Sale Access with all copies of the album including an exclusive replica of the band’s Donington Monsters Of Rock 1982 setlist hand signed by Biff Byford – ready to frame & display! 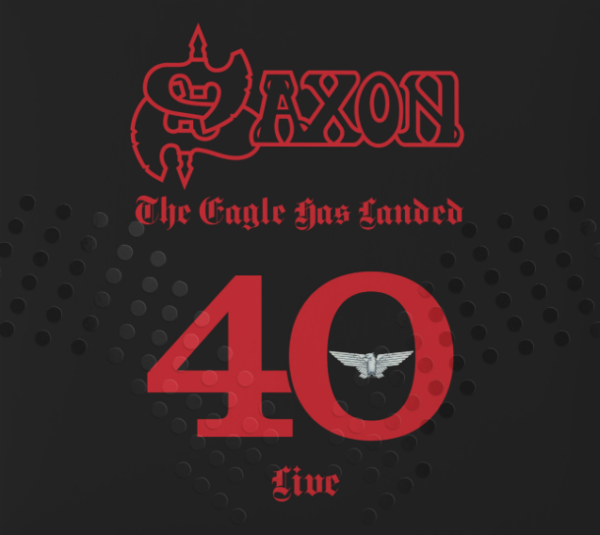