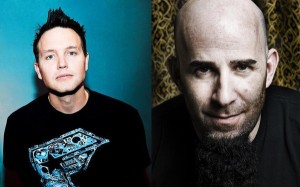 Metal legends IRON MAIDEN picked up the “Inspiration Award” at this year’s Kerrang! Awards, which was held on June 13 at London, England’s Troxy Club. The band was honored for its pioneering role in the New Wave Of British Heavy Metal movement, which emerged in the late 1970s.

Says Ian: “The piece I wrote was too long to say the whole thing, so I figured I’d post it [on my official web site] for you all to check out.” 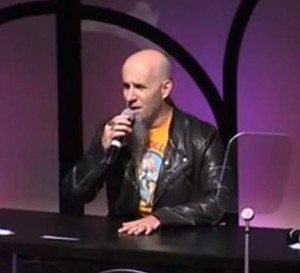 “When I was a kid, I used to go to the record store every day. I’d hang out there after school and go through the rock and metal sections looking for something new, something that I could blow my friends away with at lunch the next day on the shitty little tape player we used to listen to music on. I was always on the lookout for heavier, harder, faster, louder and usually you could tell if an album was going to live up to those criteria just by it’s cover.

“I remember buying MOTÖRHEAD‘s ‘Ace Of Spades’ just because I thought the three dudes on the cover looked cool. I got the record home, put on the first song, ‘Ace Of Spades’, and holy crap, the first thing I thought was, ‘Who the hell are these three Mexicans and how do they play so fast?’ They looked like banditos. Years later I told Lemmy that and they used that quote on their ‘Everything Louder Than Everything Else’ record.

“I can remember being in the record store the week JUDAS PRIEST‘s ‘British Steel’ came out. I was already a PRIEST fan and was fucking stoked to have a new PRIEST record to tear my head off. I had ‘British Steel’ safely tucked under my arm and I was flipping through the record bins, and I saw an album cover that I had never seen before. An album cover to my then 16-year-old eyes that was the coolest fucking thing I had ever seen. The name of the band and the logo were so cool I would’ve bought the record just because of that. That logo, in just a few years, would define heavy metal. The artwork, a zombie with Johnny Rotten‘s hair maniacally staring at me from the cover, telling me that this record HAD to be great.

“This was the only copy they had of this record so I grabbed it and when I got home I couldn’t wait to listen to it. The monster on the cover was compelling me, my hands violently ripping the plastic from the cover, sliding the vinyl out of its sleeve, I was sweating with anticipation as I dropped the needle on to track one and the first chords of ‘Prowler’ assaulted my ears and in that instant, my whole life changed.

“IRON MAIDEN ruled my world for the next decade. No other band was as big of an influence on ANTHRAX. Creatively, we looked up to them as a band because they did everything their own way, not giving a shit about what was trendy or popular because they were IRON MAIDEN. Professionally, we looked up to them because their organization was from band to management to crew an incredible massive machine that would travel the planet on tour and night after night after night never give less than 100%.

“We were lucky enough to be taken under their wing early on, touring with them for months at a time and getting the greatest education a band could ever get. We went to fucking MAIDEN school and we were better for it.

Ladies and gentlemen, I am honored to give the Kerrang! Inspiration Award to the greatest metal band of all time, IRON MAIDEN.”