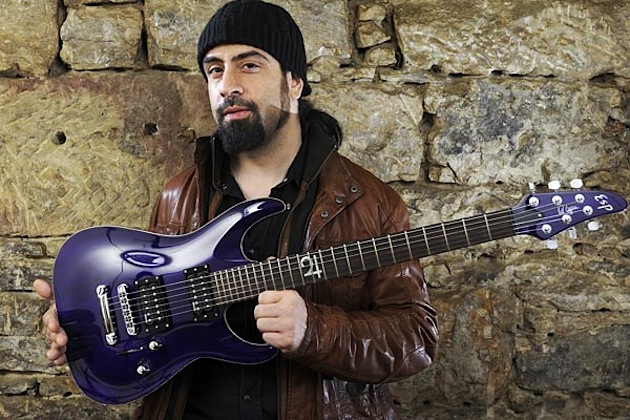 Anthrax guitarist Scott Ian considers it likely that Rob Caggiano has made a mistake in leaving the band – but he’s backing the decision anyway.

Caggiano surprised fans and colleagues by recently deciding it was time to move on. We here at Overdrive are still scratching our heads in disbelief as the band had just managed to get to a place where things were finally starting to come together after years of fractured band decisions and bad timing.

The band didn’t know he was thinking along those lines while they worked on upcoming covers EP Anthems during their last European tour.

Ian tells MTV Hive: “It wasn’t until after the tour ended and we started having conversations. To put it in a nutshell, he just needs to do his own thing at this point in time.

“We knew he had a record that he was going to be doing, possibly. We had already told him, ‘If you need to take a hiatus, that’s fine.’”

Instead, Caggiano decided to make the split permanent – but not before he’d spoken to Shadows Fall axeman Jon Donais about standing in for him.

Ian says: “Rob didn’t want to leave us hanging. As much as it sucks, this whole thing has been friendly.

“I may think Rob has made a mistake by leaving the band – but at the same time he’s my friend and I back his decision all the way in whatever he needs to do.”

Caggiano has said he’s concentrating on his production career in the immediate future, including work on Volbeat’s next album. But he’s aiming to be back on stage in the mid-term.

Meanwhile, Anthrax are gearing up to perform classic album Among The Living live on tour. Ian’s looking forward to it but adds: “Imitation Of Life is a song we’ve never played live. It’s relentlessly fast – we don’t write riffs like that. It’s almost like I have to re-teach my right hand how to be able to do that.”

And although the band have been nominated for a Grammy at next month’s ceremony, Ian won’t be there to accept the gong if they win. “The metal award is segregated into the ghetto of the pre-awards,” he says.

“Obviously, hard rock and heavy metal is not important enough to be on the telecast with all the pop and all other crap.

“I have to walk the red carpet and do press – that happens while the pre-awards are already going on. Either I will be walking the red carpet knowing that we already won or knowing we lost. So my acceptance speech is on the red carpet – either, ‘Yay, we won,’ or, ‘We are the four-time Grammy losers Anthrax.’”

Anthems, Anthrax’s long-awaited, eight-track EP that pays tribute to the classic songs by some of Anthrax’s favorite bands from the 1970s, will be released in North America on March 19 (MRI/Megaforce), and on March 22 in Europe (Nuclear Blast). Anthems’s track listing features Rush’s “Anthem,” Thin Lizzy’s “Jailbreak,” “TNT” by AC/DC, Boston’s “Smokin’,” “Big Eyes” by Cheap Trick, Journey’s “Keep on Runnin,” as well as the album version and a special remix of Anthrax’s “Crawl” from the band’s critically-acclaimed 2011 album Worship Music. 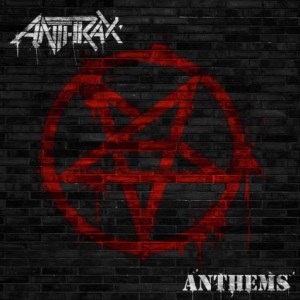 Said the band’s vocalist Joey Belladonna, “These are all bands I grew up with and have listened to forever. It’s just great music. I had fun singing these songs and I was happy recording together with Anthrax, doing classic rock songs. Fun stuff!”

On Boston’s “Smokin’,” Anthrax brought in a special guest to play keyboards – Fred Mandel, who has played with Alice Cooper, Queen, Elton John, Cheap Trick, Supertramp and on Pink Floyd’s The Wall. About the track, drummer Charlie Benante said, “If ever there were a perfect first album, it’s Boston’s first album. The harmony leads they did would later be heard by Iron Maiden, which of course would lead to thrash metal.”

The EP will be available on CD as well as digitally via iTunes and other online retailers. In addition to Anthems’ cover art (attached), Benante and artist Stephen Thompson have subtly redesigned each track’s original album cover art to “Anthrax” it. The Anthems EP will first be housed in one of the “re-imagined” digipak covers, and then inserted inside the main CD cover sleeve. The main cover sleeve has been designed in such a way so fans will be able to see which one of the six “re-imagined” covers is inside.

Anthems was produced by Anthrax, Jay Ruston and Rob Caggiano, and recorded for the most part throughout 2012 literally all over the world: at Benante’s home studio, in Ruston’s New York studio, on the band’s tour bus while on last summer’s Mayhem Tour, in hotel rooms, and backstage at their Berlin show last December.

The Grammy-nominated Anthrax – Belladonna, Benate/drums, Scott Ian/guitar and Frank Bello/bass – will hit the road in support Anthems on February 16 with dates in India and Australia, and then return to North America to headline the Metal Alliance Tour that kicks off March 22. For all of these dates, Anthrax will be joined by Shadows Fall guitarist Jon Donais. 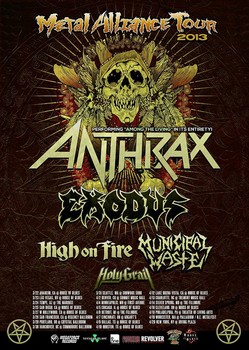