SEPULTURA BANNED FROM PERFORMING IN LEBANON .


The SEPULTURA performance that was scheduled to take place at The Palace – hamra in Beirut on April 28th was cancelled due to the fact that the band was not allowed to perform in the country by the general security office.

It is the first time in SEPULTURA’s 35 year history that they have been banned from performing in a country.

The stream will be taking place at this location.

Tune in this Thursday 2nd May at 10 pm Lebanese time / 8 pm BST to view a stream of the entire performance.

The band would like to thank Skull Session, Sepulnation around the world, media that have covered the situation and the Embassy of Brazil in Beirut for all their support. 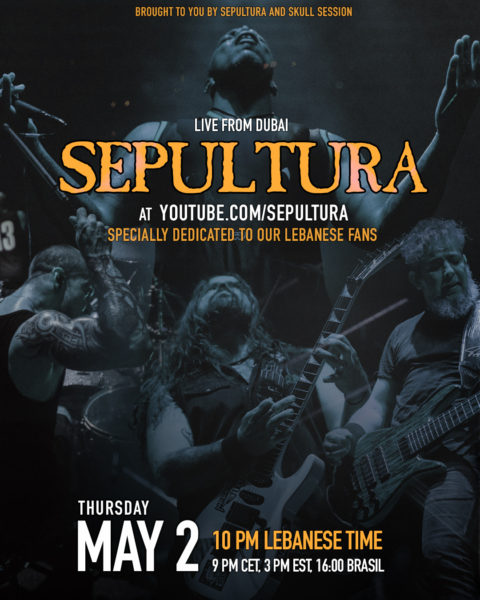